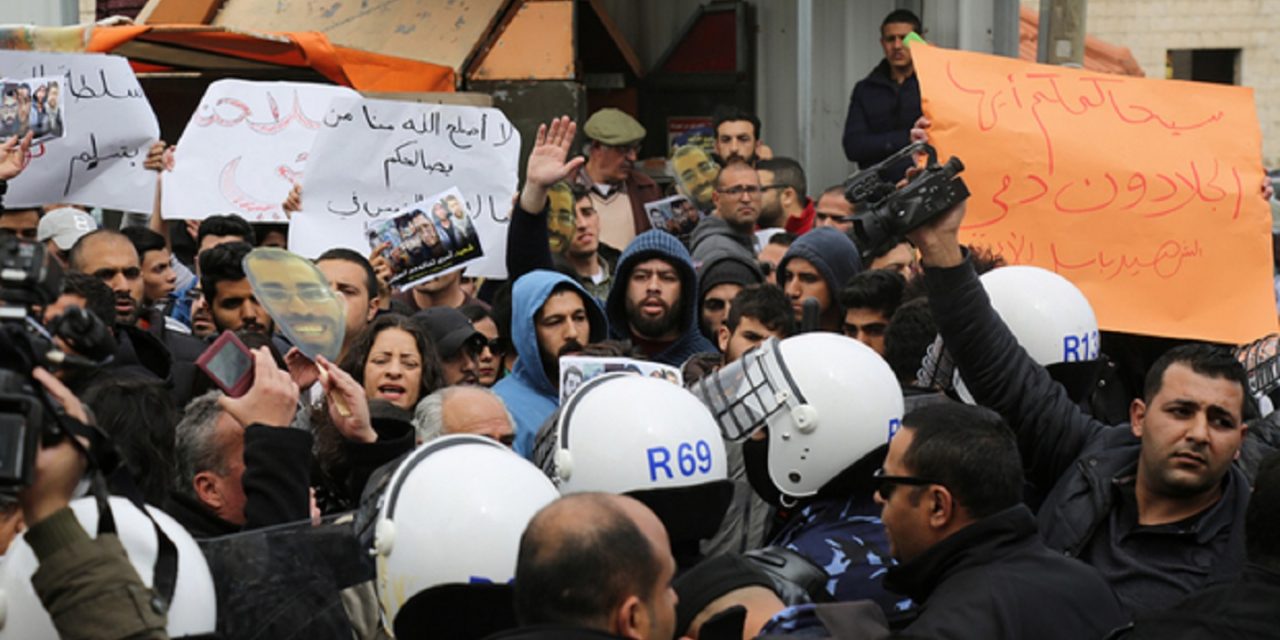 Amnesty International condemned the Palestinian Authority (PA) for trampling on the rights of freedom of expression and peaceful assembly during a crackdown on a protest outside the Ramallah District Court this past Sunday.

“There can be no justification for violently storming a peaceful protest,” said Magdalena Mughrabi, Deputy Regional Director for the organization’s Middle East and North Africa division.

“Video evidence obtained by Amnesty International shows Palestinian security forces resorting to brutal and alarming means to crush the protest in flagrant violation of their obligations to uphold and protect the rights to freedom of expression and peaceful assembly,” she explained.

Amnesty International said some of its researchers saw security forces beating demonstrators with wooden batons and using pepper spray, resulting in the injuries of at least 21 people, 17 of whom were hospitalized.

Mughrabi called upon the PA’s prime minister Rami Hamdallah to ensure his follow-up investigation of the incident would be, “independent, impartial and thorough and that all those found to be responsible are held accountable for their actions.”

The approximately 100 demonstrators were protesting the prosecution of six Palestinians for possessing firearms. According to Amnesty International, four of the Palestinians are being held in administrative detention by Israel.