60,000 Jews have left France in the last 10 years amid alarming rise of anti-Semitism 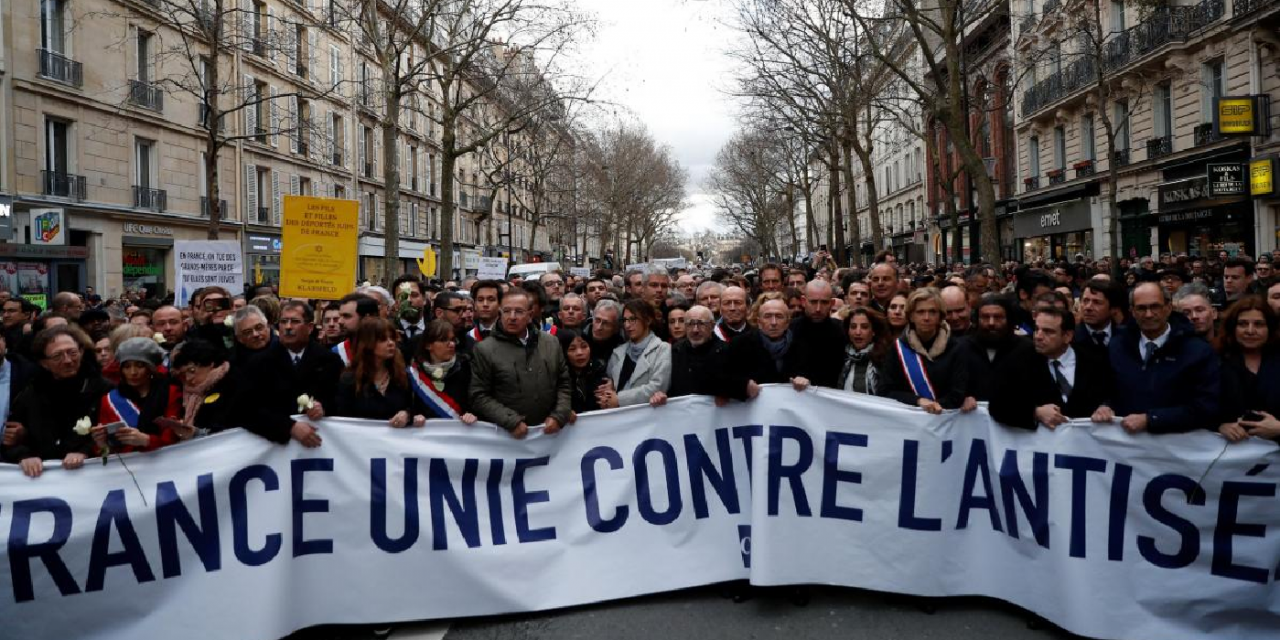 French historian, Mark Knobel, has published a book where he exposes the remarkable increase of anti-Semitism in France.

Knobel says “Since 2006, eleven French people have been murdered because their only fault was to be Jewish,” and adds that “60,000 left in the space of ten years for a community of around 500,000 people”. He thinks this will not stop there.

Since 2000, the number of anti-Semitic acts has drastically increased in France. As opposed to 1998 and 1992 where there were only 81 and 82 attacks respectively, 744 attacks were reported in 2000. This accounts for almost ten times the number of previous years.

The anti-Semitic attitudes have permeated into the French society where children are insulted at schools just for being Jewish and have become more evident after the cruel murder of French Holocaust-survivor Mireille Knoll last month.

The new rise of anti-Semitism has also been covered by other sources. The survey of Anti-Semitic Attitudes in France provides rather shocking evidence, with the influence of radical Islam contributing to this rise.

The research states that the “proportion of Muslim respondents with anti-Jewish views is two to three times higher than the French average, and even higher if the Muslim respondent has a strong religious involvement.