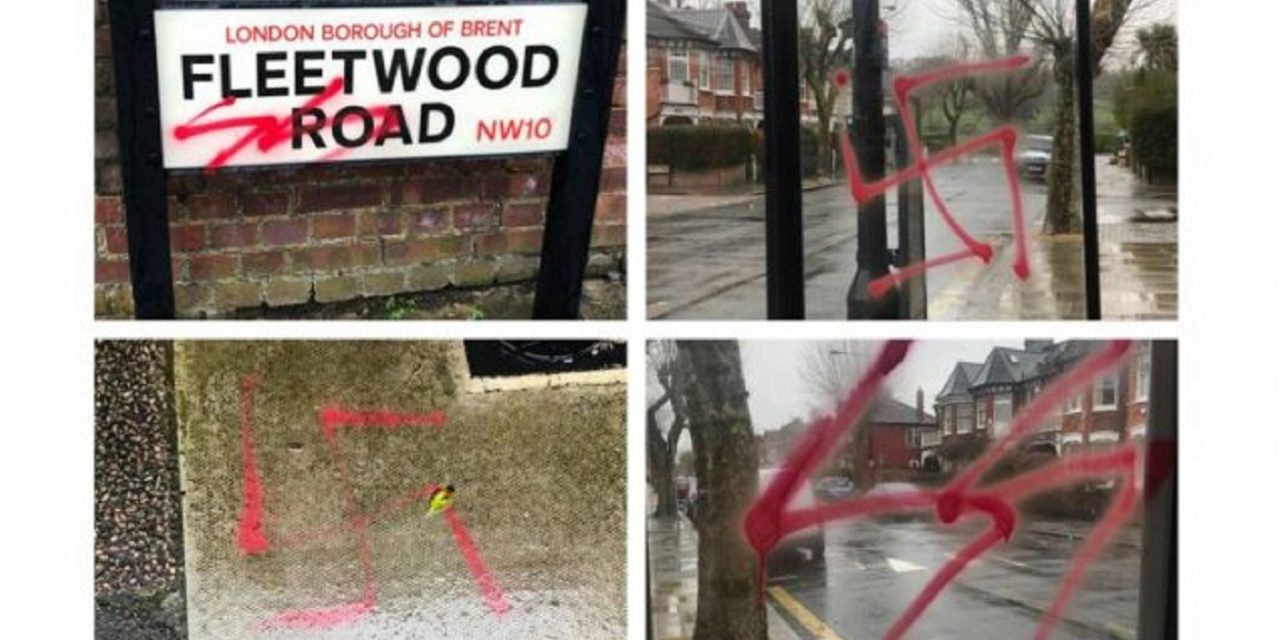 Swastikas and SS logos were spray-painted on street signs, a bus stop, and outside people’s houses in the area of Dollis Hill, London, over the weekend.

The offensive graffiti, which was noticed on Sunday, has since been cleaned off by community groups.

The police said in a statement that they were called at 10am on Sunday, 8 April “to reports of anti-Semitic graffiti written in and around Hamilton Road, NW10. No arrest, and no suspect has been identified – if any information comes to light about the incident, it will be assessed by officers.”

TfL’s Director of Compliance, Policing and On Streets Services, Steve Burton, condemned the “vile racist act of vandalism” and said they’d “assist the police with their investigation.”

Local Labour MP Dawn Butler told Jewish News she was “horrified” by the graffiti, adding that “anti-Semitism has no place in society and we must stand together against hatred, racism and bigotry in all its forms, wherever we encounter it.”

“The actions of a tiny minority will not dent our mutual respect for one another in our community. We all show solidarity with our Jewish residents, defiant against the attempts by a few to spread fear and hate.”