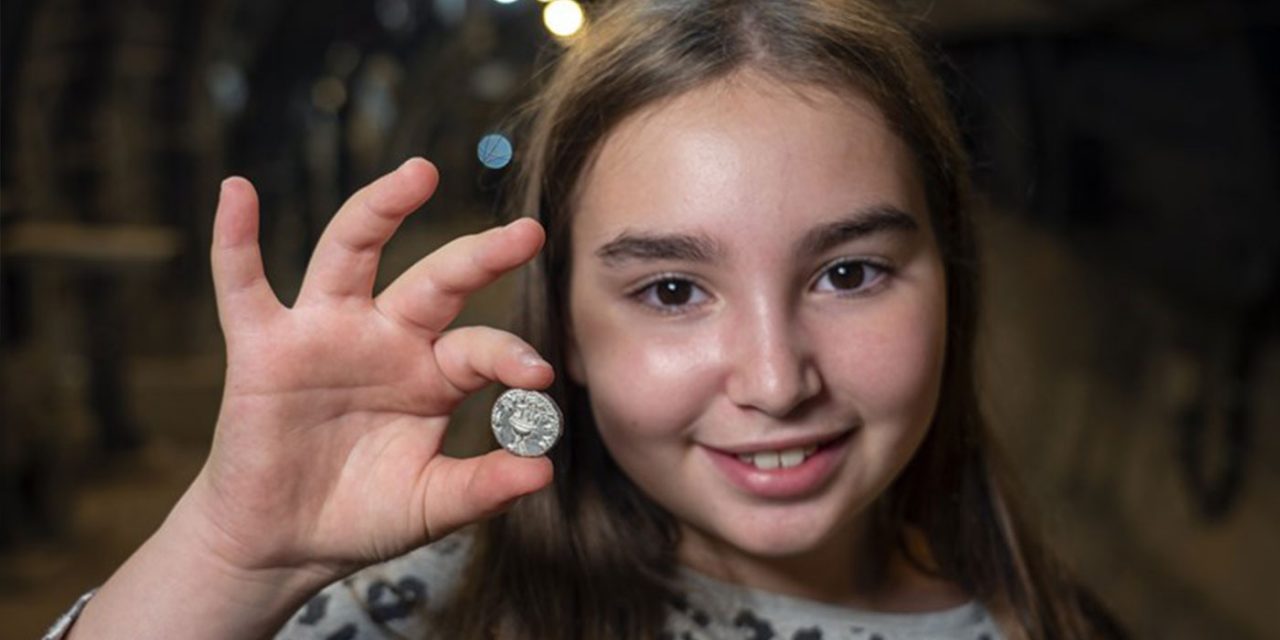 A shekel made of pure silver that was used for trade in Jerusalem about 2,000 years ago, during the Second Temple period, was discovered in Jerusalem by an 11-year-old girl.

The coin weighs about 14 grams. On one side is an inscription of a cup with the caption: “Israeli shekel” and next to the cup are the letters: ש”ב – shorthand for “second year” – the second year of the Great Revolt of the Jews against the Romans (67-68 CE). On the other side of the coin is an inscription identified by scholars as the headquarters of the High Priest, and next to it appears in ancient Hebrew script the words: “Holy Jerusalem.”

According to Dr. Robert Kool, Head of the Coin Department of the Israel Antiquities Authority, “This is a rare find, since out of many thousands of coins discovered to date in archeological excavations, only about 30 coins are coins made of silver, from the period of the Great Revolt.”

The coin was discovered in dirt that came from archaeological excavations conducted by the Israel Antiquities Authority on the “Pilgrimage Road,” in the City of David National Park.

According to archaeologist Ari Levy, Director of the Excavation on behalf of the Israel Antiquities Authority, “This street, which connected the Siloam Pool in the south of the City of David to the Temple Mount in the north, was Jerusalem’s main street during the Second Temple period, where thousands of pilgrims marched on their way to the Temple.”

“There is no doubt that there would have been extensive trading here. This is evidenced by the many weights and bronze coins we have found here. But to find a rebel coin made of pure silver is definitely very special and exciting.” 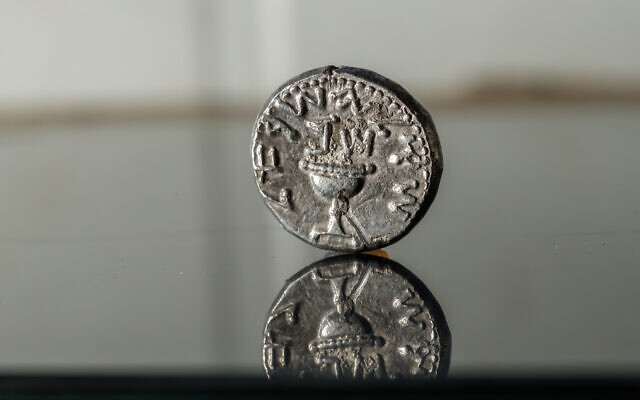 Dr. Kool theorizes that the silver from which the coin was made came from the plentiful silver reserves in the Temple, and that it was minted on the Temple Mount plaza – possibly by one of the priests, who worked in coordination with the rebel leaders and assisted them. Where else could you find silver in such quantity and such high quality in those days? Only in the Temple.

“If so, we can say with caution that this coin is, apparently, one of the only items we can hold today that originated on the Temple itself,” he said.

Dr. Amit Reem, Jerusalem District Archaeologist of the Israel Antiquities Authority added: “This inscription revealed that the famous Colosseum we all know in Rome was built by the Romans from the spoils of the Temple looted from Jerusalem. It reads: ‘Emperor Vespasian (who, along with his son Titus, suppressed the Jewish Revolt and destroyed the Temple) ordered the construction of this new theater amphitheater (the Colosseum) from his share of the spoils.'”

“One can only imagine the extent of the loot and the amount of money the Romans found in the Temple storehouses,” commented Dr. Amit Reem.