WATCH: New US ambassador slams UN security council – “U.S. is determined to stand up to the UN’s anti-Israel bias” 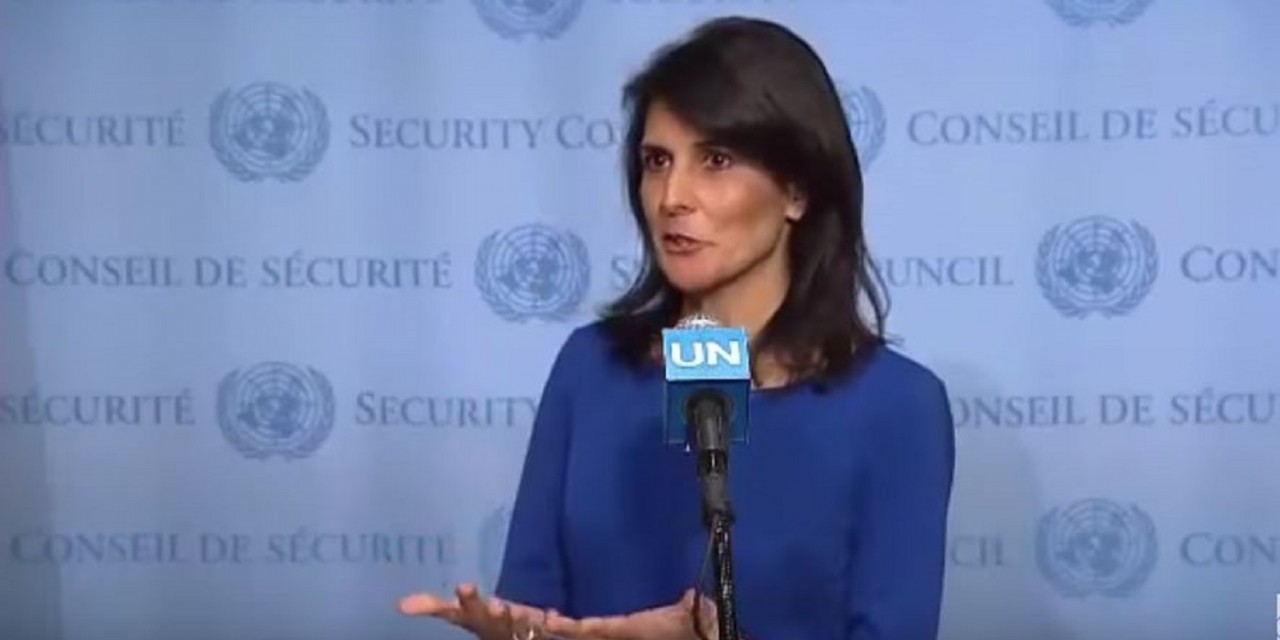 New US Ambassador to the UN Nikki Haley has told members of the press that the United States would no longer “turn a blind eye” to the blatant anti-Israel bias at the international organisation, following attendance at her first monthly Security Council meeting,

“The first thing I want to do is talk about what we just saw in there,” she began before saying that she had found the regular meeting on Middle East issues “a bit strange.”

In relation to the US failure to use its veto on 23 December under the previous administration, Haley said, “We will not repeat the mistake of [Security Council] Resolution 2334 [which castigated Israel for settlement building], instead we will push for action on the real threats in the Middle East.”

Haley related how the US sought unsuccessfully to get the Security Council to condemn a Palestinian terrorist attack in which a terrorist driver attempted to run over innocent Israelis and stab them. She said the council’s decision to block a statement of condemnation was “shameful.”

Spokesman for Israel’s Ministry of Foreign Affairs, Emanuel Nachshon, said, “The US Ambassador to the UN’s remarks signal the beginning of a new era in which the world’s biggest power says ‘enough!’ to discrimination against Israel in international institutions. For us, this is a substantial moment. The Ministry of Foreign Affairs have been distributing her statements via all its public diplomacy channels.”