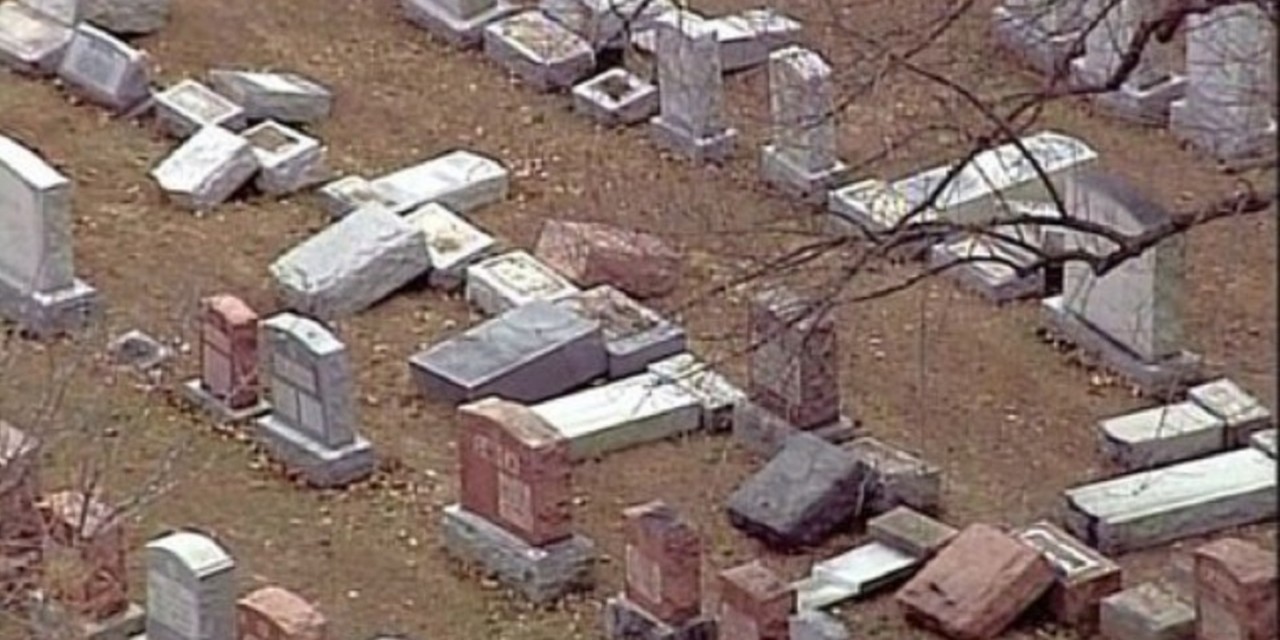 Over 100 headstones have been vandalised at an historic Jewish cemetery near St. Louis, Missouri.

According to local news source KTVI, it is believed there was some organisation behind the crime, meaning this was not the act of one individual. An investigation has been launched.

BREAKING: More than 100 headstones have been vandalised at a Jewish cemetery in St. Louis, Missouri. It comes on the same day that 10 Jewish centres received bomb threats across the US, the fourth wave of threats in a month.

Posted by Christians United for Israel – UK on Tuesday, February 21, 2017

The Jewish cemetery at Chesed Shel Emeth Cemetery in University City dates to 1893. The tombstones vandalised are in an older section of the cemetery; much of which pre-date 1960.

A steady stream of people were stopping by to see if the toppled headstones belonged to any of their family members who are buried at the site.

“These are holocaust survivors that are in here they shouldn’t have to endure anymore trauma let them be settled,” said Robin Rickerman whose elders including great aunts and uncles are buried at the gravesite.

Police said they’re reviewing security camera footage from the area, but no arrests have been made as of Monday afternoon.

All Nations Church  is collecting donations to be given to the cemetery.