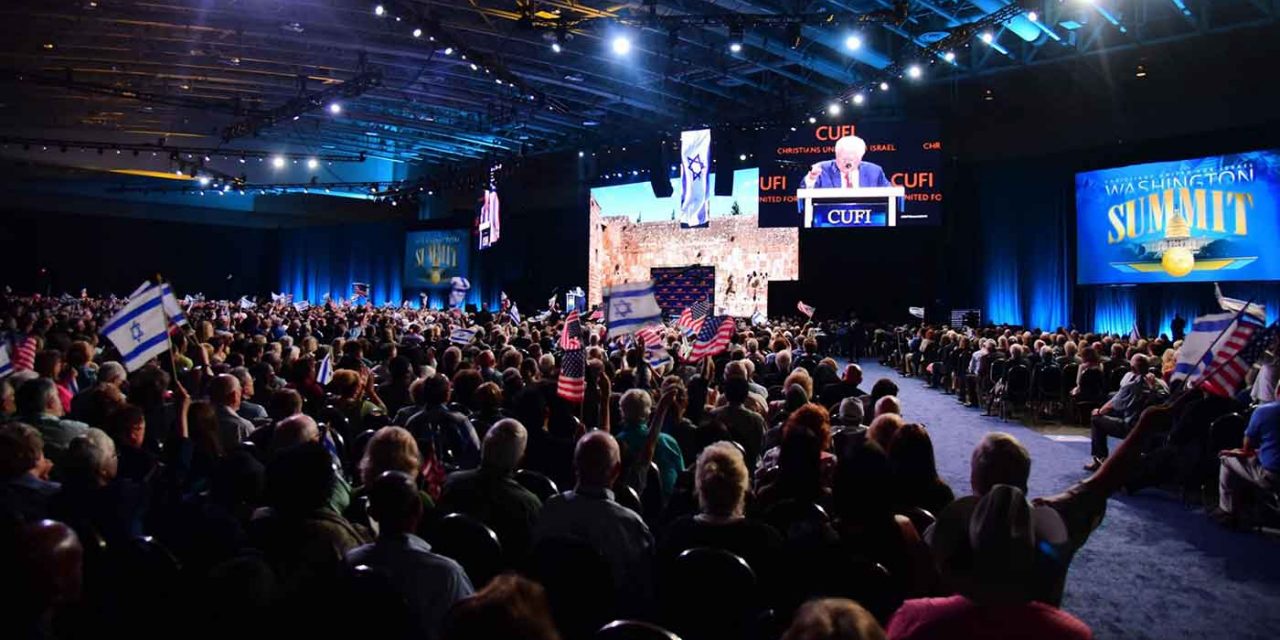 Christians United for Israel’s Washington Summit 2019 finished yesterday, but you can relive the entire event over the last few days right here on this page.

In this second session, you will hear speeches from a host of individuals including a Q&A with Trump’s Middle East adviser Jason Greenblatt, Ambassador John Bolton, US Secretary of State Mike Pompeo and Israel’s Ambassador to the UN Danny Danon.

Session 3 – A Night to Honour Israel

The Night to Honour Israel took place on the evening of the first day and featured powerful musical performances and speeches.

Session 4 – View from the Hill

The fourth and final session is the “View from the Hill”, where delegates were prepared for their meetings later in the day with their members of the US Congress on Capitol Hill.

The speakers in this session included US politicians, such as Senator Ted Cruz, Senator Marco Rubio and Senator Tim Scott as well as Paul Teller, who is Special Assistant to the President in the Office of Legislative Affairs, being interviewed by CUFI’s very own, Erick Stakelbeck, host of The Watchman.