As the mountains surround Jerusalem – A letter from CUFI 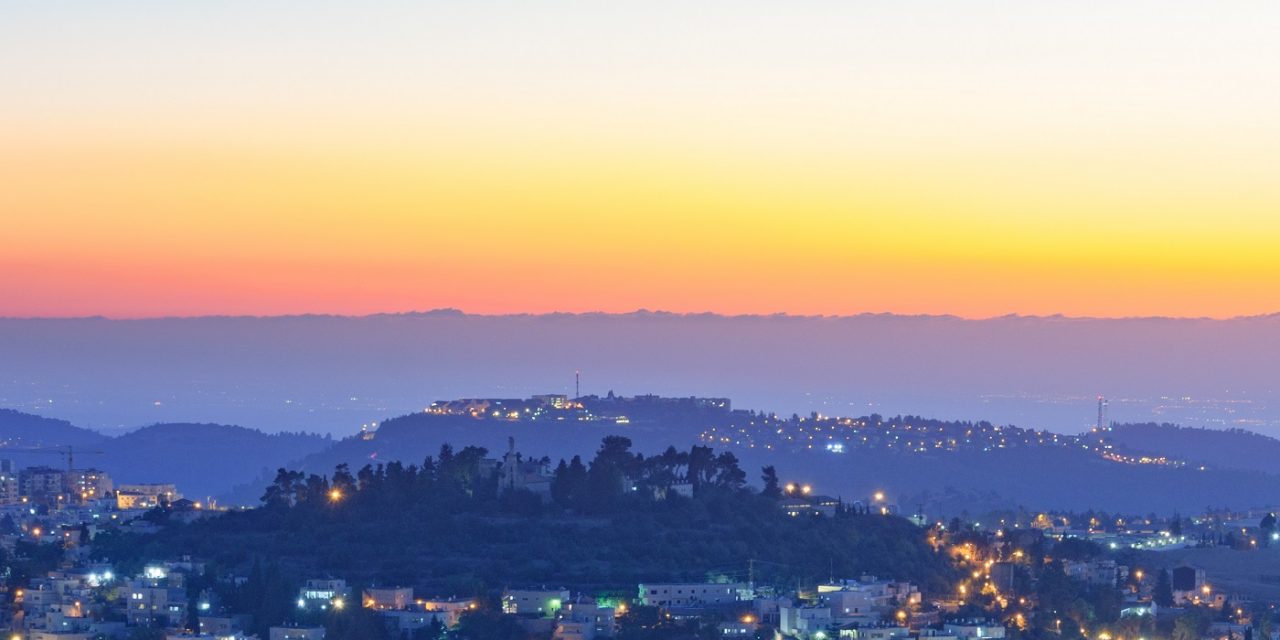 This Psalm draws upon the example of God’s protection over the people of Israel and is a reminder in these troubling times that our strength comes from the Lord.

There is no force on earth that can stop God’s purposes from being fulfilled. For God created the heavens and the earth. He breathed life into man. And our God made covenants with His people, keeping every promise He ever made.

We know God cannot fail. However, we cannot simply sit back and watch. We are called to be watchmen and take action to withstand the plans of the enemy.

One of the main battlegrounds in our world today is regarding Israel and the Jewish people. This battleground is both physical and spiritual.

Israel is more than a country and the importance of her cause is far deeper than just politics. As Christians, standing with Israel means we are standing on the promises of God when He made an everlasting covenant with the Jewish people and gave them the Land of Israel as an everlasting possession. And that promise is being fulfilled today before our very eyes.

Satan knows the importance of Israel in God’s plans. This is why he has sought to undermine God’s promises at every opportunity.

Every weapon at Satan’s disposal is being used to try and tear down this truth. Whether it is the ambition in men’s hearts to conquer Jerusalem or the hatred that drives them to conspire to destroy the Jewish people. Like a virus, anti-Semitism is sweeping the nations of the world. Hatred of Israel is invading learning institutions and poisoning the minds of our youth. Global organisations are being manipulated to repeatedly condemn the world’s only Jewish state above all else. Activist groups are singling out Israel to isolate and boycott. And terrorist organisations are seeking to destroy Israel and the Jewish people. Most shamefully, many in the church are being deceived into hating Israel and reject the truth of the Bible.

The reason Satan has stirred up this hatred is that Israel is a living, breathing example of God’s promises being fulfilled on this earth.

As the Scriptures say, in these latter days we are facing wars, rumours of wars, pestilences, plagues and famines. A novel virus is currently sweeping the world. Furthermore, it is causing fear to spread even faster than the virus itself.

So many have turned away from God and feel without hope in these times. However, we know that God is faithful. Just as Psalm 125 says, “As the mountains surround Jerusalem, So the Lord surrounds His people.”

God’s faithfulness to Israel throughout the ages is a testimony of God’s faithfulness to keep His promises. We have been grafted into the root and the Lord surrounds us just as He surrounds Israel.
On 18th March, CUFI launched a Day of Prayer and Fasting as an offensive against the Coronavirus. We did this to encourage supporters to take courage in these times.

At Christians United for Israel, we firmly believe we are called to stand up and speak the truth. And we thank you for standing with us.

In the past, Britain has been used mightily by God to fulfil His purposes for the Jewish people. It was British and Commonwealth forces who regained control of the Holy Land and Jerusalem itself in 1917. Our unique position enabled the reestablishment of the nation of Israel through the Balfour Declaration and the eventual return of Jewish people to the land. It was Britain and our allies who confronted the vile hatred of the Nazis which threatened to wipe out the Jewish people in Europe. We believe that Britain will once again be on the right side of history concerning Israel and the plans and purposes of God in these times ahead. As we seek God’s blessing for Britain, let us not forget Genesis 12:3, in which God promises to bless those who bless Israel.

We know these are trying times. But we must press on with the mission God has placed on this ministry. We believe He will provide through the giving of those who believe and stand with this cause.

We know that finances are strained for so many at this time, but we would ask you to consider, where you are able, to donate a monthly gift to further our work or a one-off donation as your support is vital at this time. And if you are unable to give right now, your support in praying for the ministry and participating in our campaigns is vitally important also.

Our resources are little, but in His strength and with your support, we will overcome.

Finally, we pray for you and your family at this time and I urge you to continue praying for our nation and for the peace of Jerusalem