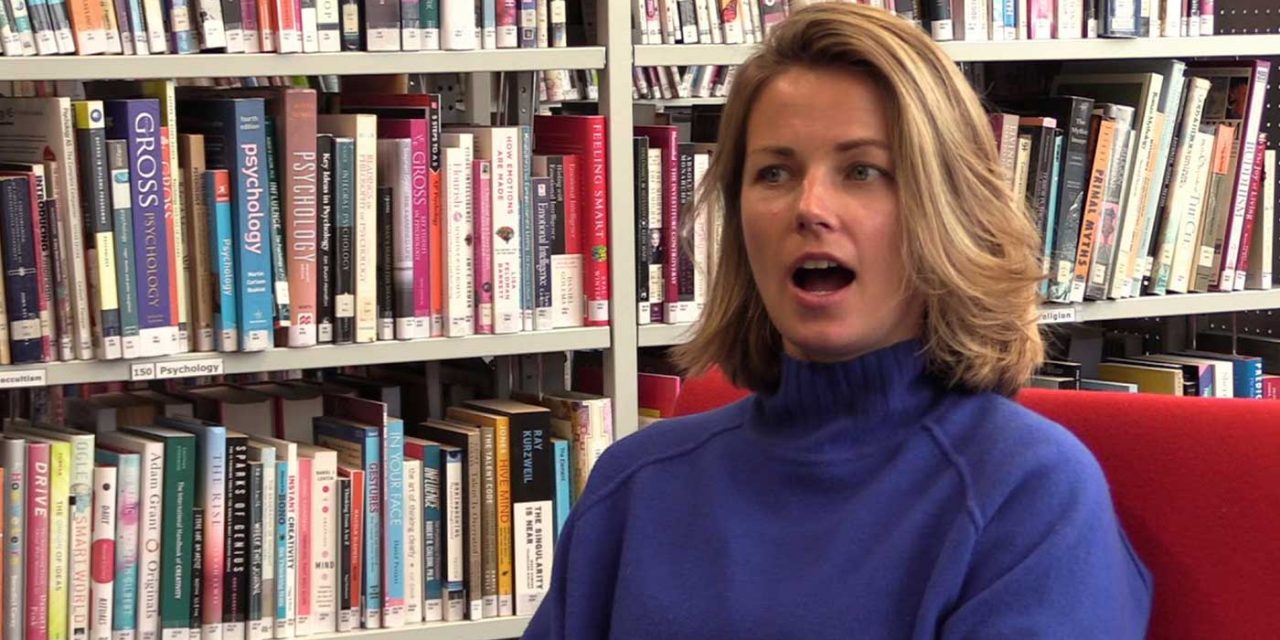 A senior BBC producer has admitted to sharing “inaccurate” pro-Palestinian propaganda on social media. The tweets include blatant lies and false information being shared which is even more troubling because she is heading up a new BBC programme looking at Palestinians living in East Jerusalem, almost certainly from an anti-Israel angle.

The Jewish Chronicle broke the story of Rosie Garthwaite’s tweets where the BBC producer admitted to sharing “inaccurate” posts that painted Israel in a bad light. Garthwaite is a BBC producer and author of the book, “How to Avoid Being Killed in a War Zone”.

Rosie Garthwaite confirmed to the JC she had “un-retweeted” a false map illustration from her personal Twitter page that dramatically over-stated alleged Palestinian land loss to Israel.

The JC also discovered that the 40 year-old journalist and author has shared several other false or controversial claims about Israel on social media – including attacking “British duplicity” over the signing of the Balfour Declaration, wrongly suggesting Gaza’s “one” border is controlled by Israel and retweeting an article from the notorious Middle East Eye publication describing controversial activist Ahed Tamimi as an “icon for Palestinian resistance”. 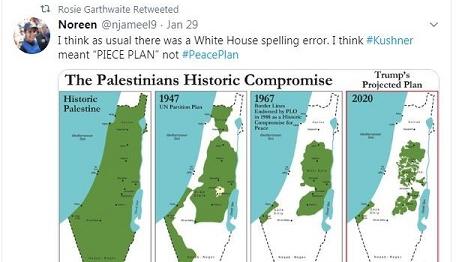 The news comes as the BBC starts to crack down on BBC employees from expressing political views on Social Media and other outlets.

On November 2nd 2017, the same day as the 100 year anniversary of the Balfour Declaration, Ms Garthwaite shared a post on her personal Twitter account which read: “Happy one hundred years of British duplicity in the Middle East, folks.”

In another post, from March 2019, Ms Garthwaite herself wrote false claims relating to Gaza which suggested 1.85 million Palestinians were suffering in a region which has only “1 exit through an Israeli-controlled border.” Gaza also has a border with Egypt. 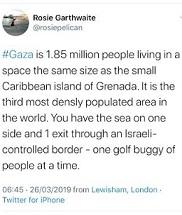 She also shared a tweet of an article written for the anti-Israel publication Middle East Eye which suggested controversial activist Ahed Tamimi had become an “icon for Palestinian resistance.”

Then in November 2018 she shared another post blaming Israel and a “botched uncover ops in Gaza” for breaking a ceasefire with Islamist group Hamas. 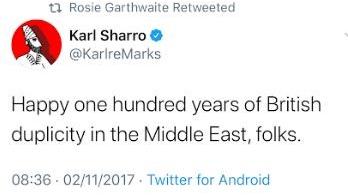 Further evidence of Rosie Garthwaite’s anti-Israel viewpoints can be found on her YouTube channel.

Garthwaite’s YouTube channel features three video highlights of news presenter Jane Dutton, apparently put together by Rosie Garthwaite herself. A number of the clips chosen for this highlights reel include anti-Israel narratives and attacks on Israeli politicians.

This further illustrates that anti-Israel attitues of Garthwaite which are troubling because of the position she holds within the BBC. Especially since the BBC is supposed to be impartial, is British public funded and the programmes she is working means she can influence audiences against Israel.

Sadly, it appears that Rosie Gaithwaite’s bias against Israel is turning into an anti-Semitic attitude.

In a letter also sent to the BBC chairman Sir David Clementi and Ms Garthwaite herself, it was suggested she “has repeatedly presented us with one-sided and inaccurate statements” and that the programme “intends to vilify Israel, Jewish history and Jewish charities and present a number of false and misleading claims.”

The producer (Garthwaite), who has previously worked for the Al Jazeera channel, also wrote to City of David’s Doron Spielman saying she believed the programme – which she said was being made as “part of an international investigation involving major media organisations in liaison with the International Consortium of Investigative Journalists” – was “going to be a fair and accurate account of events.”

Mr Spielman agreed to given an interview for the documentary earlier this summer in which he faced questions about the role of Elad and the City of David organisation in the building of Israeli settlements and the carrying out of archaeological digs in “occupied territory in East Jerusalem.”

He told the JC he did not dispute that the BBC has the right to “fully investigate the story.” But he said “what is unacceptable is that in this case and in many others involving the BBC their investigation seemed to be biased from the outset.”

Mr Spielman said he agreed to give his interview after Ms Garthwaite assured him she would produce a “fair and balanced documentary.”

He said he believed he had answered all the questions put to him but that to his “dismay, but surprise, the producer sent me a list of follow up questions.”

The JC put these claims to Ms Garthwaite and the BBC. A spokesperson said: “We do not comment on investigations”. It was also stressed that one right of reply does not reflect an entire investigation.

She tells Mr Spielman that journalists on the programme “have been investigating donations made by Mr. Abramovich to Elad in Israel” adding that the “BBC has learned that BVI-registered companies that have donated $100 million to Elad between 2005-2018 are controlled and/or owned by Mr. Abramovich.”

She adds: ”Elad actively builds Israeli settlements and carries out archaeological digs in occupied territory in East Jerusalem; both of these activities are considered illegal under international law.”

Ms Garthwaite also says the documentary “will go out in Arabic and English and many other languages across the BBC network as well as in news, radio, digital, and social media formats” later this year.

Ms Garthwaite writes that the programme will investigate the “settling of Jewish people in occupied land” and takes issue with Mr Spielman’s claim that the Elad organisation was “David to the opposition’s Goliath in terms of funding.”

She writes of Mr Abramovich’s donations to the organisation: ”Elad is supported by Israel’s richest citizen, as well as by the Israeli government” and adds that the “entire annual budget” of the Palestinian Authority is “smaller than Mr Abramovich’s fortune.”

Responding, Mr Spielman wrote: “You state that Elad participates in illegally settling ‘Jewish people’. There are no international legal issues which apply to the ‘Jewish People’ which is an ethnoreligious group.

“If objections are made, they are regarding ‘Israelis’, which is based on citizenship, not based on ethnicity or religion.

“Your claims involving the “Jewish people” are careless at best and antisemitic at worst. I would ask that you explain your intentions here.”

He also accused BBC journalists of approaching “summer interns” who worked at the City of David years ago, “chasing them and asking leading questions” on matters they had no knowledge of.

It appears that Rosie Gaithwaite’s bias against Israel is turning into an anti-Semitic attitude.