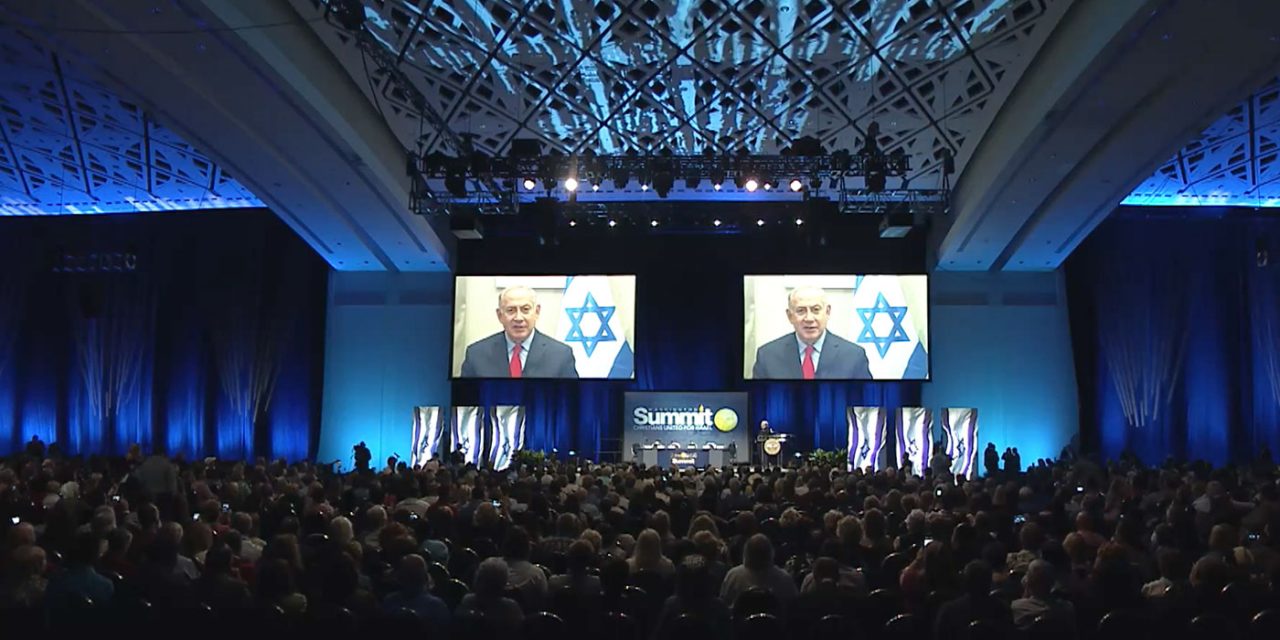 Speaking via satellite uplink from Budapest, Hungary, where he was on an important state visit, the Prime Minister praised CUFI founder Pastor John Hagee as “a longstanding friend”, who is there “through thick or thin”.

He went on to say to those gathered, “You are always there for us. We have no better friends on earth than you.”

He continued, “Jerusalem is the eternal, undivided capital of Israel and the Jewish state and thus it will remain. I want to say something else that I think is important. We have wonderful cities in Israel, we have a great city called Tel Aviv.” he said, “but Tel Aviv is not Jerusalem”.

Netanyahu was referring to the fact that CUFI lead the way in calling for President Donal Trump to move the US embassy to Jerusalem earlier this year.

Unfortunately, President Trump chose to postpone moving the embassy, something that left many Christians supporters of Israel feeling let down by the President feeling he had broken his promise. However,Vice President Mike Pence also spoke at the CUFI Washington Summit later in the day where he promised it was “not if, but when” regarding the embassy move.

Posted by Christians United for Israel (CUFI) on Monday, 17 July 2017

“Since Israel liberated Jerusalem we have ensured the freedom of access to all faiths,” he said, “If you see what is happening elsewhere in the Middle East, they are blowing up each other’s mosques, they are blowing up churches, they’re decimating Christians and doing horrible things.”

“People often make a mistake in conventional discussions when they used to say that militant Islamists hate the west because of Israel. Its actually the other way around,” he continued. “They hate Israel because of the west – because we represent a free society built on the foundation of Judeo-Christian heritage. This is the society they despise so much.”

“Israel is the bulwark of freedom in heart of the Middle East.”

“Israel represents everything that you represent in the most dangerous and volatile place in the Middle East. There is one society, one government, one army that guarantees our values – your values,” he stressed.

“I know you’ve always, always stood with us. You stand with us because you stand with yourselves because we represent that common heritage of freedom that goes back thousands of years.”