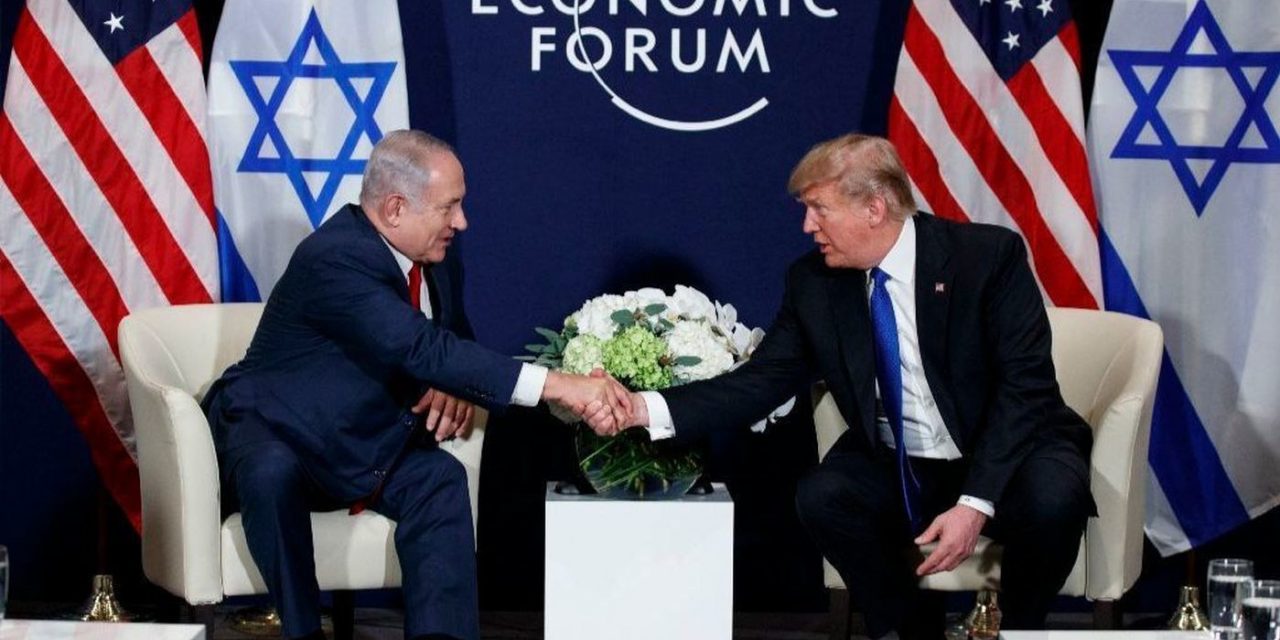 During yesterday's meeting between PM Netanyahu and President Trump in Switzerland, Netanyahu praised America’s historic support of Israel at the UN, as well as for “expediting the moving of the US embassy to Jerusalem.”

Posted by Christians United for Israel – UK on Friday, 26 January 2018

Israeli Prime Minister Benjamin Netanyahu and President Donald Trump met in Davos, Switzerland, on Thursday for the first time since the president’s Jerusalem declaration last month.  Prime Minister Netanyahu was extremely appreciative of President Trump’s decision to recognise Jerusalem as Israel’s capital and to move the U.S. Embassy from Tel Aviv to Jerusalem.

Below are some excerpts of  Netanyahu’s remarks:

“Mr. President . . . this is a historic decision that will be forever etched in the hearts of our people for generations to come.  People say that this pushes peace backward. I say it pushes peace forward, because it recognizes history, it recognizes the present reality. And peace can only be built on the basis of truth.  By recognizing history, you’ve made history, and we will always remember that.

“We also support you completely in your stalwart position on the Iran nuclear deal. . .  You said that if its fatal flaws are not fixed, you should walk away from it.  And I want you to know that if you decide to do that, then we will back you all the way.

“We also appreciate the fact that you confront Iran’s aggression. . . I’ve never seen the holistic alliance between the United States, Israel and your other allies in the region, as strong, as unified, as it is under your leadership.

“And the last one is, you’ve stood up for Israel at the U.N. in a remarkable way, rock-solid support. . .  I look forward to continuing our remarkable, tremendous friendship in the years ahead, and I want to express the appreciation of the people of Israel to you.”