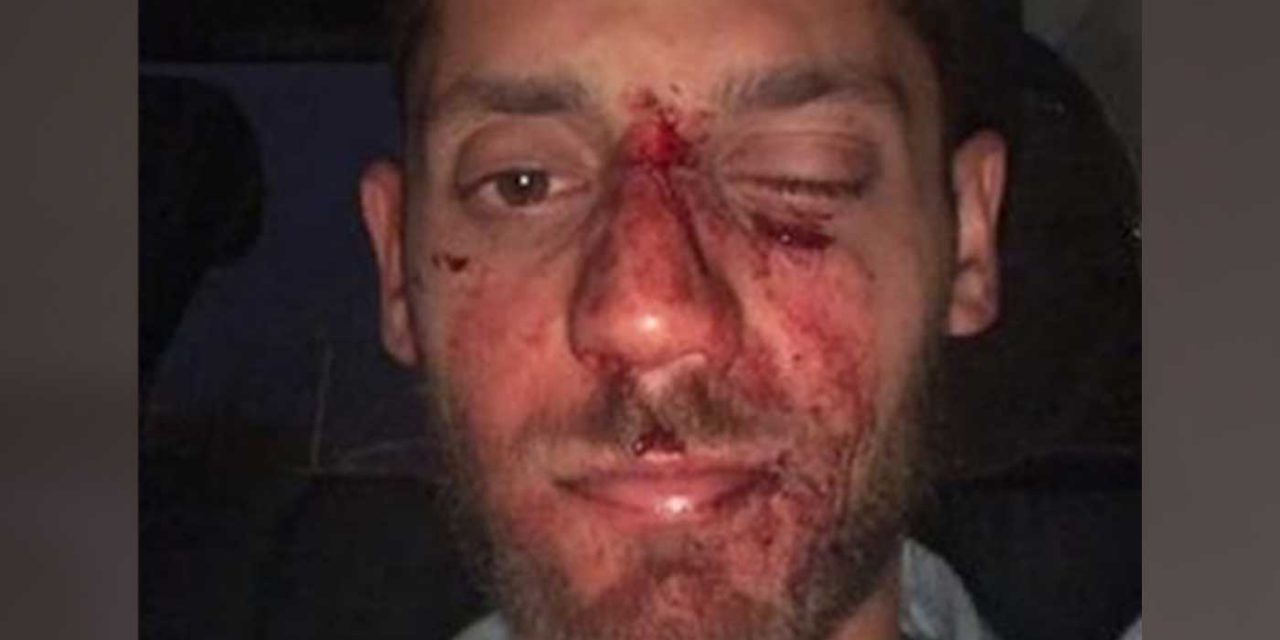 An Israeli tourist was left with a broken nose and broken eye socket after three Arabs, one of whom said he was Palestinian, launched a brutal assault on a group of Israeli tourists, simply for being citizens of the Jewish state.

Barak Kashpizky posted pictures on Facebook of his bloodied twin brother Yotam, taken shortly after the attack, in an account that quickly went viral.

“My brother was attacked… allow me to call this a terror attack”.

Yotam was attacked outside a nightclub in Warsaw by a group of Arabs, thought to be Qatari, with one of the attackers claiming to be a Palestinians. The group of Arabs came up to the Israelis and asked if they were from Israel.

“When they answered in the affirmative, they were relentlessly attacked, [in blows] accompanied by shouts of ‘f*** Israel,’” wrote Barak, adding that his brother was briefly knocked unconscious. They also reportedly shouted “Free Gaza”

“There were many, many people and club bouncers watching on the side, but nobody did anything,” Yotam said.

“History is repeating itself in Warsaw, Poland, as Poles stand by and watch, while people who ‘are not from our nation’ are beating Jews until they lose consciousnesses,” his twin Barak wrote in his post.

Poland’s Jewish population was one of the biggest in Europe before the Holocaust, but 90% of Poland’s Jews were wiped out by Germany’s Nazi regime who set up ghettos for Jews and eventually death camps such as Auschwitz.

Poland’s Ministry of Foreign Affairs (MFA) spoke out against the attack, tweeting, “Poland MFA strongly condemns any acts of aggression committed by (and against) foreigners in Poland. The case of an attack on Israeli 🇮🇱citizens by foreigners on the territory of Poland is investigated by the police. We oppose any forms of violence!”

#Poland MFA strongly condemns any acts of aggression committed by (and against) foreigners in Poland.

The case of attack on Israeli 🇮🇱citizens by foreigners on the territory of Poland is investigated by the police.

We oppose any forms of violence! https://t.co/RO2wzSNSw4

An emotive documentary narrated by Kate Winslet and currently in UK cinemas has been described as "propaganda" and was co-directed by a Hamas supporter.The Oscar-winning actress has...
Read More
Share
Tweet
Email
More
1.0K Shares