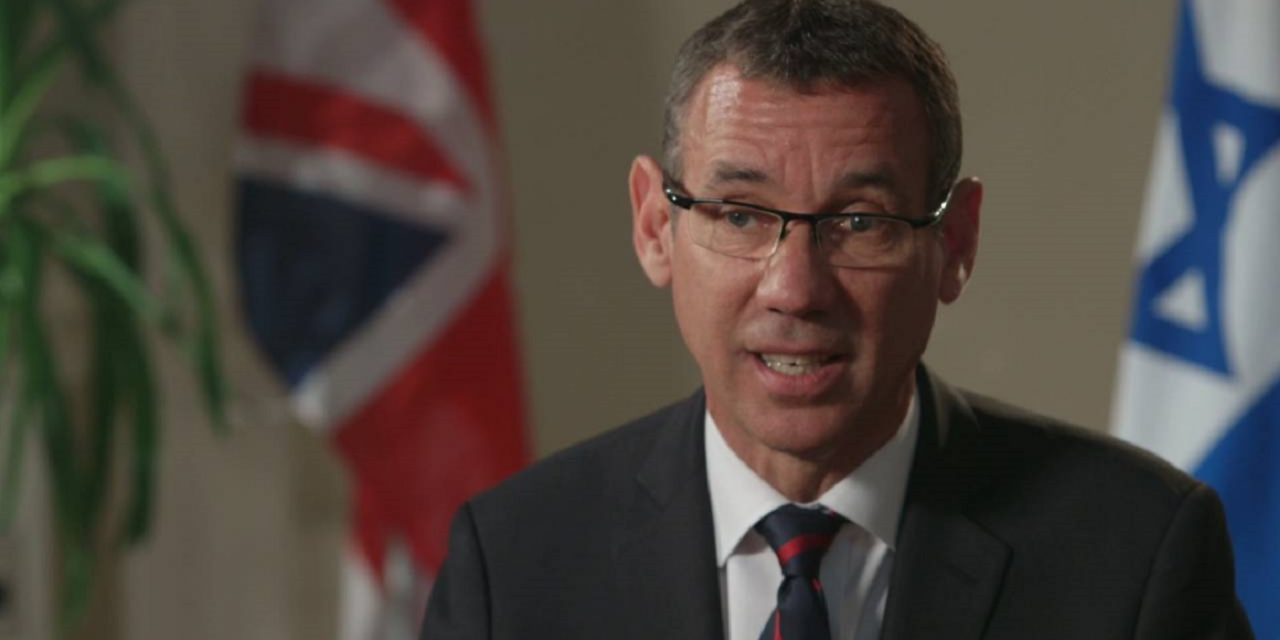 The Guardian’s efforts to amplify the ‘injustice’ of Israel’s continued existence in the context of the Balfour Centennial went into high gear yesterday, as they published an op-ed by PA President Mahmoud Abbas that included nearly every distortion and lie within what’s known as the ‘Palestinian narrative’.

UK Media Watch has scrutinised some of Abbas’s claims. Read their counter-claims at Mahmoud Abbas’s Guardian op-ed illustrates the dishonesty of the ‘Palestinian narrative’

Meanwhile, Israel’s Ambassador to the UK, Mark Regev, has said Palestinians should cease blaming others for failing to achieve sovereignty. See the Ambassador’s response to Mahmoud Abbas below: 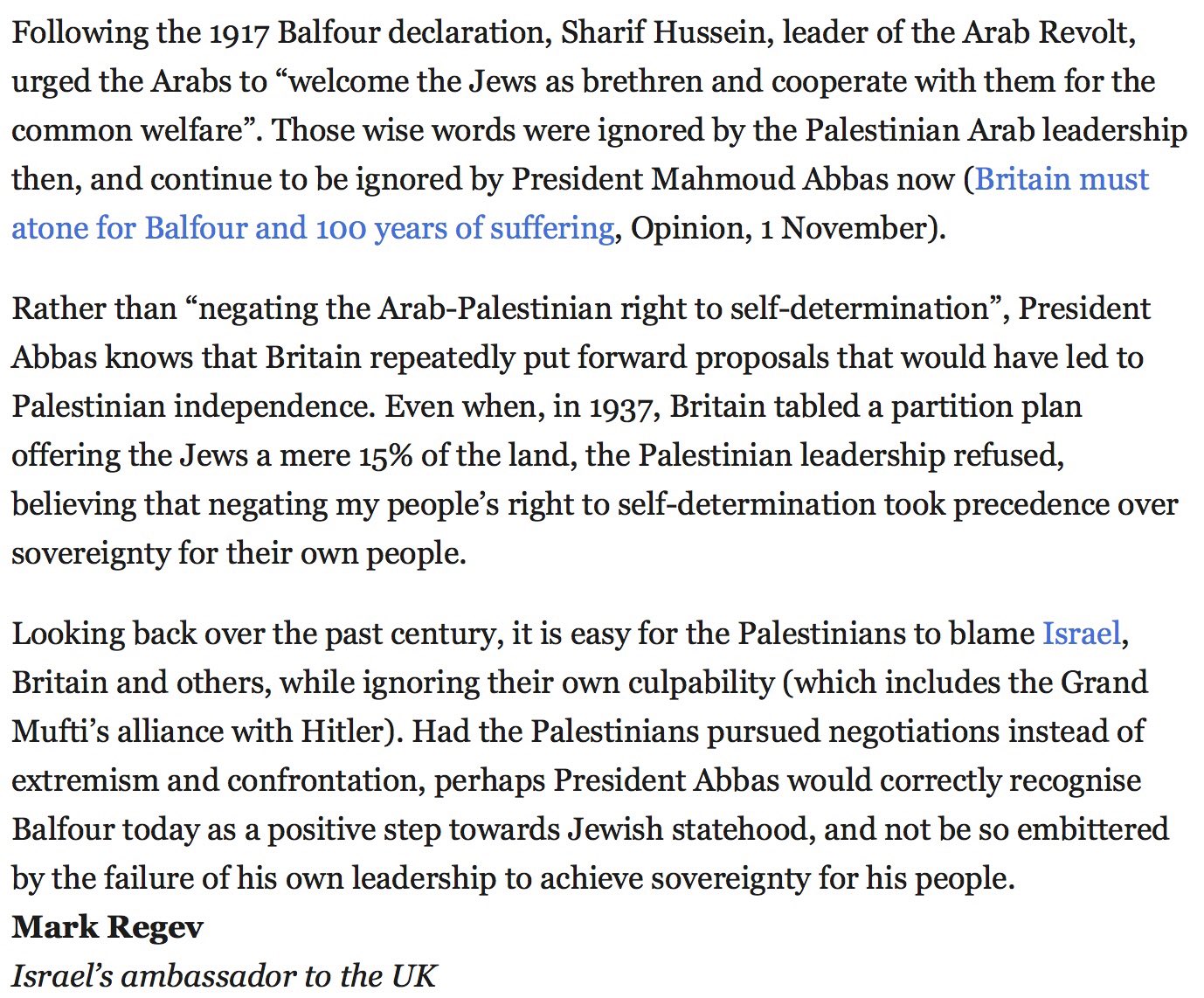