When Denmark saved the Jews 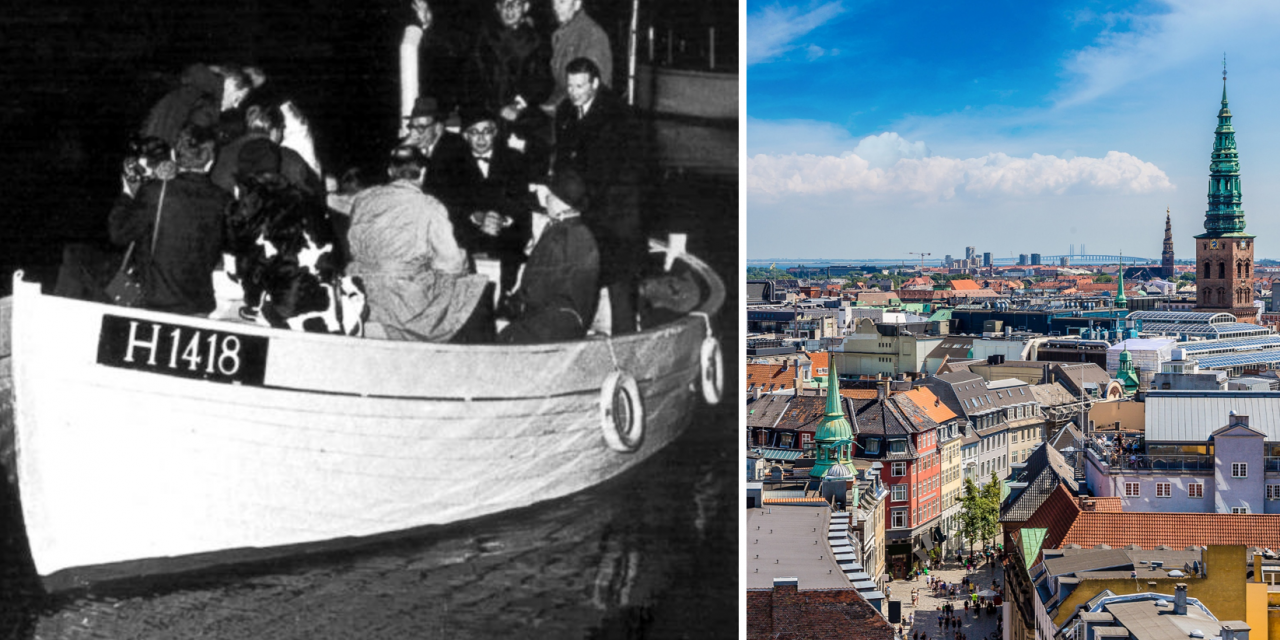 It is Shabbat in Copenhagen and armed police barricade the narrow Krystalgade street, along which the historic Great Synagogue is located.

“It’s like this every Friday evening,” says the barista as he serves my wife and I coffee in the Central Library situated directly opposite the synagogue.

“When dignitaries visit they erect a long tunnel to allow them to enter safely,” he added. I observe the arrival of individual members of the Jewish community as armed police keep a watchful eye on the occasional cyclist that bypasses the barricade. Meanwhile, tourists view the fresh flowers laid in memory of the security guard killed in a terror attack at the synagogue in 2015.

The heightened security is a reminder of the threat to the Jewish community in Copenhagen, something that has alarmed Danish people who take pride in their heritage of supporting Jews and are believers in a free and accepting society. 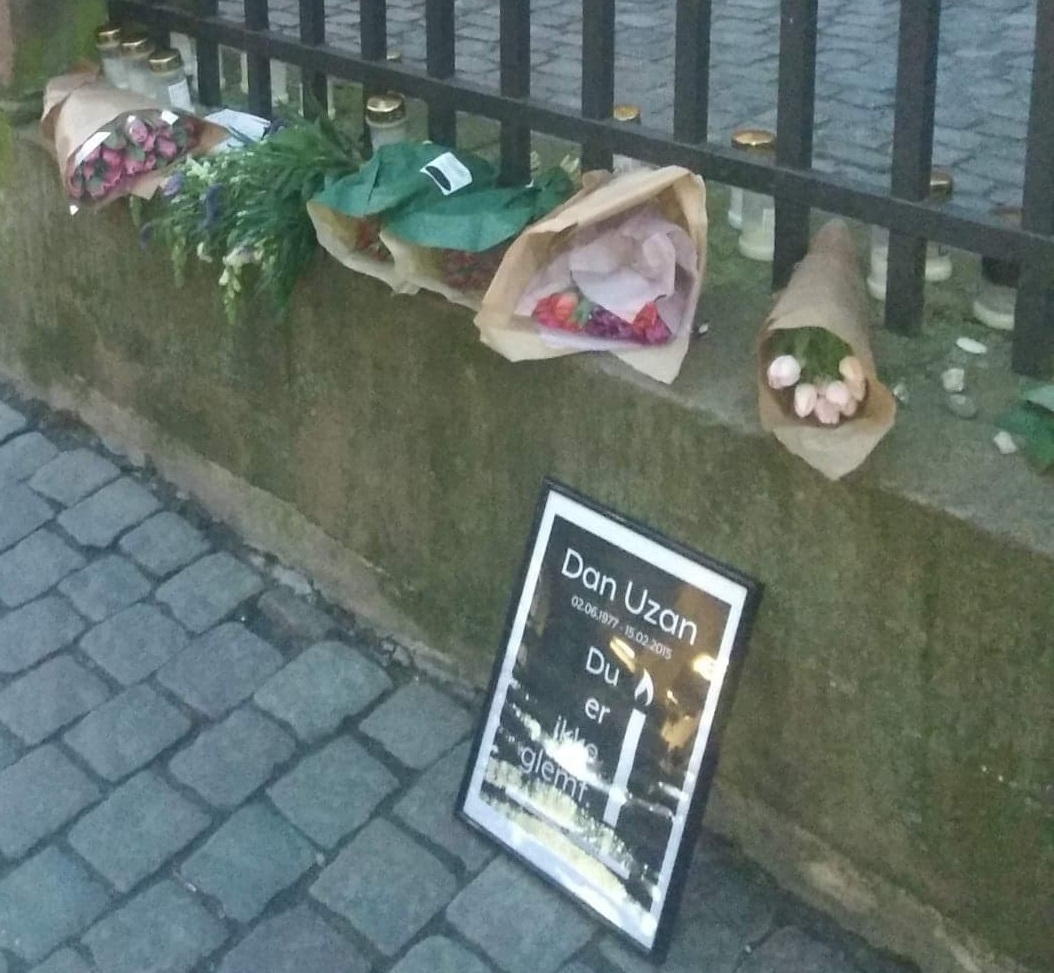 Since the terror attack, Denmark’s government has made every effort to preserve its own legacy of ensuring Jews are able to live and worship safely and securely.

Despite medieval anti-Semitism, Denmark has had a vibrant Jewish community for hundreds of years. In fact, Jews first arrived in Denmark in the 17th Century by invitation of King Christian IV who wanted their help to modernise the country. During the worst genocide in history, this is a country, unique to Europe, that rescued over 99% of its Jewish population during the Holocaust. The story is one of inspiring bravery.

Attempt to annihilate the Jews of Denmark

The German army invaded Denmark in April 1940 with very little resistance. Despite an initial negotiation with the Nazis to maintain neutrality and preserve the county’s sovereign rule, by 1943 tensions had intensified.

Danes began to sabotage the war effort and the resistance movement increased its effort to fight back. As a result, the Nazis ordered the Danish government to introduce a curfew, ban public assembling and punish saboteurs with death. The Danish government refused, which led to the Nazis dissolving the government and establishing martial law.

This was a turning point for Jews in Denmark, who had received the protection of the Danish government up to this point. For example, it is understood that King Christian X had threatened to wear a Star of David if it was forced upon Danish Jews. The government had also refused to implement the discriminatory policies being rolled out in other occupied countries.

Three million Jews had already been murdered by this point across occupied Europe, but in September 1943, Hitler gave orders from Berlin to rid Denmark of all its Jews.

The Nazis chose Rosh Hashanah, the Jewish New Year holiday, to undertake their wicked plan of rounding up Jews for deportation, having gained the names and addresses of every Jew in Denmark.

However, a man named Georg Ferdinand Duckwitz was at the time a member of German intelligence at the embassy in Copenhagen. Crucially Duckwitz deliberately leaked the important information to the Jewish community and the resistance movement.

It was at the Great Synagogue in Copenhagen, on 29 September 1943, that Rabbi Marcus Melchior interrupted the Shabbat meeting urging those present to hide or flee having received word of the plot intended for 1 and 2 October.

“We have no time now to continue prayers,” he said, “We have news that this coming Friday night, the night between the first and second of October, the Gestapo will come and arrest all Danish Jews.”

“They have a list of addresses and they will come to the home of every Jew and take us all to two big ships waiting in Copenhagen harbour, and on to camps on the continent.”

Daring mission to save Denmark’s Jews

What happened next is one of the most remarkable stories of resistance in World War Two.

As word spread, Danes from all walks of life took action believing the targeting of Jews, whom many saw as part of Danish life itself, to be morally wrong and against Danish Christian values.

King Christian X expressed his firm objection to the German plans; heads of the Danish churches published strong protest and used their pulpits to urge the Danish people to help the Jews; and universities closed down for a week, with students lending a hand in the rescue operation.

The German authorities had never expected such a massive reaction.

Historian Leni Yahil wrote, “Here was something Eichmann and his men weren’t accustomed to: the Jews had slipped from their very grasp and disappeared, so to speak, behind a living wall raised by the Danish people in the space of one night.”

The rescue network helped thousands of Jews escape Danish cities to hiding places in the countryside, transported in any way possible, even in mock funeral corteges and ambulances with the cooperation of hospital staff. They were then transported to the coast where they crossed the Øresund at night-time in small fishing boats to nearby Sweden.

In some places, the Swedish coast was only 3-6 miles away, but it was still dangerous especially with the threat of German planes and patrol boats.

Despite the personal risk to non-Jewish Danes, including that of the Danish police who refused comply with Gestapo orders, 7,906 Jews were rescued.

Hanne Kaufmann, a Jewish survivor, said, “We hadn’t even noticed it, we weren’t even afraid, when suddenly the news went from one person to the next: ‘We’ve passed the threemile boundary! We’re in Sweden! Free! Saved!’”

“Despite our exhaustion our hearts took to beating again furiously, this time from sheer emotion and joy. The boat wasn’t very big at all. The sixteen stowaways, aside from the infants, had all managed to get up to the deck. There, I saw my mother, my sister and my brother. All looked pale and miserable. I probably looked the same way.

Seeing each other again, we didn’t utter a word. We were in safety now, and the feeling was so overwhelming that we simply couldn’t speak. I felt an irrepressible desire to cry”

Those who were either caught during the escape or couldn’t leave, such as those at an Jewish old people’s home, were around 500 and were deported to the Theresienstadt concentration camp. However, Danes were again involved in disrupting the deportation and later rescued many. Only 51 did not survive the Holocaust.

Nazi leadership in Copenhagen informed Hitler that the Final Solution had been carried out and Denmark was clear of all Jews – not revealing that they were actually in Sweden.

Back home many non-Jews protected their Jewish neighbours’ property and homes until their return from Sweden. Many would return to their historic homeland, Israel. Historian Glickman Lauder, says, “Although the Danish story is small in regard to numbers – affecting a tiny fraction of those persecuted by the Nazis – it is huge in scope,” she says. “It is a story that tells of a population who proved it possible to make a difference, and who refused to see a minority as ‘the other’.

This was true at every level of Danish society, from the fishermen who rowed Jews to safety in Sweden under cover of darkness, to King Christian X, who visited Copenhagen’s Krystalgade synagogue in an act of solidarity, and who refused to be complicit with Nazi persecution of the Jews.”

Today the experiences of Danish Jews during World War II and the unique relationship to their non-Jewish countrymen is retold at the Danish Jewish Museum located prominently in Copenhagen’s historic waterfront district inside the former royal boathouse.

The freedom and protection of Jews in Denmark today (estimated to be around 6,000), remains an important part of Danish values, with Danes proud of its tolerance and religious freedoms. But as Denmark has become increasingly secular, religious Jews are facing increasing difficulties with anti-Semitism and the number of Jews is steadily decreasing.

Denmark has so far avoided some of the problems seen in Malmo, Sweden, which is connected with Copenhagen by a bridge across the Øresund. Malmo has the highest rate of anti-Semitism of any city in Europe, linked with an increase in radical Islam, and it was recently reported that the Jewish community is expected to dissolve within the next 10 years. 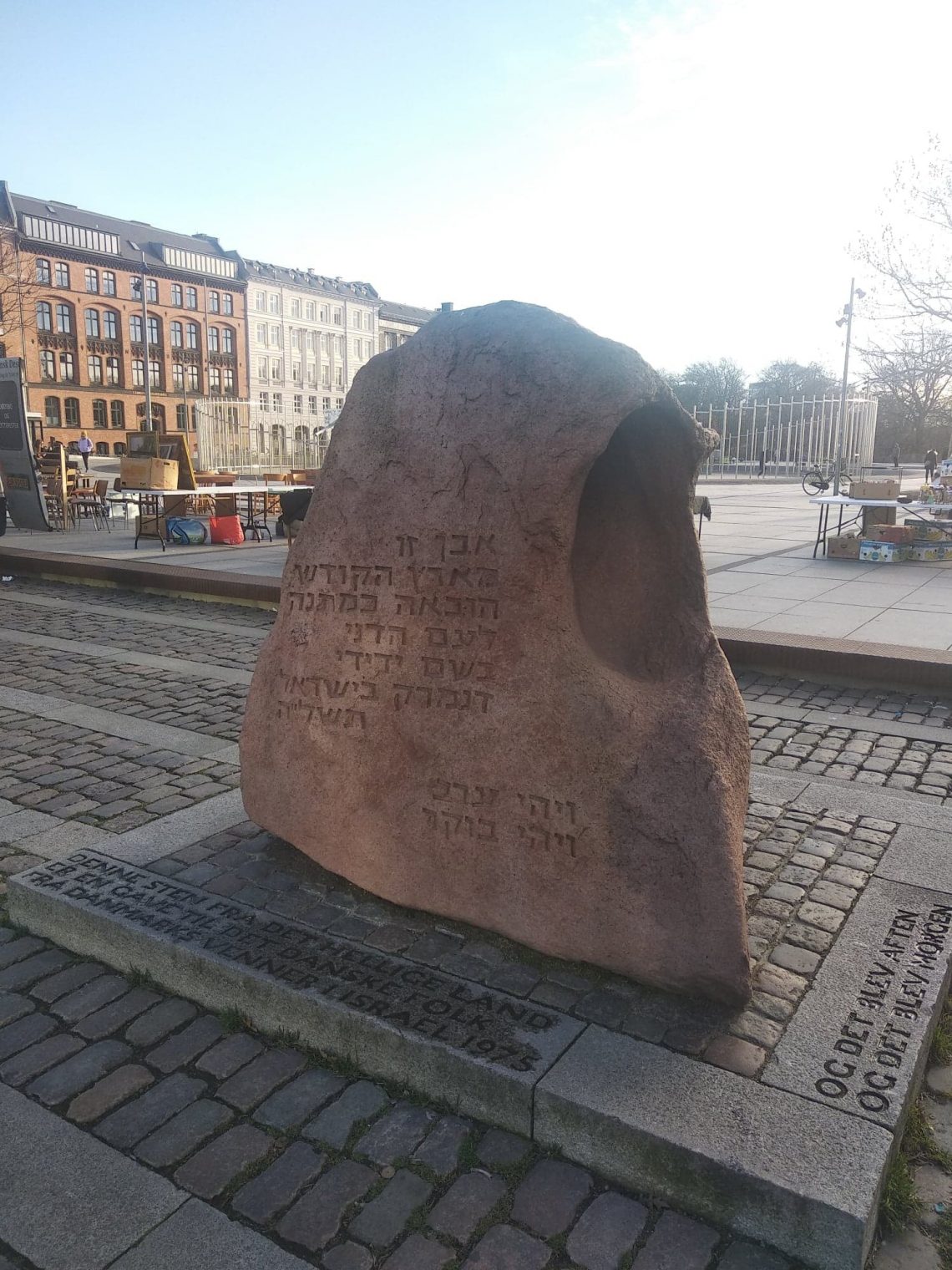 Back in Copenhagen, we take a short walk from the Central Synagogue to a large square called Israels Plads (meaning Israel’s Square). The square contains a large memorial stone inscribed in Hebrew. It was given to Denmark by Israel and characterised the past and present relationship between Jews and the people Denmark. It reads, “This stone from the Holy Land is a gift to the Danish People from friends of Denmark in Israel 1975 – And night fell and morning came”.

Viewing the stone with reflection, I noticed a small item of graffiti with the letters B.D.S. – an acronym that stands for the anti-Semitic boycott movement against Israel. It is hardly noticeable for the general passer-by, but for those who know of the hatred it represents, it is a loud reminder that in Denmark or anywhere else, we must not be complacent.