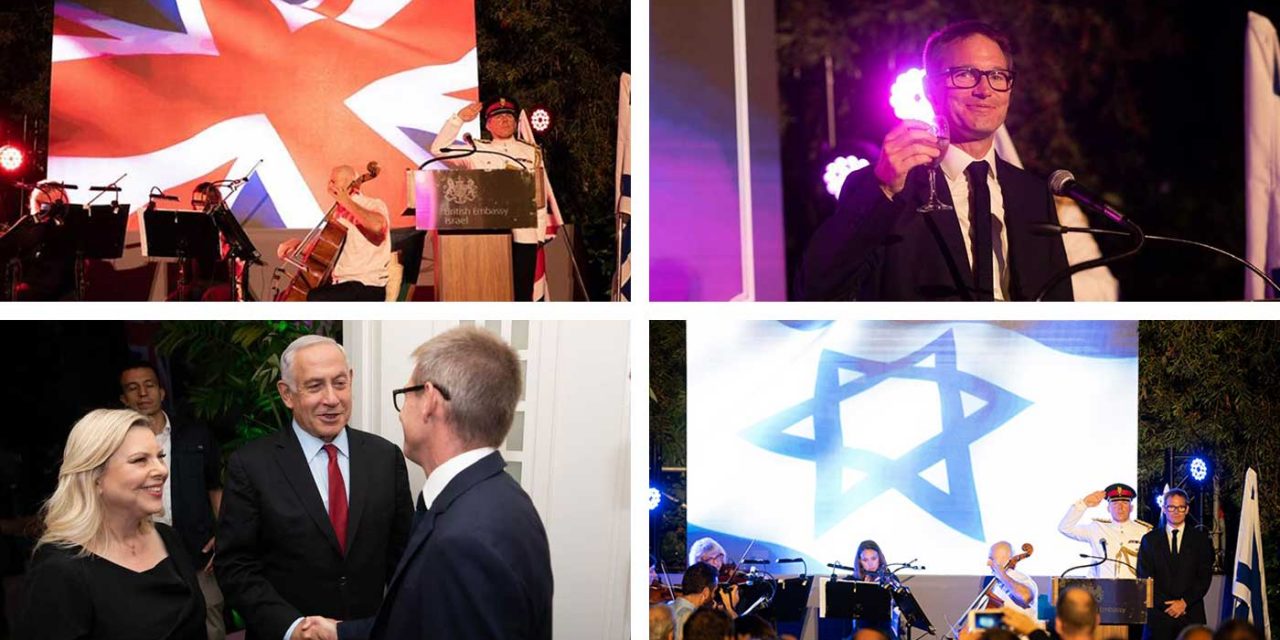 The British Embassy in Israel hosted a special party to celebrate the Queen’s Jubilee, 70 years on the throne, in Tel Aviv.

President Herzog congratulated the Queen on the special occasion in a filmed greeting, followed by a keynote speech and toast to the queen by Minister Ayelet Shaked.

Among the guests were leader of the Opposition Benjamin Netanyahu and Mrs. Sara Netanyahu, ministers, Government officials, senior figures from Israeli Trade, economy, diplomacy and society spheres, and 750 of the Embassy’s friends and contacts.

The embassy got the local community involved in the celebrations as children from a primary school in Ramat Gan dedicated drawings to the Queen, which were posted on the gates of the British Ambassador’s Residence.