100 years to the day that Britain liberated Jerusalem, its time for Britain to honour Israel’s capital 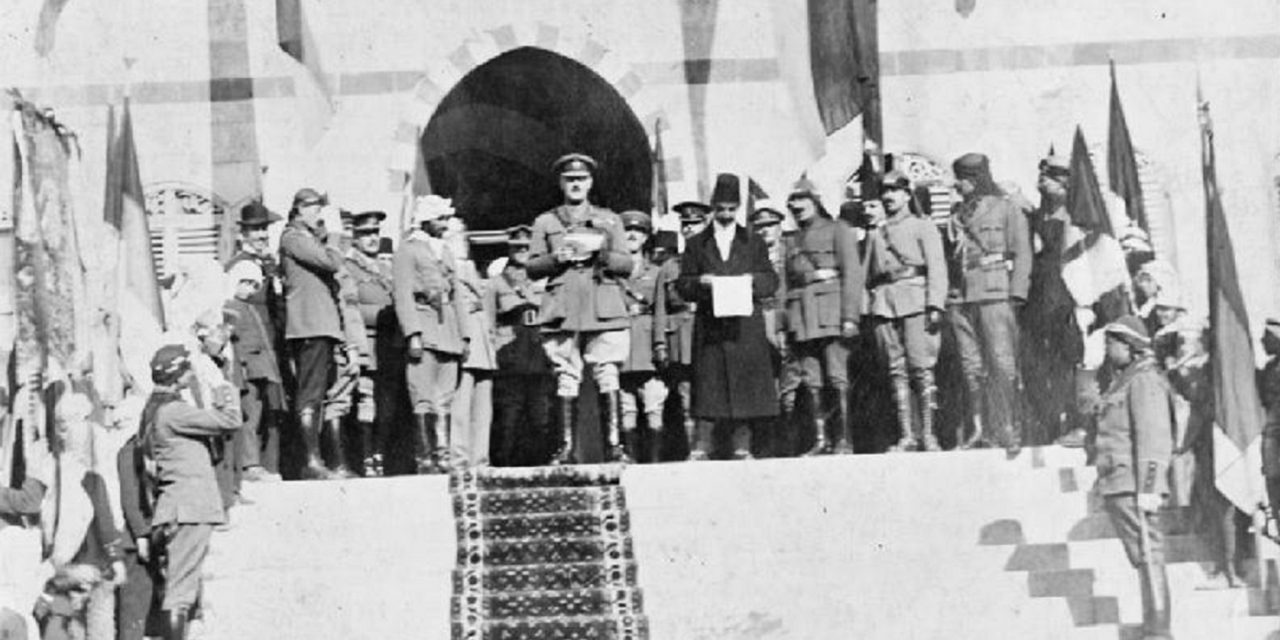 One hundred years ago today, General Allenby entered Jerusalem as British forces liberated Jerusalem from 400 years of Ottoman Rule. Allenby famously entered through the Jaffa Gate on foot rather than on horseback, out of respect for the Holy City.

Allenby’s example of honouring Jerusalem is something sadly lacking today. The international media, the majority of world leaders and sadly the UK Government is failing to recognise and respect the reality that Jerusalem is the capital of Israel.

We have seen this over the past few days since President Trump decided to move the US embassy from Tel Aviv to Jerusalem. Many nations are being intimidated from doing the right thing because of the threats and violent anger by those who oppose Israel. By forming foreign policy in response to these threats, the UK government is turning its back on our cherished ally, Israel.

Our Government recognises the legitimacy of the State of Israel yet denies Israel the right of self-determining its capital. No other sovereign nation would accept being told where to locate its own capital. The historical facts are that Jerusalem has been the capital for the Jewish people for over 3,000 years and for the State of Israel for nearly 70 years.

By not recognising that Israel has the right to determine its capital, Britain is complicit with those that seek to delegitimise the very existence of the Jewish State and deny the Jewish connection to Jerusalem.

Further to this, the UK Government is demonstrating double standards by situating the UK embassy to Israel in Tel Aviv, yet having Britain’s consul to the Palestinian Authority in Jerusalem.

In 1917 Britain lead the way and recognised the need for the Jewish people to have a national home of their own in the land of Israel. General Allenby respected the Holy City of Jerusalem and we want Britain to do the same today. At CUFI we believe that it is necessary to make a stand for Israel, even in the midst of opposition. As Christians, we are called to be ‘Watchman on the walls’ and we are convinced that recognising Jerusalem, the capital for the Jewish people for over 3,000 years, is the right thing to do.

If Britain moves its embassy to Jerusalem, the UK will be honouring Israel and the Jewish people. That would be the right thing to do and this is what we believe should happen. And that is why today, one hundred years to the day that General Allenby honoured the Holy City by dismounting from his horse, we are urging Britain to respect and honour Jerusalem again.

Today, CUFI launched a petition calling upon Britain to recognise Jerusalem as the capital of Israel and relocate its embassy. Please join with us by adding your name to this petition and sharing with others.