“You are the problem,” Danon tells Abbas at UN 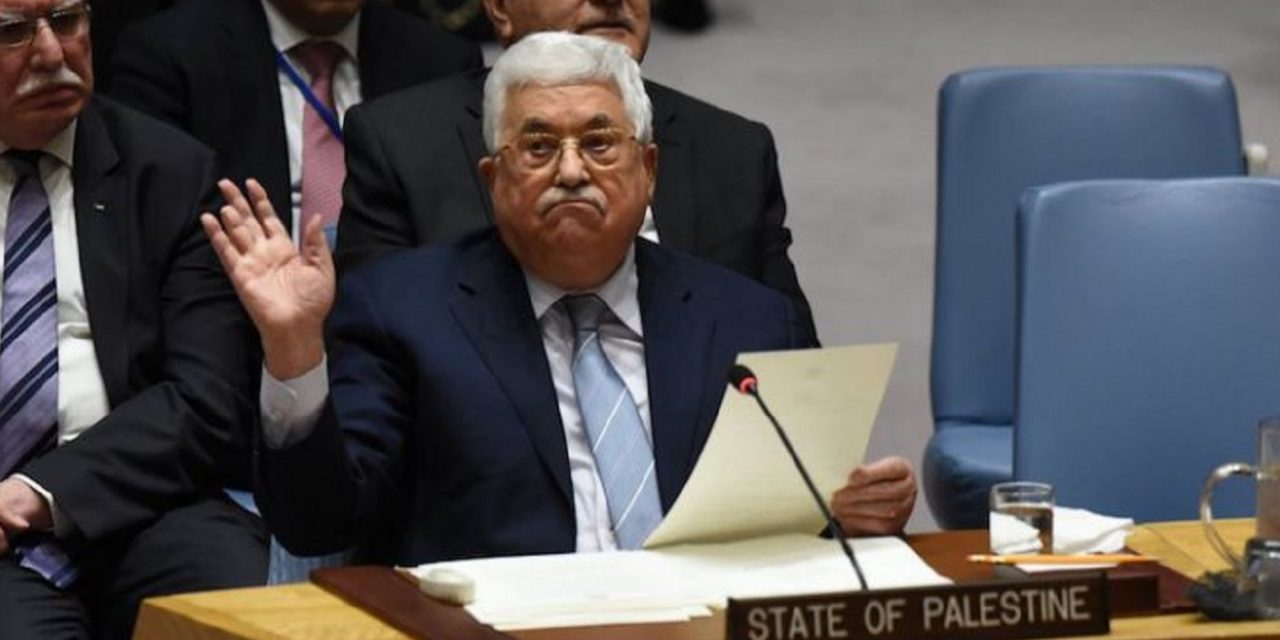 In his address to the United Nations Security Council on Tuesday, Palestinian Authority (PA) President Mahmoud Abbas accused Israel of “acting as a state above the law” while calling for “an international peace conference by the middle of 2018 that will accept the “State of Palestine” as a full UN member” and make Jerusalem its capital.

“We are the descendants of the Canaanites that lived in the land 5,000 years ago and continued to live there to this day,” Abbas claimed, among other outrageous statements.

“A nation that invents its past has no future,” Education Minister Naftali Bennett tweeted in response. ““The ancestors of the Palestinians may have existed 5,000 years ago, but south of here, in the Arabian Peninsula. I recommend to [Abbas] to focus not on constructing an imaginary past but on creating a practical future.”

Abbas blamed the deadlock in peace talks on US President Donald Trump’s recognition of Jerusalem as the capital of Israel in December as well as Israeli “permanent settlement colonization” in Judea and Samaria and what he described as Israel’s “disrespect” of Security Council resolutions.

After Abbas’s speech, Israeli Ambassador to the United Nations Danny Danon addressed the PA leader, who chose not to remain in the meeting, and stated, “You have made it clear, with your words and with your actions, that you are no longer part of the solution. You are the problem.”

“You just addressed the members of the Security Council and spoke of your commitments to peace. This is what you often do when speaking to international forums. But when you address your people, you convey a very different message,” Danon said, before continuing to cite examples of anti-Semitism and incitement to violence by the Palestinian leadership.

“Mr. Abbas, your incitement does not end with rhetoric. You have made it official Palestinian policy to sponsor terrorism,” Danon stated. “In 2017, you spent $345 million paying terrorists for killing innocent Israelis. That is 50 percent of the total foreign aid donated to the PA. This is money you could have spent building 40 hospitals. This is money you could have used to build over 170 schools. Every single year.”

Danny Danon at the UNSC

Posted by Ynetnews on Tuesday, 20 February 2018

After detailing the many peace initiatives rejected by Abbas since elected head of the PA in 2005, Danon noted that “the current US administration is once again working hard to make progress towards peace. Mr. Abbas, however, is once again looking hard for an excuse. This time he claims it was the American announcement about Jerusalem that drove him to reject negotiations.”

Danon said: “Let me be clear. For thousands of years, Jerusalem has been the heart and soul of our people… and it will remain the undivided capital of the State of Israel forever.”

Noting Israel’s hopefulness for the future, Danon told the Council members that “three times a day, Jews in Israel and all over the world turn to Jerusalem, and pray for peace. We have no doubt that the day will come when the Palestinian people will also be blessed with leadership that shares these noble aspirations.”