Woman says Jews are “paedophiles” at anti-Israel protest in Amsterdam 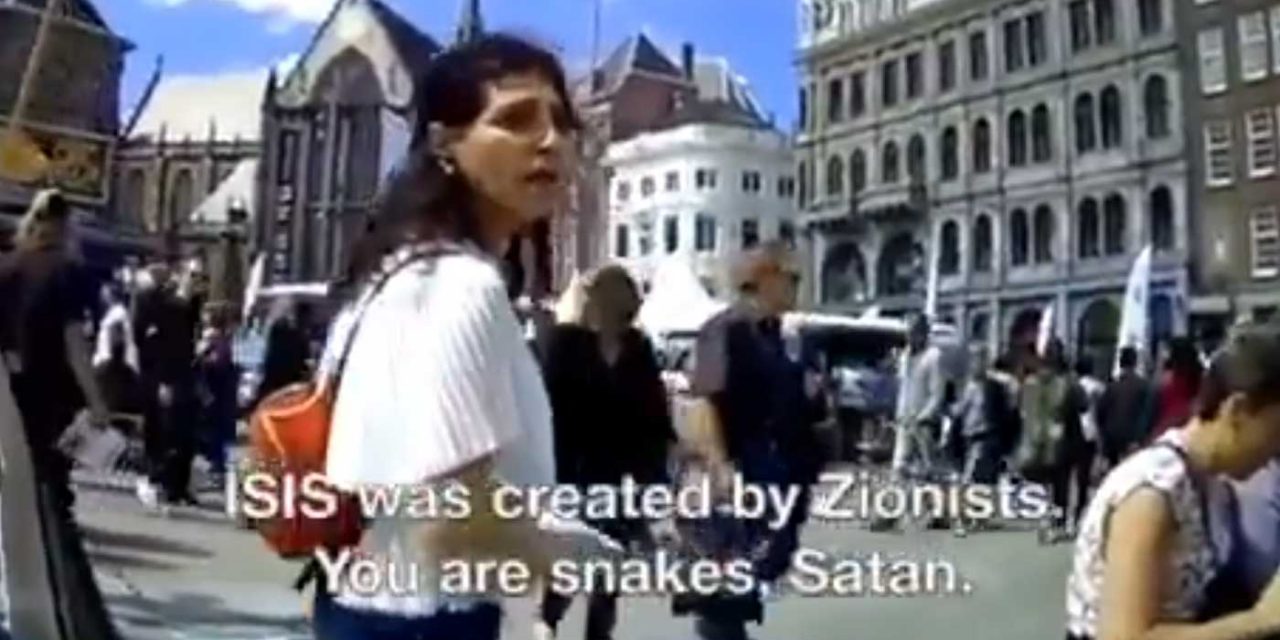 Too often we hear the claim that “legitimate criticism of Israel is not anti-Semitism” and this line is often used to defend people who are expressing blatantly anti-Semitic views. This latest tirade from an anti-Israel activist, however, is nothing short of anti-Semitic hate speech.

The incident took place in Dam Square in the Dutch capital on 16 June 2019 and, be warned, the language used is vulgar and may offend people.

Standing next to Palestinian flags and anti-Israel signs, a pro-Palestinian activist told a gentleman, “ISIS was created by Zionists. You are snakes, Satan.”

The IOF means “Israel Occupation Forces”, a play on letters with the IDF (Israel Defend Forces).

The woman then claims, “You are an anti-Semite. I am Semite. You are nothing, you are from Europe. According to the Bible, it says that you’re not Semites.”

This is a lie that many anti-Israel activists subscribe to, calling Israelis and Jews “foreign invaders” who came from Europe. The reality is that most Jews were born in Israel and the Middle East and the Jewish people are a specific race who can date their ancestry back millennia.

The video then shows a man and a woman viewing the propaganda signs. The man filming tells the couple, “this is Hamas propaganda. Don’t believe a word of it.” After the couple reply telling the man they are Israelis, the woman tells the two tourists “You are Zionist killers. I can see Satan in your face.”

The woman then turns to her two activist friends and tells them about what she thinks the Talmud says and the video ends.

Clearly, this woman is no longer giving legitimate criticism of Israel but is instead spouting anti-Semitic hatred towards Jews. The video below shows the incident in full.

Warning: Strong and vulgar language used in the video without any censoring.