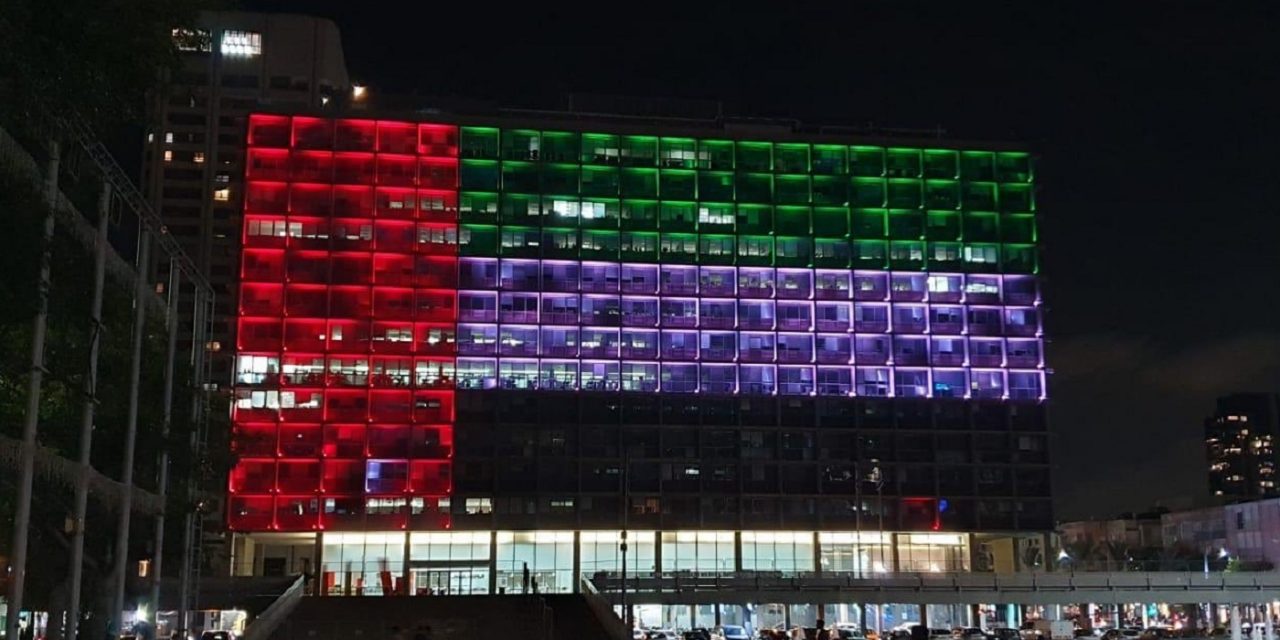 The windows of Tel Aviv’s city hall lit up with the colours of the Israeli and Emirati flags Thursday night to celebrate the normalisation agreement reached between the two countries hours earlier.

The municipality tweeted out footage of the flags, which illuminated the building’s facade alternating cycle, and wrote in Arabic, “We send love from Tel Aviv.”

It was the second time this month that the municipality building lit up with the flag of an Arab state. Following the catastrophic explosion at Beirut’s port on August 4, the city hall’s windows were lit with the colors of the Lebanese flag in a message of solidarity.

Peace in the middle East: the flags of Israel and UAE illuminated at Tel Aviv's city hall Square! pic.twitter.com/KQGZQOVxWh

This is what peace looks like. The Tel Aviv city hall in #Israel is lit up tonight in the flag of the United Arab…

The announcement makes the UAE the first Gulf Arab state to do so and only the third Arab nation to have active diplomatic ties to Israel.

After a call with President Donald Trump congratulating him on the historic achievement, Prime Minister Benjamin Netanyahu made a televised statement to Israel announcing the agreement.

“Today we usher in a new era of peace between Israel and the Arab world,” Netanyahu said. “There is a good chance we will soon see more Arab countries joining this expanding circle of peace.”