Watch: College students donate to fake Hamas charity after being told it would fund terror attacks 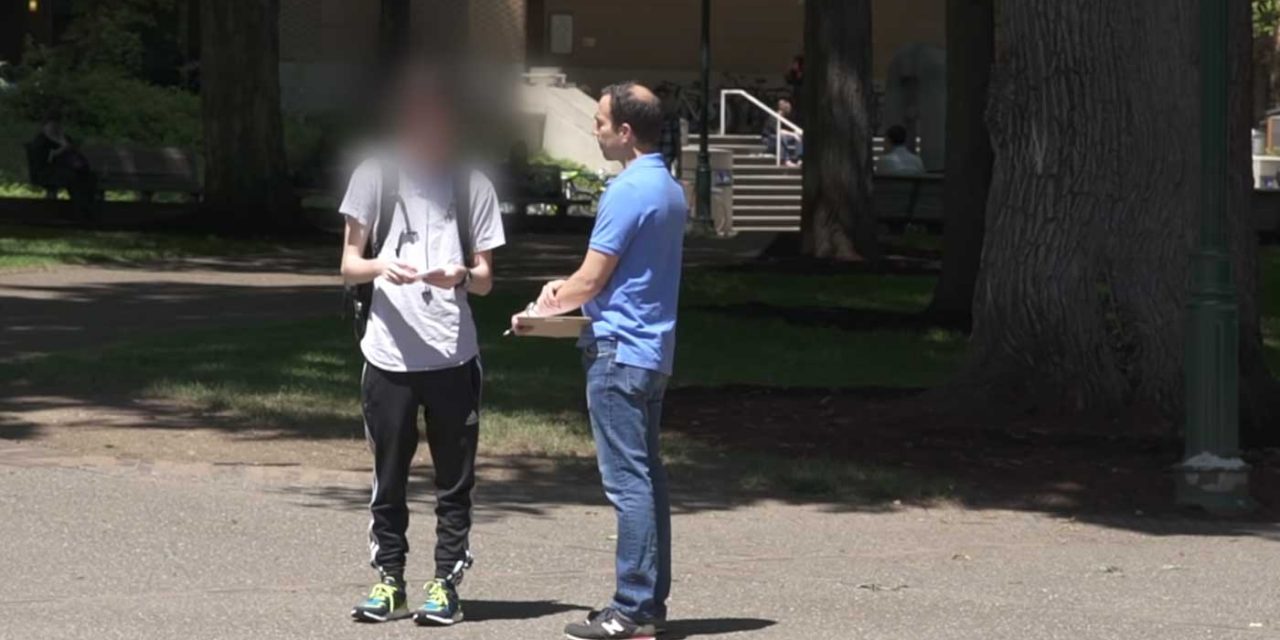 Jewish filmmaker Ami Horowitz released a video last week showing students at Portland State University donating money to a faux Hamas group, even after being told the money would be going to help terror attacks against cafes and schools in Israel.

In the film, Ami Horowitz claims to work for American Friends for Hamas, a group that does not exist, and students are seen agreeing with him and even donating money for the cause.

“We’re not your father’s terror organization. We’ve kind of evolved beyond that, still kind of what we do but we’ve kind of rebuilt and rebranded ourselves, and you know, Hamas is where it’s at!” he says.

Several students, all of whom had their faces blurred out, can be seen making donations to the fake American Friends for Hamas group.

One student said, “I’ve actually been learning in this last school year about everything that’s going on over there, so I like the sound of what you’re doing. It sounds like it’s the right thing to do.” Another student said he was “totally against the Israeli genocide.” Other students said “good luck” and that it would be “wonderful” to check out the fake Hamas group’s website.

“Think the woke are not antisemitic? Think again,” Horowitz wrote in his tweet of the video. “Watch me raise money for Hamas to kill Jews from students in Portland!”

The video, while amusing, shows the dire situation of American colleges and a desperate need for a real education on the Israel-Palestinian situation. The fact young students are willing to donate to Hamas to attack Jewish civilians in Israel should ring alarm bells everywhere.