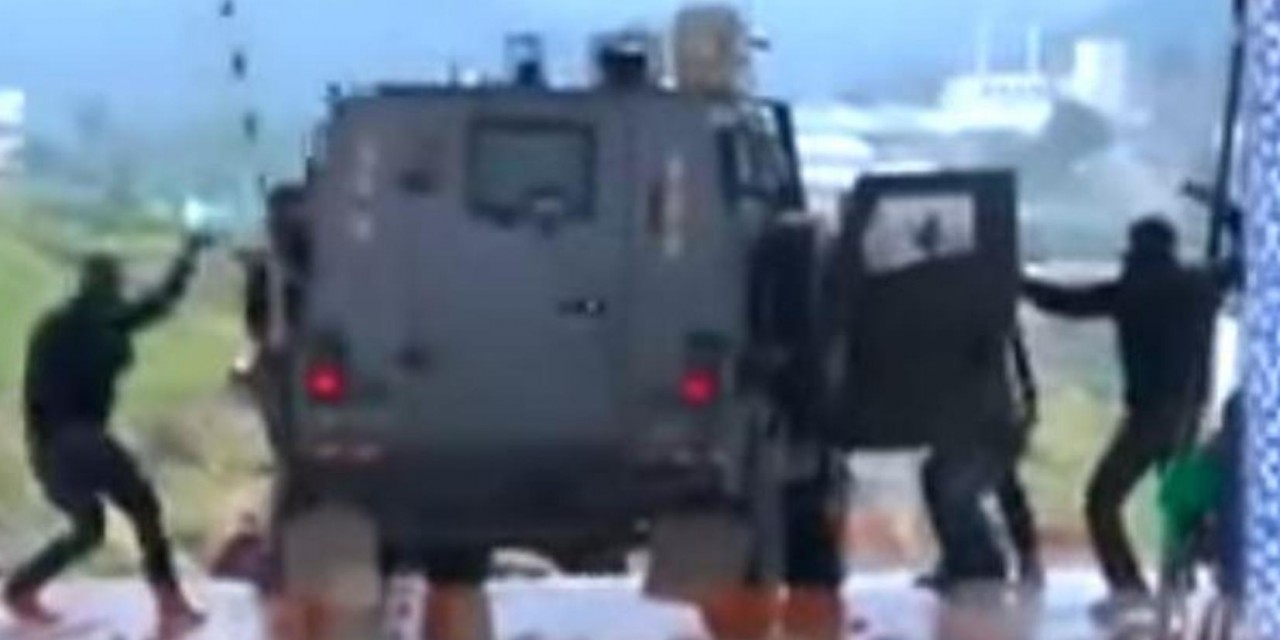 Arab media on Saturday publicized videos of confrontations between Arabs and IDF soldiers, which they say occurred Friday in the Palestinian village of  Nabi Salih in Samaria, near Ramallah.

Arab media noted the video was “edited and oriented towards a specific purpose” and that the protesters “were warded off” and escaped, Arutz Sheva reported.

According to Israeli authorities, the attack was unsuccessful. Arab media, however, publicized the assault and praised it, apparently in an attempt to incite acts of terror among Palestinians.

“This is an edited video which was created to serve a specific purpose,” the Israeli Border Police stated, according to Arutz Sheva. “It shows a few seconds in slow motion, out of a much larger military operation in the area. During this military operation, which included several teams, IDF soldiers were stationed around the gas station. Because of disruptions by rioters, the IDF was forced to fire shots and use anti-riot tactics to disperse the rioters who were fighting with the soldiers.”

“During the few seconds in which the jeep was off, rioters approached it and threw dozens of rocks at the soldiers inside. In return, one of the soldiers used riot dispersal techniques, causing the rioters to quickly leave the area. The soldiers then continued the operation.

“We have arrested one of the rioters, and expect to arrest several others in the near future.”