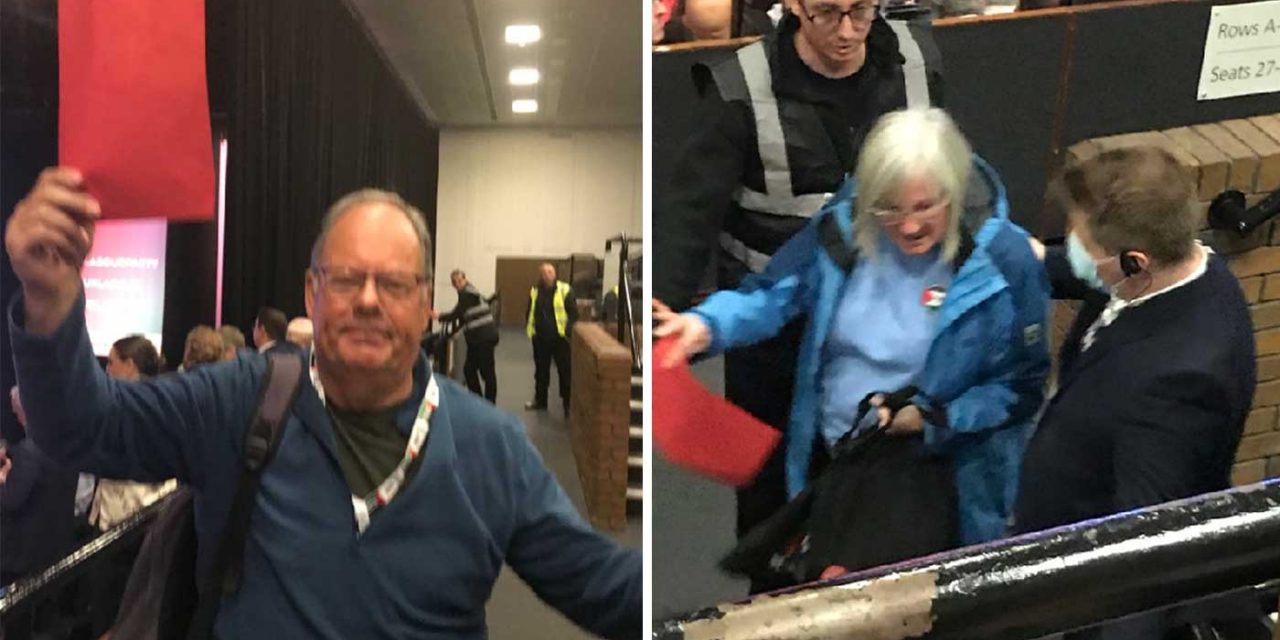 The vice-chair of Labour’s Walsall South local party has been suspended after he made comments about Starmer’s wife and other advisers to the Labour leader being Jewish.

Dodds was approached by a Jewish News reporter after his wife, Val, heckled Keir Starmer during a speech. Mrs Dodds was evicted from the conference after she stood up with a red card and shouted, “Oh Jeremy Corbyn” at the Labour leader. Nick Dodds did not heckle but did hold up a red card.

Mr Dodds was recorded by the Jewish News saying Labour had changed because Starmer’s “wife is Jewish.”

He also complained that Starmer was surrounded by too many advisers who are Jewish.

The Labour party under Jeremy Corbyn was deeply hostile to Israel and became embroiled in an anti-Semitism crisis after a number of anti-Jewish incidents occurred which forced several leading politicians to leave the party.

While most anti-Israel activists claim they are not anti-Jewish it seems the words of Nick Dodds tell us a different story. And this anti-Semitism beneath the surface of a pro-Palestinian exterior is sadly too often the case.

The Labour Party is now seeking to rebuild its image with new leadership and was swift to take action in this case, suspending Nick Dodds immediately.

A Labour Party spokesperson said: “The Labour Party takes all complaints of antisemitism extremely seriously and they are fully investigated in line with our rules and procedures, and any appropriate disciplinary action is taken.”

Mike Katz, national chair of the Jewish Labour Movement said: “It is disgusting and outrageous that this deeply antisemitic slur against Keir and Victoria should be voiced by anyone, let alone a member of the Labour Party. It shows that – despite the tremendous progress made in Brighton this week, there is still much to do to truly stamp out anti-Jewish racism in the Party.”