Abbas at UN: Israel ‘has a year to withdraw from all Palestinian territories’ 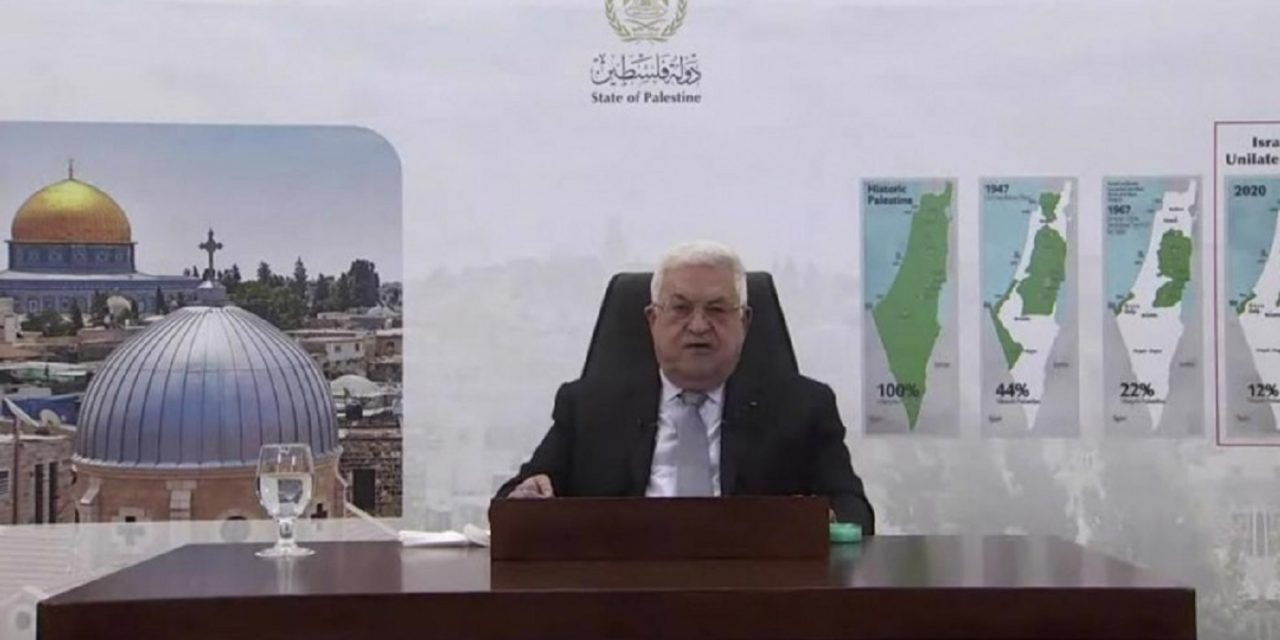 In a speech at the United Nations via video link, the Palestinian Authority leader Mahmoud Abbas posed an ultimatum before Israel, saying it had “one year to withdraw from all the Palestinian territories.”

Failing that, he said, the Authority will turn to the International Court of Justice.

#Israel 'has a year to withdraw from all Palestinian territories,' Abbas says at #UNGA: pic.twitter.com/PwBzDYme6F

Abbas accused Israel of all but destroying the two-state solution with actions he said could lead Palestinians to demand equal rights within one binational state comprising Israel, the West Bank and Gaza.

The 85-year-old, who is in the 17th year of his four-year term, urged the international community to act to save the ‘two-state solution’.

In a false accusation, Abbas said, “If the Israeli occupation authorities continue to entrench the reality of one apartheid state as is happening today, our Palestinian people and the entire world will not tolerate such a situation.”