US security adviser John Bolton: “Palestine” is not a state 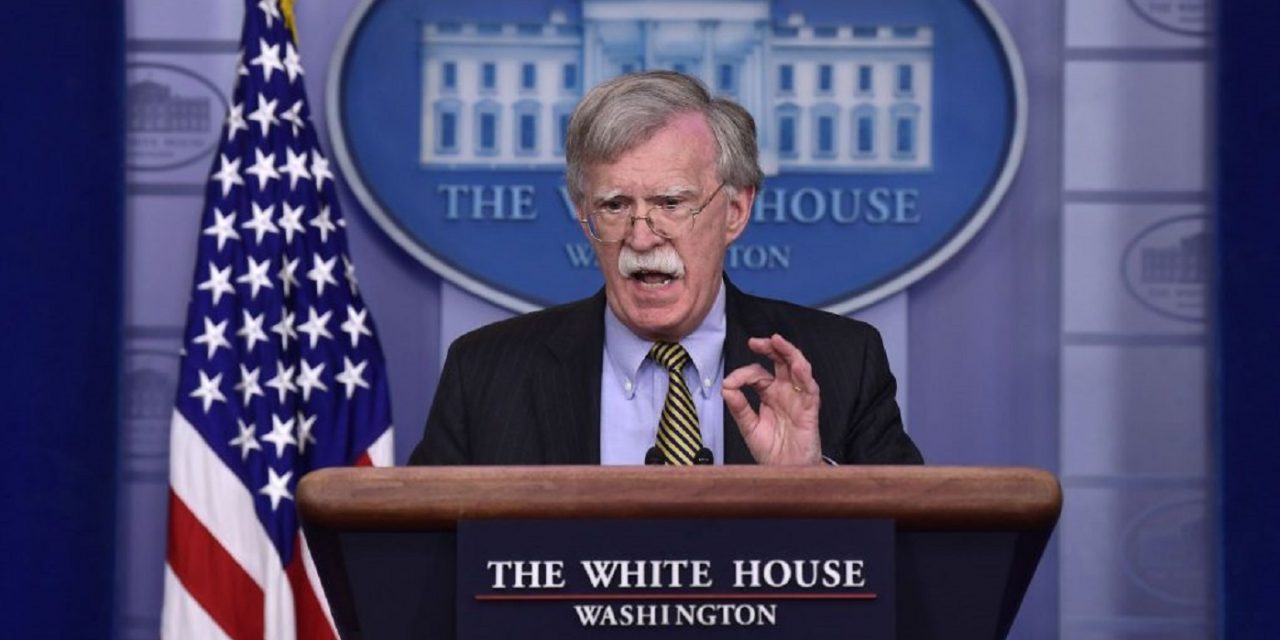 Bolton brought up the situation when he discussed a pair of steps the Trump administration is taking to shield itself from binding decisions made by the International Court of Justice, which is the U.N. body that resolves international disputes.

White House reporters jumped on Bolton’s use of the phrase “so-called state”, asking whether calling the Palestinian Authority as such was “productive”.

“It’s not a state now. It does not meet the customary international law test of statehood,” he said. “It doesn’t control defined boundaries. It doesn’t fulfill the normal functions of government. There are a whole host of reasons why it’s not a state.”

“It could become a state, as the president said, but that requires diplomatic negotiations with Israel and others,” he added. “So calling it the ‘so-called state of Palestine’ defines exactly what it has been. [That’s] the position that the United States government has pursued uniformly since 1988, when the Palestinian Authority declared itself to be the State of Palestine.”

Bolton might have been referring to the fact that 137 countries have recognized the PA as a state since that date. He reiterated the US rejection of this position on a bipartisan level.

“We don’t recognize it as a state… We have consistently, across Democratic and Republican administrations, opposed the admission of ‘Palestine’ to the UN as a state because it’s not a state.”

Although the PA is only a “non-member observer state” at the UN, it was allowed to formally join the International Criminal Court in 2015. Since the court’s decisions are binding, the US, by leaving the protocol, blocked the Palestinian case.

The comments followed an explanation by Bolton regarding President Trump’s decision to withdraw from the Optional Protocol on Dispute Resolution, saying that “The president has decided that the United States will withdraw from the optional protocol and dispute resolution to the Vienna Convention on Diplomatic Relations.” He added, “This is in connection with a case brought by the so-called state of Palestine naming the United States as a defendant [in the ICJ], challenging our move of our embassy from Tel Aviv to Jerusalem.”