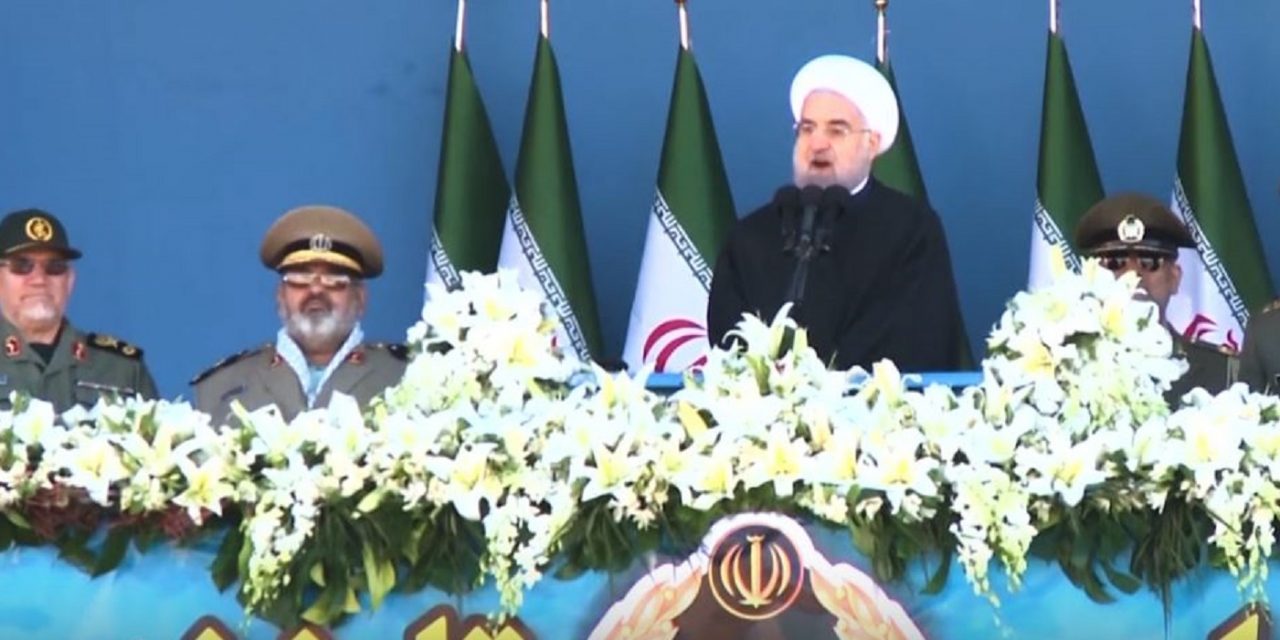 This is the first time the US has labelled another nation’s military as a terrorist organisation and shows the seriousness of the Trump administration to hold Iran to account for its terrorist activities and to defend Israel and the region from these threats.

This move is said to carry serious financial implications for Tehran, allowing the US to impose further sanctions on Iran, and lengthy prison terms for those who provide material support.

President Trump made the following statement:

Today, I am formally announcing my Administration’s plan to designate Iran’s Islamic Revolutionary Guard Corps (IRGC), including its Qods Force, as a Foreign Terrorist Organization (FTO) under Section 219 of the Immigration and Nationality Act.  This unprecedented step, led by the Department of State, recognizes the reality that Iran is not only a State Sponsor of Terrorism, but that the IRGC actively participates in, finances, and promotes terrorism as a tool of statecraft.  The IRGC is the Iranian government’s primary means of directing and implementing its global terrorist campaign.

This designation will be the first time that the United States has ever named a part of another government as a FTO.  It underscores the fact that Iran’s actions are fundamentally different from those of other governments.  This action will significantly expand the scope and scale of our maximum pressure on the Iranian regime.  It makes crystal clear the risks of conducting business with, or providing support to, the IRGC.  If you are doing business with the IRGC, you will be bankrolling terrorism.

This action sends a clear message to Tehran that its support for terrorism has serious consequences.  We will continue to increase financial pressure and raise the costs on the Iranian regime for its support of terrorist activity until it abandons its malign and outlaw behavior.

Washington-Tehran tensions have risen since Mr Trump withdrew the US from the international Iran nuclear pact.

Iran’s leaders responded angrily with President Hassan Rouhani saying the US was the “leader of world terrorism”.

Iran also retaliated by calling the US Central Command (Centcom) a terrorist organisation and the US government as a sponsor of terror.

Centcom is the Pentagon wing that oversees Washington’s security interests across the central area of the world map, most notably Afghanistan, Iraq, Iran, Pakistan and Syria.

They also threatened attacks on US troops in the Middle East. (Because the best way to prove you are not a terrorist organisation is to carry out terror attacks on the people who call you terrorists…)

US military bases in the Middle East are on high alert following these threats. However, Iran also threatened “massive retaliation” after President Trump withdrew the US from the Iran Deal and that never materialised. Tensions between the two countries are rising though and Iran is determined to wipe the US off the face of the earth as much as it wants to destroy Israel, so these threats must be taken seriously.

Israel welcomed the announcement, with Prime Minister Benjamin Netanyahu saying, “Thank you, my dear friend, President Donald Trump, for your decision to declare Iran’s Revolutionary Guards a terrorist organization, thank you for responding to another important request of mine, which serves the interests of our countries and the countries of the region. We will continue to act together against the Iranian threats on the State of Israel, the US and world peace.”

The Islamic Revolutionary Guard Corps is #iran's primary tool to implement it's global terrorist campaign. including through the #Hezbollah & #Hamas #terror organizations.

Israel welcomes the United States' decision to designate the #IRGC as a Foreign Terrorist Organization. pic.twitter.com/9ecGIo19o0

Make no mistake about it. Iran’s Islamic Revolutionary Guard Corps (IRGC) is acting like a terrorist organisation. The IRGC runs Tehran’s ballistic missile programme and is deeply involved in Iran’s nuclear programme.

Iran, through the IRGC, exports terrorism by sending money and weapons to areas such as Gaza, to fund Hamas and Islamic Jihad, and Syria and Lebanon where it funds Hezbollah and also deploys its own troops to bolster Hezbollah’s ground forces. The IRGC is also directly involved in planning terror attacks.

Iran remains the world’s largest state sponsor of terrorism and is a source of instability in the Middle East. It is right that President Trump took this bold decision and we hope more countries will wake up to Iran’s threat and take decisions like this.