US releases footage of Iran “removing unexploded mine” from oil tanker 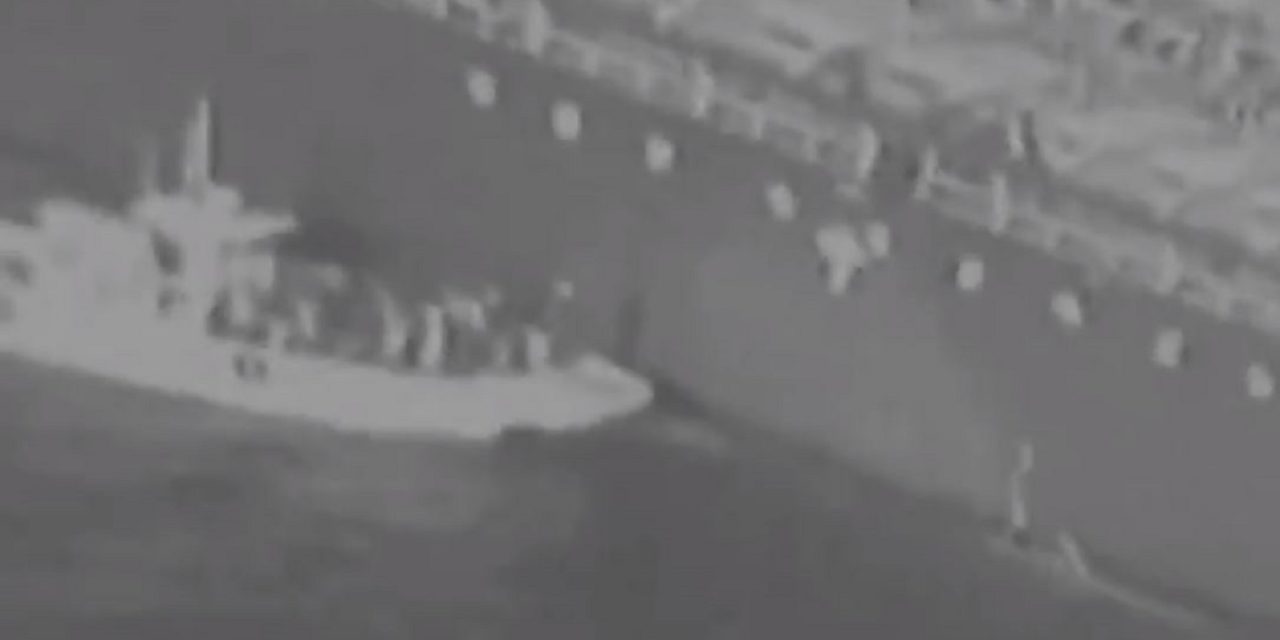 The United States has accused Iran of being behind the attack on two oil tankers in the Gulf of Oman after releasing incriminating video footage.

The US military released the video on Friday saying it shows Iran’s Revolutionary Guard removing an unexploded mine from one of the oil tankers targeted near the Strait of Hormuz.

It suggested the Iran had sought to remove evidence of its involvement from the scene.

US Central Command also released photographs showing the apparent mine, which attaches to the side of a ship magnetically.

The Daily Telegraph reports that the classified black-and-white images showed US determination to convince the international community that Iran was responsible for Thursday’s attacks on the Japanese-owned Kokuka Courageous, and the Norwegian-owned Front Altair.

A video released by the US shows Iran removing an unexploded mine after an attack on two tankers, the US says.

However, the Japanese operator of Kokuka Courageous said the crew saw “flying objects” just before the attack, suggesting the tanker was damaged by something other than mines. Yutaka Katada, the company president, said reports of a mine attack were “false”.

Both vessels suffered explosions, forcing crews to abandon ship and leave them adrift in waters between Gulf Arab states and Iran. All crew members were safely evacuated.

He said: “It was observed and recorded removing the unexploded limpet mine from the Kokuka Courageous.”

He added: “The United States has no interest in engaging in a new conflict in the Middle East. However, we will defend our interests.”

Jeremy Hunt, the foreign secretary, said the UK believed the US assessment that Iran was responsible but repeated his warning there was a serious danger of the US and Iran stumbling into an unwanted war.

Read more at the Daily Telegraph