US: Israeli restaurants in Portland vandalised with ‘Free Palestine’ graffiti 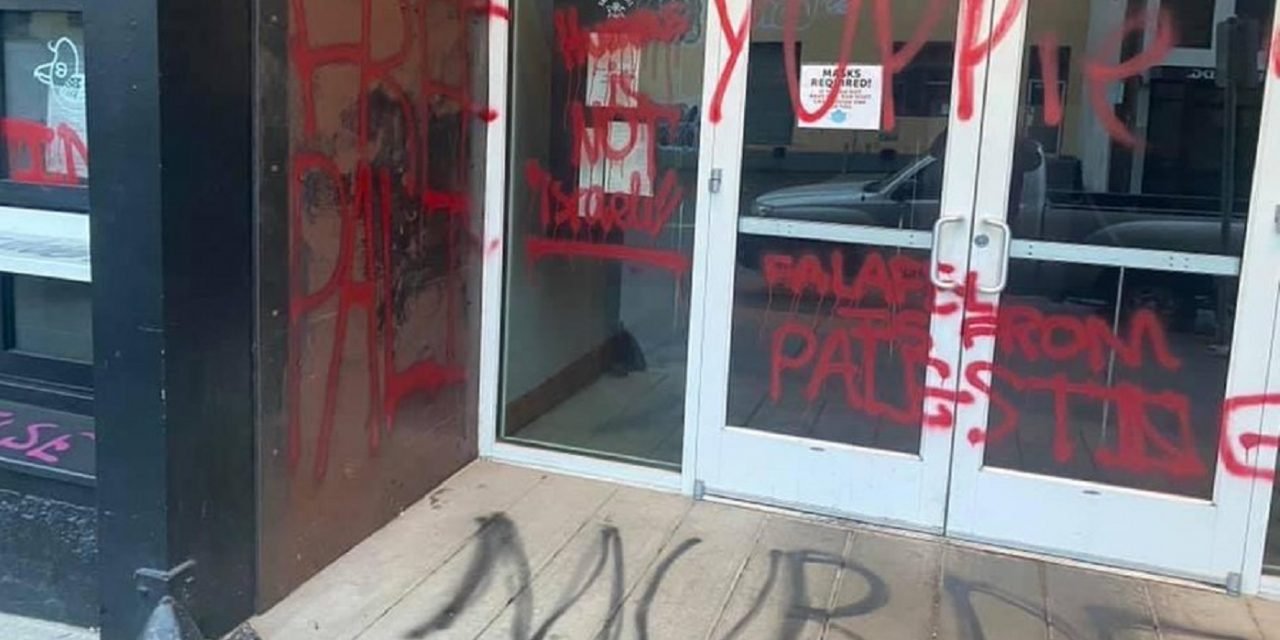 The Portland Police Bureau is reportedly investigating three separate incidents of such restaurants being vandalized at around the same time. These include a vegan hummus restaurant from Israeli chef Tal Caspi called Aviv and two branches of Shalom Y’all, a restaurant that specializes in Mediterranean food, including shawarma and falafel.
Some of the graffiti spray-painted on a Shalom Y’all restaurant read: “Hummus not Israeli”, “Falafel is from Palestine” and “murder”, According to photos posted on social media. Kasey Mills, Jamal Hassan and Laura Amans, the restaurant’s owners, described the assaults as antisemitic.
“We are committed to operating inclusive spaces, and do not tolerate messages of hate or racism in any form,” the owners wrote in their statement. “We are so thankful for the outpouring of support we have received from the community over the last 24 hours.”
Read more at Jerusalem Post