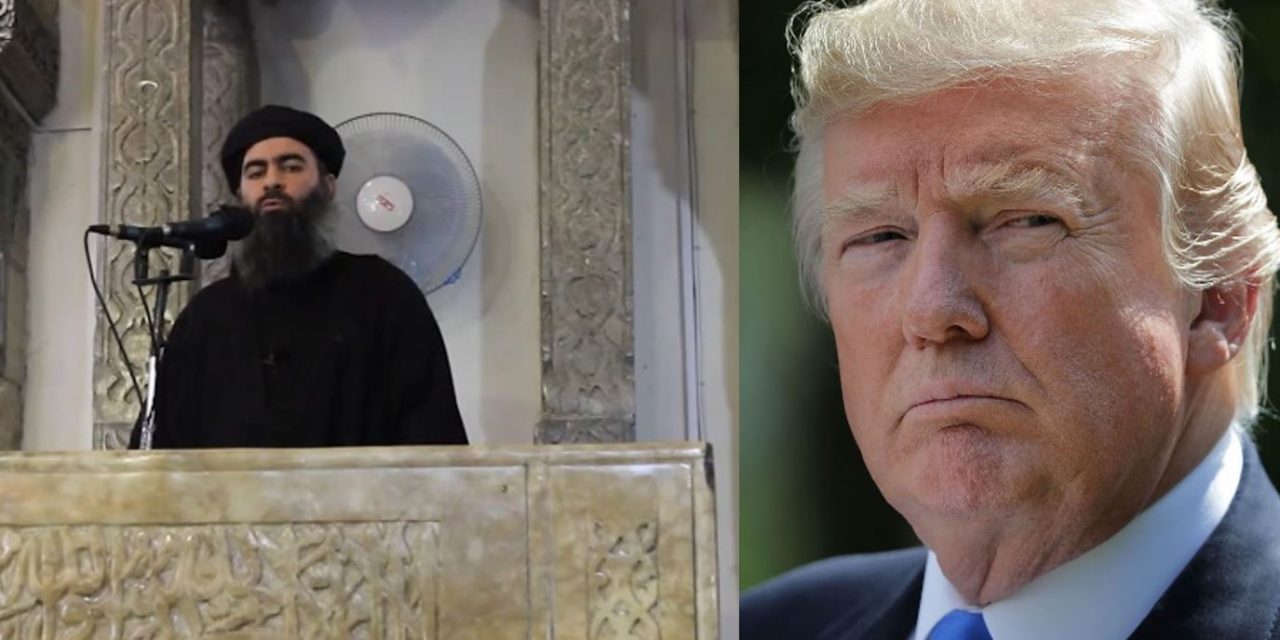 US President Donald Trump has said that five “most wanted” leaders of ISIS have been captured, an apparent reference to the capture of five commanders of the jihadi group group by Iraq.

“Five Most Wanted leaders of ISIS just captured!” Mr Trump wrote in a post on Twitter, providing no further details.

A statement from the US-led coalition against Isis called the arrests a “significant blow to Daesh,” using the Arabic acronym for Isis. The five alleged commanders are said to include Saddam al-Jammel, a Syrian involved in controlling territory around Deir Ezzor, and Ismail al-Eithawi, who is believed to be a top aide to Baghdadi. Those captured were not named by the coalition.

It was reported that the five were captured after being lured by Iraqi intelligence services into crossing the border from Syria.

Eithawi was captured in February by Turkish authorities and handed over to Iraqi agents, a security advisor to the Iraqi government told Reuters. Iraqi agents then used the Telegram messaging app on his mobile phone to lure four commanders from the group to cross the border from Syria into Iraq and into a trap, security advisor Hisham al-Hashimi said.

Iraqi Prime Minister Haider al-Abadi said last month he would “take all necessary measures” against jihadis based in Syria. The Iraqi air force has carried out several airstrikes since last year against ISIS positions in Syrian territory.

Source: The Independent with edits