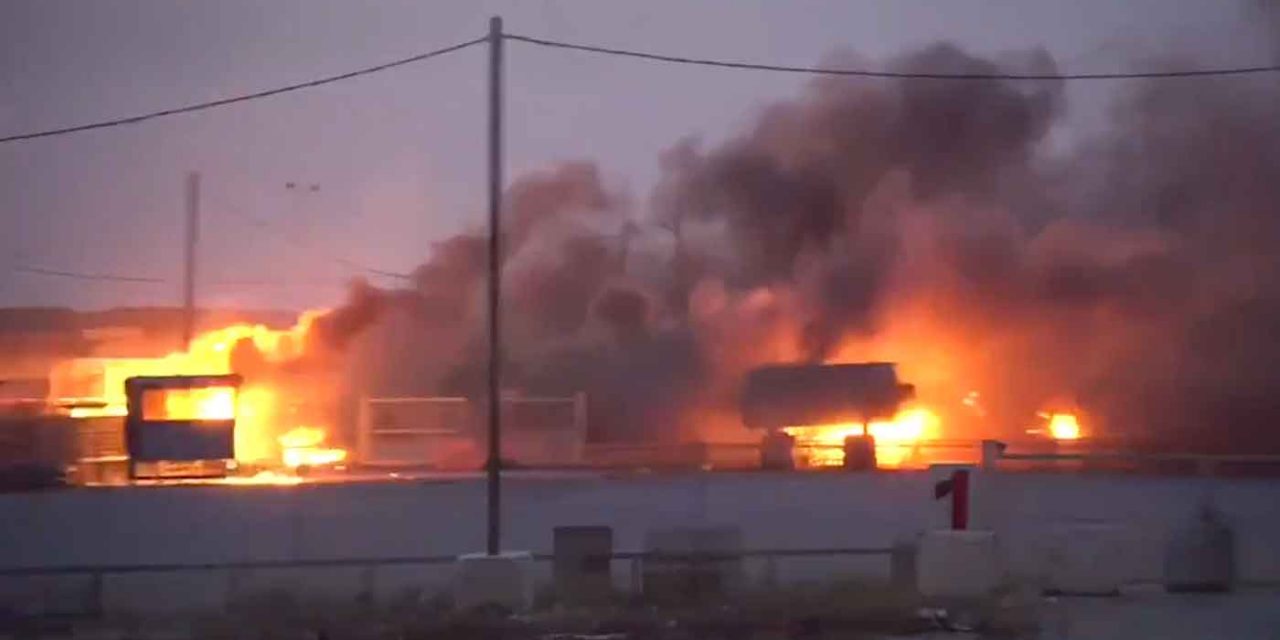 Last week, Palestinian “peaceful protesters” showed just how intelligent they were when they broke into the only humanitarian border crossing between Gaza and Israel, destroyed valuable humanitarian supplies for the people of Gaza and set fire to an oil and gas pipeline that supplies energy to their own people.

The Kerem Shalom border crossing is the only crossing for goods and humanitarian aid between Israel and the Gaza Strip. Hamas terrorists are only hurting the people of Gaza.

Breaking news: Palestinian rioters are now sacking the ONLY humanitarian crossing, through which Israel provides food, fuel and all other goods to the people in Gaza. Peaceful protest? pic.twitter.com/oOHOpPaN83

To give an example of the amount of aid that is shipped into Gaza, last week 2,370 trucks of humanitarian aid entered Gaza using this very crossing.

All of this aid is delivered into Gaza each week, yet Palestinian rioters took it upon themselves to destroy goods and damage infrastructure at the crossing,  jeopardising future shipments into Gaza.

“This is a cynical act that harms the welfare of Gaza residents and the humanitarian efforts carried out by Israel and many other countries,” the Israeli army said.

Friday, May 4, 2018, the riots escalated as Palestinian rioters vandalized and set ablaze the pipes that carry fuel and gas, as well as several of the crossings where humanitarian aid from the State of Israel and the international community passes into the Gaza Strip in order to improve the wellbeing of Gaza residents. The rioters burned offices, buildings, and gas tanks, and damaged fences and gate.

Dozens of trucks carrying merchandise and equipment have entered the Gaza Strip every week for years, as well as fuel that has been transferred to the Gaza Strip for its residents’ use. Hamas thereby acts against the interests of Gaza residents and worsens their situation for its own purposes.

During the Hamas terror organization activities, rioters can be seen faking of injuries and the exploitation of women and children is rampant. This is intended to disguise Hamas’s terror activities, including the hurling of explosive devices, grenades, attempted infiltrations into Israeli territory, and the burning of Israeli land.

Human Rights groups are constantly trying to highlight the humanitarian plight of the people of Gaza. And Gaza currently has a shortage of oil and gas (and tyres). So, will these pro-Palestinian groups condemn Hamas’s terrorists for damaging their own people? We won’t hold our breath.