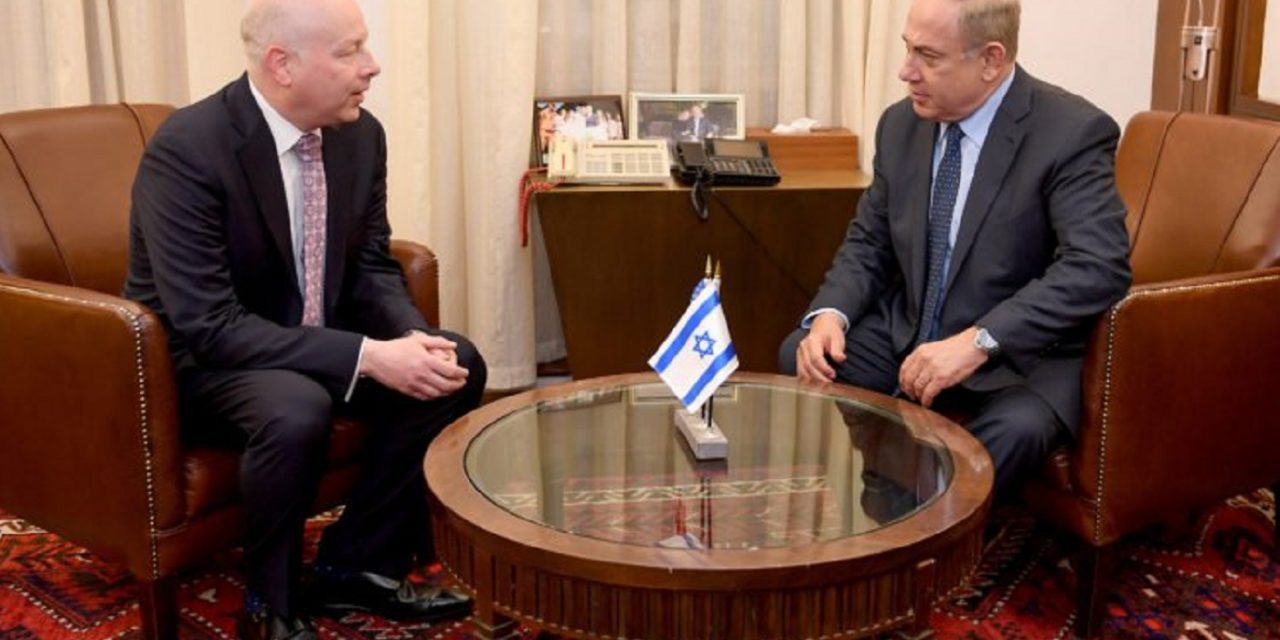 In what has been described as a diplomatic step-forward, Israel and Arab states met last week at the White House.  The “Gaza Aid” event marked an unprecedented moment for Israeli diplomacy, as Jerusalem interacted with Arab states with which it has no diplomatic relations. The last time that Israeli and Arab officials were in the same room together in common purpose was at the Madrid Peace conference in 1991. This was the first time the White House ever hosted an event of this nature.

Also attending were officials from Egypt, Jordan, Canada and various European countries. The Palestinian Authority was invited, but chose not to attend because they are still boycotting anything related to the US after Trump’s Jerusalem declaration.

The purpose of the meeting was to discuss the corruption in the administering of financial aid to Gaza. The proposal from Israel is that Arab countries personally supervise and assist the aid to the Palestinians.

Ben David explained, “There must be Arab League or some other group making sure the assistance is delivered and not diverted. The UAE and Qatar already do this with their countries’ aid money”.

Arab nations are concerned about the lack of Palestinian accountability. If the aid is being diverted, this only empowers Hamas and does not solve the humanitarian problems of the Gaza Strip.

Trump’s influence is considered important in the Middle East. Lenny Ben David from the Jerusalem Center for Public Affairs said, “The Arab states attended because Trump invited them, and he has a great deal of influence. I doubt they would have come if the invitation came from President Obama. But there is a new sheriff in town, and they feel beholden to him because he is standing up to Iran.”

Prime Minister Netanyahu said, “there’s a new hope in the horizon I had never seen before in my lifetime and it’s not related to the Palestinians; it’s related to the Arab world. Because of the growing danger of Iran, more and more, I would say, virtually all the Arab countries no longer see Israel as their enemy but as their vital ally in countering the threat of militant Islam. First, Isis, and Israel has demolished Isis terrorist attacks, dozens of major attacks, we foiled with our superb intelligence, including the downing of major big airliners. Israel has stopped that. We’ve shared that with, obviously, with America, but with dozens of countries and with the Arabs. But the other thing that the Arabs see is that we are united in stopping the greatest radical Islamic threat of war which is Iran. So out of this curse comes a blessing. The blessing is this extraordinary relationship between us and I think that ultimately we might be able to shift the ground. I don’t think it’s readily available right now, but I don’t discount that it could happen. We used to say if we make peace with the Palestinians will break out and normalise their relations with the Arab world. I think it actually may work more the other way around. We normalise our relations with the Arab world to help change the perception of Palestinians.”

The Arab concern about Iran’s nuclear threat has become even more apparent in an interview published last Monday. The interview hosted the Saudi Crown Prince Muhammed bin Salman, where he called the Iranian leader, Ayatollah Khamenei, the “new Hitler” of the Middle East.

The prince explained. “He wants to create his own project in the Middle East very much like Hitler who wanted to expand at the time. Many countries around the world and in Europe did not realize how dangerous Hitler was until what happened, happened. I don’t want to see the same events happening in the Middle East.”

Then he made it clear that “Saudi Arabia does not want to acquire any nuclear bomb, but without a doubt, if Iran developed a nuclear bomb, we will follow suit as soon as possible”, confirming his regime’s concern about the Iranian expansion.