Israeli and Iranian footballers pose for photo together 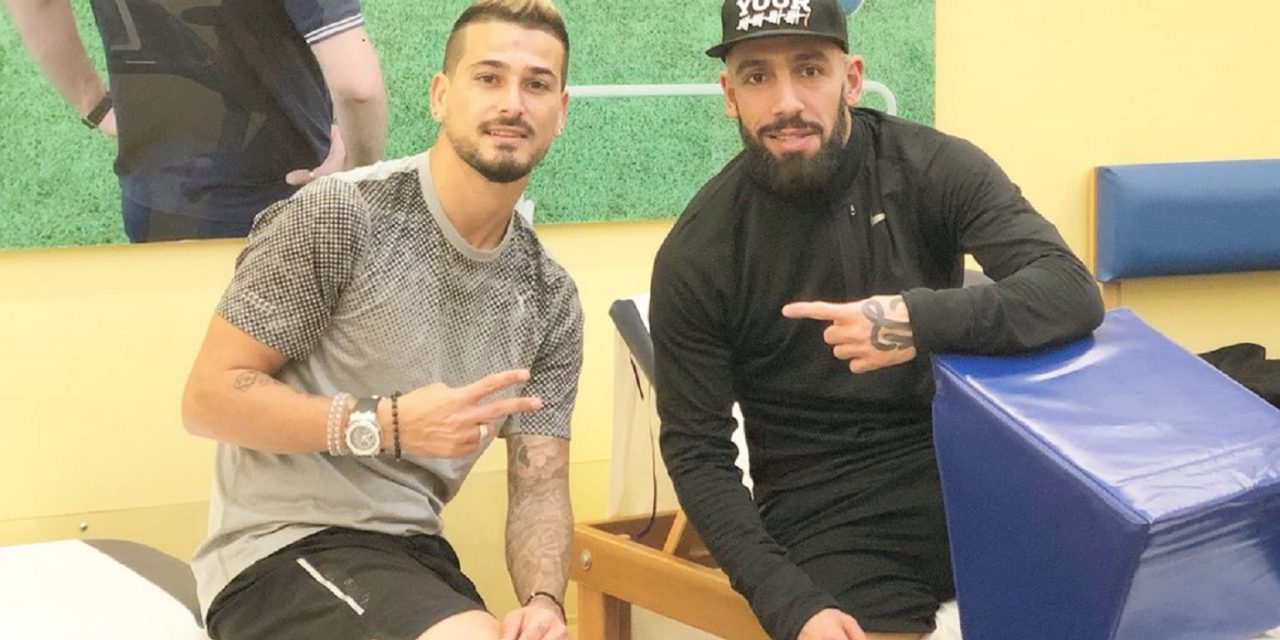 The captain of Iran’s national football team has  posed for a photo with an Israeli football star, an offence unlikely to go unpunished in a country that bans its athletes from competing against Israelis.

“In soccer, there are different rules, and there is one language without prejudice and without wars,” Maccabi Haifa and Israel National Team player Maor Buzaglo posted in Hebrew on Facebook and Twitter. He added, “The captain of the Iranian national team and I show it can be different.”

The photo shows Maor Buzaglo and Ashkan Dejagah, captain of the Iranian team and player of Nottingham Forest.

The picture was snapped in London, where Buzaglo was receiving medical treatment for his injured knee.

In 2007, the Iranian captain refused to play for Germany’s U21 team in Israel, triggering negative responses from German Jews. However, he has now explained that he did not travel to Israel because he feared being imprisoned if he went back to Iran, clarifying that his motives were neither racist nor anti-Semitic.

The Iranian regime strictly bans any of its athletes from competing against Israeli athletes. Just last year two Iranian footballers playing for the Greek football club Panionios were banned from their national team for having played against the Israeli football team Maccabi Tel Aviv. Fortunately, the outcry from the fans and the launch of an investigation by FIFA made the Iranian government retreat from its determination.