UK condemns Hezbollah says Israel has “right to defend itself” 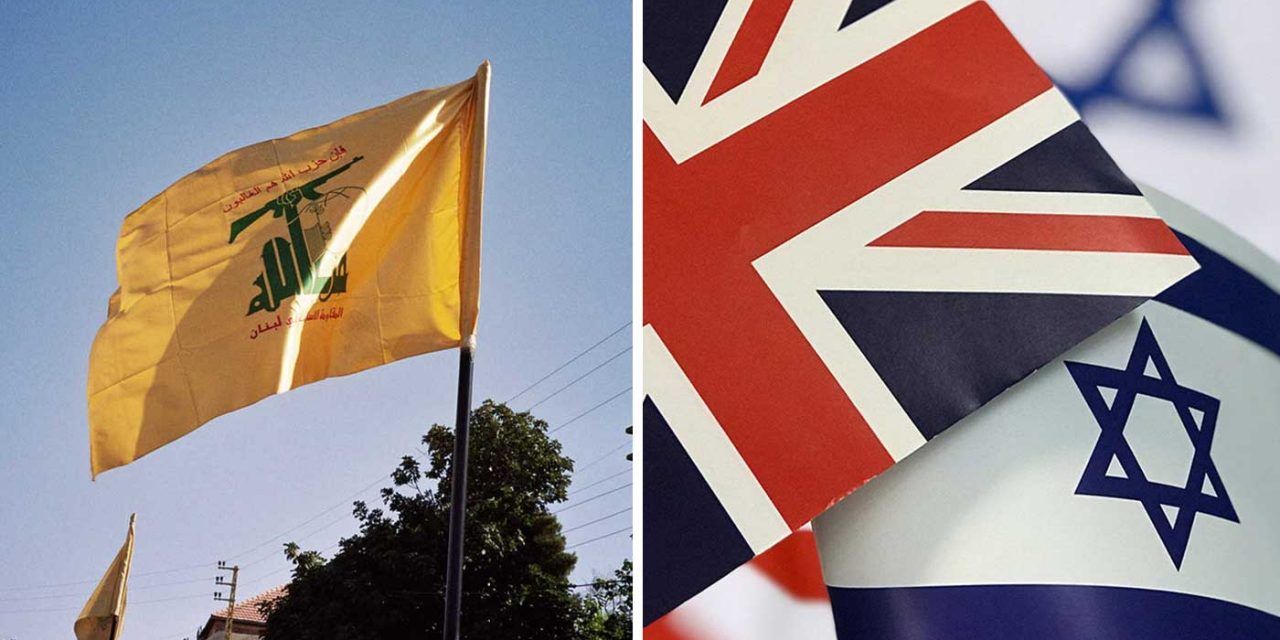 The UK’s Foreign Minister has come out and condemned that actions of Hezbollah on Israel’s northern border with Lebanon and says that the UK supports Israel’s defensive activities.

UK condemns Hizballah tunnels into northern Israel. This is a blatant disregard of UN resolutions, threatening Israel and Lebanon’s stability. UNSCR 1701 must be implemented. UK supports Israel’s right to defend itself.

The condemnations of Hezbollah comes after terrorist activities by the group in Lebanon which violate UN resolution 1701 and threaten Israel’s security. Whilst Israel is complying with the resolutions, Hezbollah is not. They are amassing arms and establishing military bases in southern Lebanon and have been caught digging terror tunnels into Israeli territory.

Earlier this week the Israel Defense Forces (IDF) launched “Operation: Northern Shield” in a bid to bolster their northern border with Lebanon to counter such activity.

Alistair Burt is too often critical of Israel whilst pandering to the Palestinians, so it is good to see the UK taking a stronger stand against Hezbollah and we hope this line of support for Israel will extend further with the UK banning Hezbollah in the near future.

To read more about why the UK should ban Hezbollah and to add your name to our petition, click here.

Whilst we welcome the UK’s response to defend Israel in this instance, it is becoming rare to see such strong condemnation of other terrorist groups surrounding Israel, such as Hamas and the terrorist activity incited by the Palestinian Authority. Outspoken support for Israel is also muted by our government when conflicts flare-up between Israel and the Palestinians. Therefore, we are eagerly watching the United Nations vote today to condemn Hamas also, which if passed, will be the first time the UN has condemned the terrorists that control Gaza.

Whilst answering questions yesterday in the House of Commons, Alistair Burt gave the following, rather disappointing answers regarding Hamas.

WATCH-A fine morning in Parliament (for a change!)

WATCH-Yesterday morning was the monthly Foreign Office questions in Parliament and it was good to see (for a change) some very positive questions and some (not so positive) answers from Alistair Burt. Thanks to Maria Caulfield, Bob Blackman and as ever, the indomitable Ian Austin MP

Posted by Sussex Friends Of Israel on Wednesday, 5 December 2018

Going back to the issue of Hezbollah; other nations have also condemned their activity on Israel’s border.

The German Ambassador to Israel Susanne Wasum-Rainer said her government “strongly condemns the aggressive behaviour of Hezbollah, as manifested in the tunnel system built in violation of Israel’s territorial integrity.”

The statements from the UK and Germany follow those of US National Security Adviser John Bolton who on Tuesday expressed “strong support” for Israel’s “efforts to defend its sovereignty.”

Israel is employing the high tech equipment it has developed on the border with Gaza to counter the terror activities of Hamas and is now implementing the same equipment in the north.

IDF spokesperson Lt. Col. Jonathan Conricus announced earlier the launch of Operation Northern Shield, saying “a number of tunnels” have penetrated Israeli territory and forces were working on the Israeli side of the frontier to destroy them.

The army said the operation was taking place in Israeli territory, though spokesman Ronen Manelis, asked by Army Radio whether forces planned on crossing the border fence with Lebanon, said the campaign would expand in the coming days.