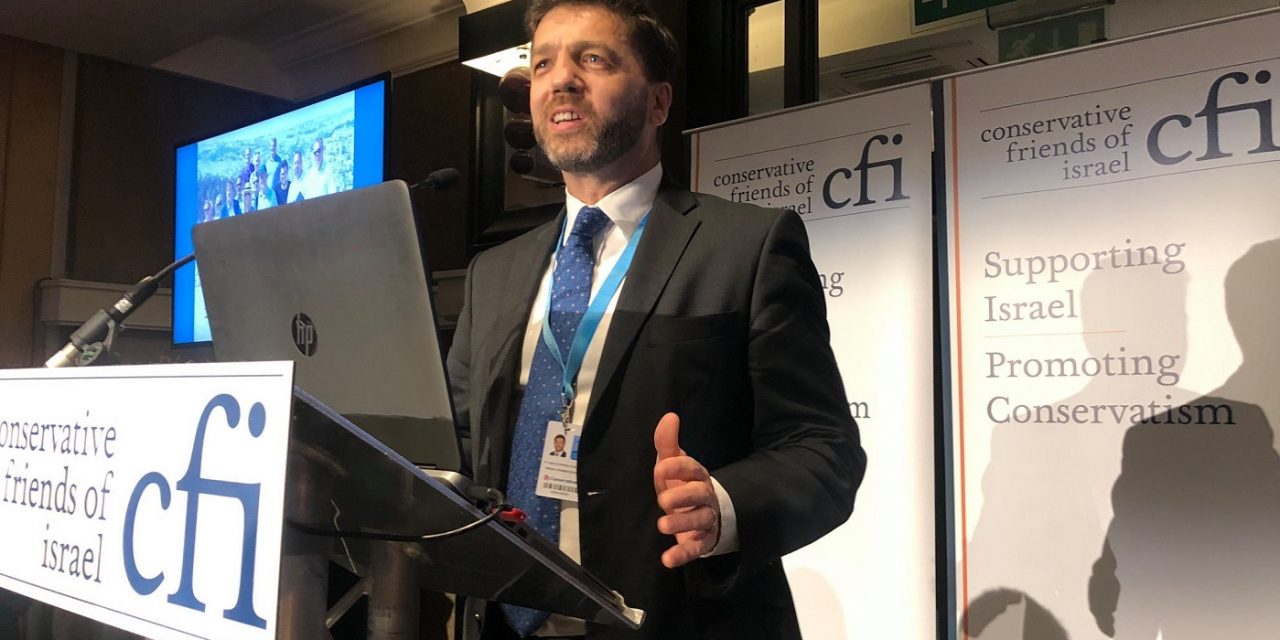 Calls were made during a virtual meeting this week for the UK government to support Israel at the UN, something CUFI supporters have recently contacted MPs about as part of our campaign to try and improve Britain’s voting record at the UN.

Conservative Friends of Israel (CFI) parliamentary group, chaired by Stephen Crabb MP, received a commitment from James Cleverley that the UK will vote against permanent agenda Item 7 which singles out Israel at the UN Human Rights Council (UNHRC). Israel is the only country that has a recurring agenda item at the UNHRC, in which the Jewish State is routinely condemned.

In a letter following the meeting, the Conservative MPs welcomed the UK government’s commitment to vote in favour of Israel, but said that there should also be action against all other “hostile” anti-Israel motions outside of Agenda 7.

The CFI delegation also urged the government to voice objections to the announcement by the International Criminal Court that it is to open a probe into false allegations of war crimes against Israel.

Britain’s position concerning Iran and its “destabilising regional activities as well as its nuclear programme” was also discussed, including the recent conviction of an Iranian diplomat involved in the plot to blow up an Iranian opposition rally in Paris attended by several British MPs, including three Conservative MPs attending this meeting.

One of those who had attended the Paris rally, Theresa Villiers,  said, “Too often, UN bodies single out Israel for disproportionate and unfair criticism.

“For years, I have been pressing ministers to ensure the UK always votes against this kind of unbalanced anti-Israel resolution.

“I’m also pressing the government for a tougher approach to Iran. It is in breach of is commitments under the nuclear deal and one of its diplomats was recently convicted of plotting a terrorist attack on a conference of Iranian opposition groups in Paris. Iranian backing for armed groups across different conflicts in the Middle East is causing huge instability and great loss of life.

“It is time to apply strong diplomatic pressure on Iran and the starting point should be to proscribe the Iranian Revolutionary Guard as a terrorist organisation.”

In meeting w/ Minister @JamesCleverly, @CFoI raised concerns over UN anti-Israel bias. Welcome UK Govt’s enduring commitment to vote against Agenda Item 7 at UNHRC and pledge to look out for other hostile resolutions, inc Item 2. This must now be demonstrated through action. pic.twitter.com/UPlERZ6PGO 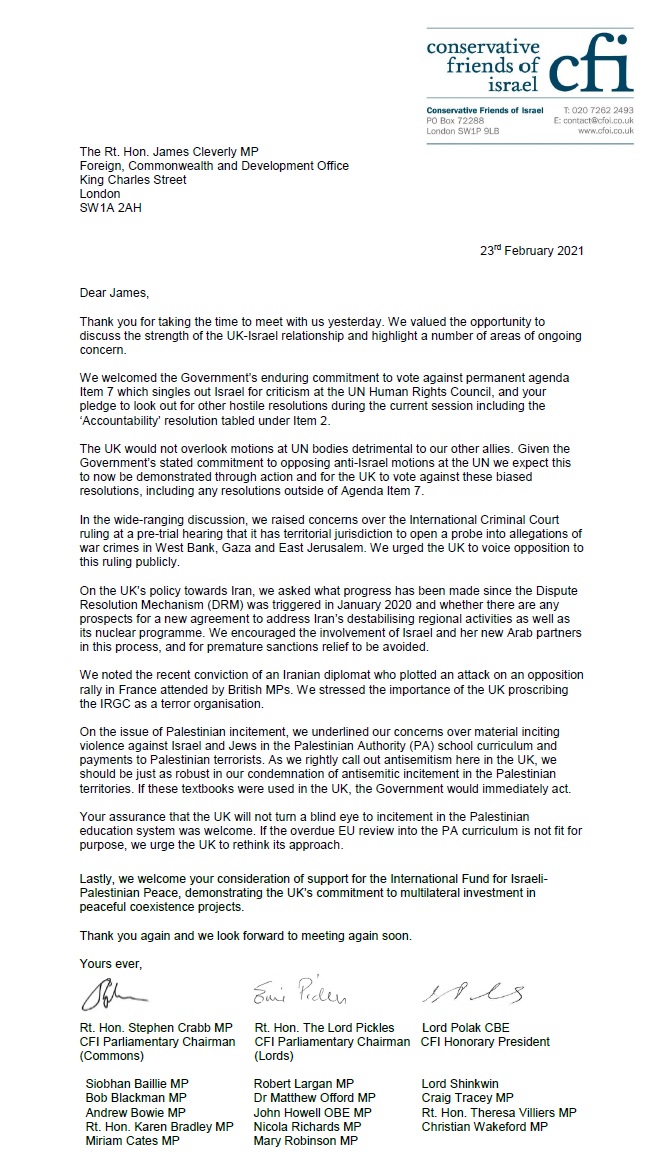 James Cleverly also gave those at the meeting an assurance that the UK will not turn a blind eye to incitement in the Palestinian education system.

“It is time to apply strong diplomatic pressure on Iran and the starting point should be to proscribe the Iranian Revolutionary Guard as a terrorist organisation.”

CFI welcomed UK's enduring commitment to vote against Item 7 at the UNHRC but must see action against all anti-Israel motions incl outside Item 7👇 pic.twitter.com/4lXWK2bamJ