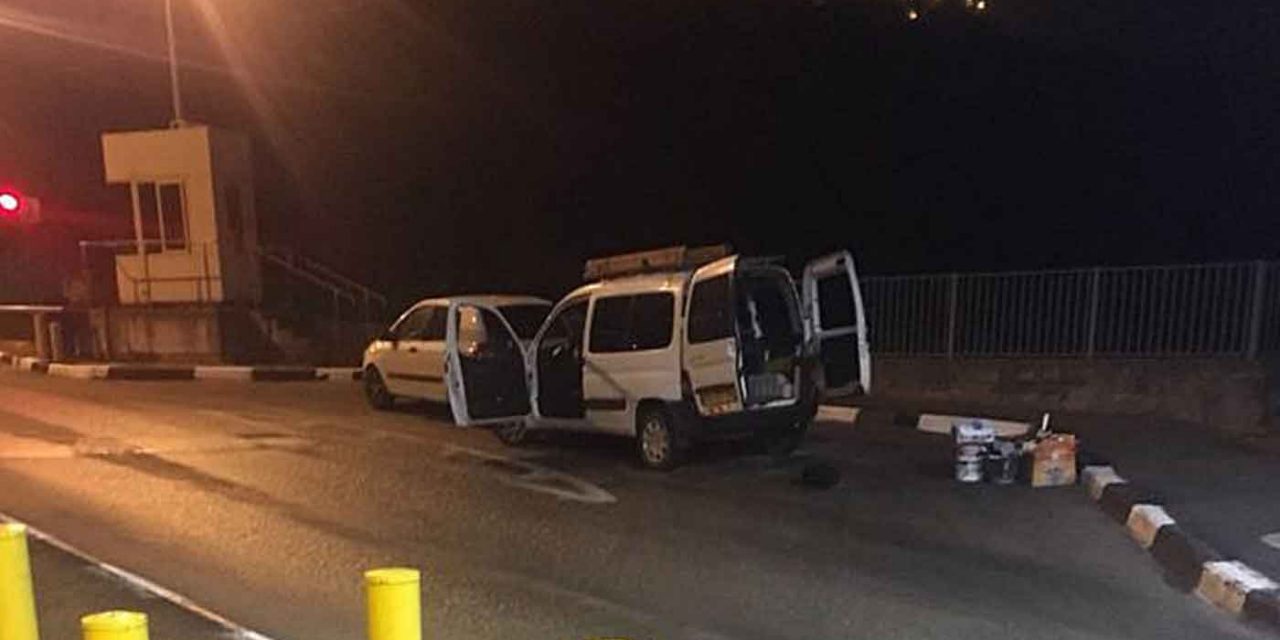 A statement from police said the “suspicious” vehicle carrying the Palestinians was stopped at the Ein Yael checkpoint in southern Jerusalem.

A search of the vehicle yielded the homemade explosive device, a knife, and tens of thousands of shekels in cash and checks, it said.

An army sapper was called to the scene to defuse the pipe bomb. The suspects were detained for questioning.