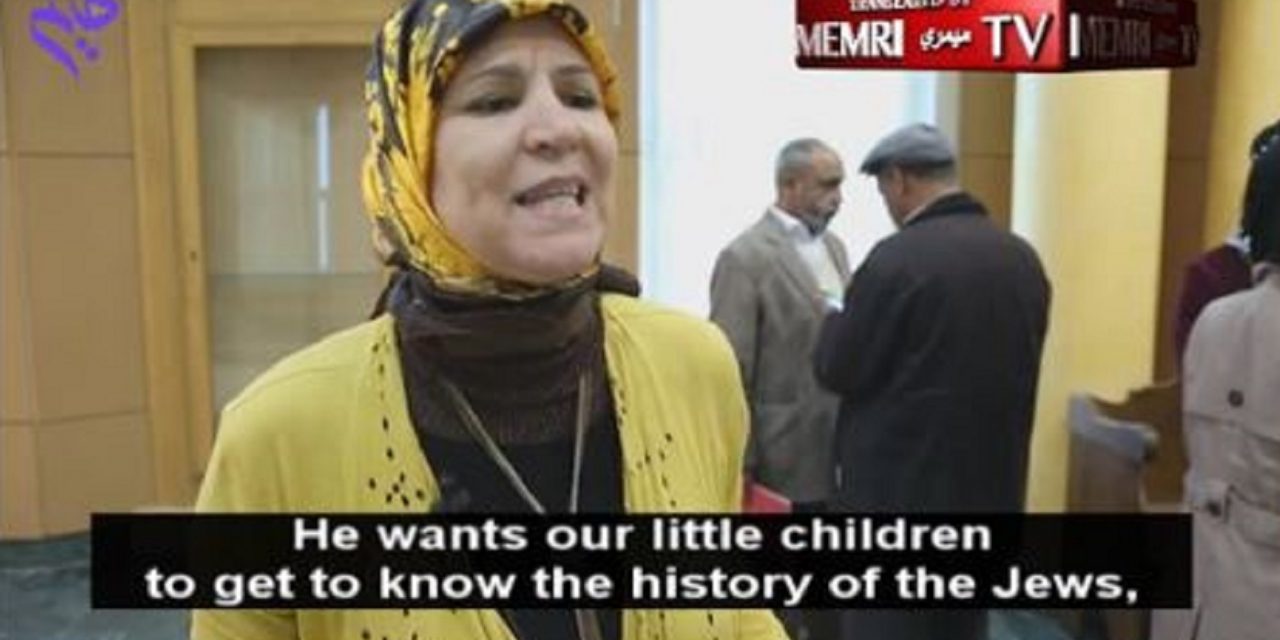 Anti-Semitic protesters tore down posters at the opening of a Holocaust exhibition at the National Library in Tunis, chanting slogans such as “Free Palestine, out with the Zionists.”

A report on the protest appeared on Meem Magazine Online, an Arab women’s magazine, on 15 December, and was translated by the Middle East Media Research Institute (MEMRI).

Tunisian University Professor Habib Kazdaghli, the exhibition’s organizer, said that the purpose of the exhibition was to “make our children love history” and that it had been organized months before U.S. President Donald Trump’s declaration on Jerusalem.

Hamida Bessaad, a National Library researcher, blasted the exhibition, saying the organizer “wants our little children to get to know the history of the Jews and learn about their Holocaust,” but that “the children of Palestine have been going through a Holocaust since 1948.”

Civil society activist Kawthar Chebbi called the Holocaust a “decades-old myth” and a lie, and political activist Omar Al-Majri said that the Holocaust had been “perpetrated by the Zionist movement in collaboration with the Nazis.”