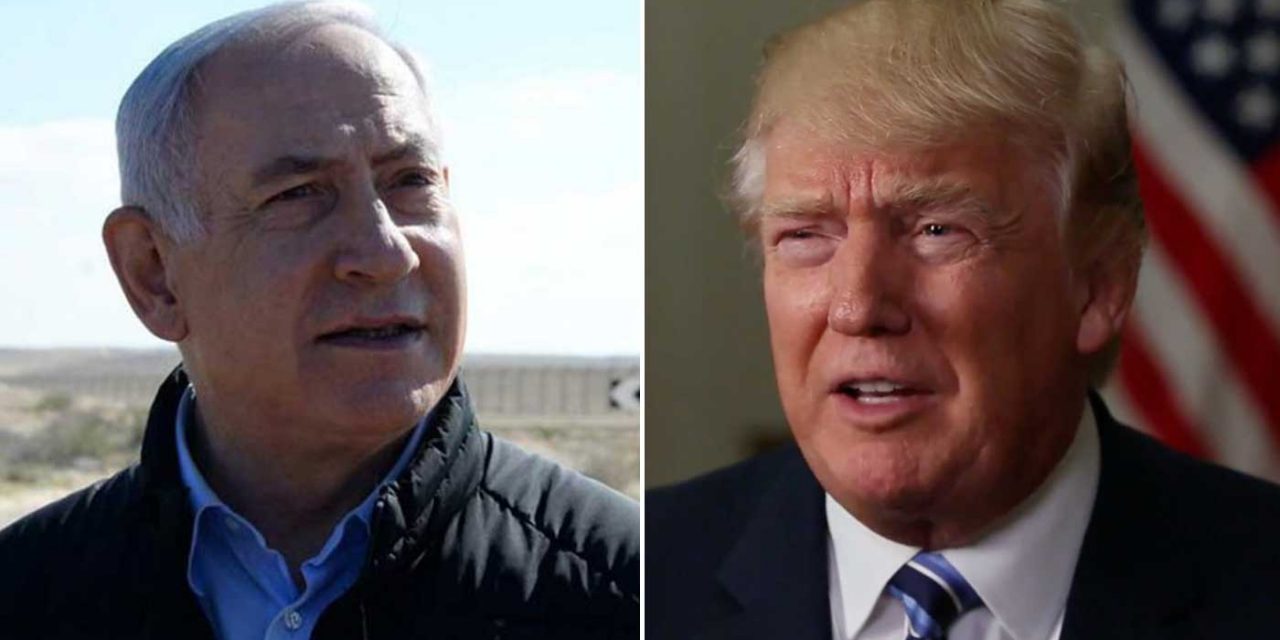 President Donald Trump announced Thursday that the United States officially recognizes Israel’s sovereignty over the Golan Heights, signalling a significant change in US policy towards Israel.

“After 52 years it is time for the United States to fully recognize Israel’s Sovereignty over the Golan Heights, which is of critical strategic and security importance to the State of Israel and Regional Stability!” Trump tweeted.

After 52 years it is time for the United States to fully recognize Israel’s Sovereignty over the Golan Heights, which is of critical strategic and security importance to the State of Israel and Regional Stability!

Prime Minister Benjamin Netanyahu then called the President and thanked him for his decision, telling Trump: “You made history.”

Prime Minister Benjamin Netanyahu spoke this evening with @POTUS Donald Trump and thanked him for the decision to recognize the Golan Heights.

Prime Minister Netanyahu told US President Trump: "You made history."

“Every time you come here you can appreciate the strategic importance of Israel being on the Golan Heights, and the fact that we’re creating here new life, green life — a future, which is very different, obviously, from what existed before,” Netanyahu said.

“The most important observation that I’d make is that the Golan has always been part of Israel, from the earliest days of our history, and has certainly been part of the State of Israel since 1967, and more recently 1981. The Golan is part of Israel. The Golan must stay part of Israel — forever. It’s very important that the international community recognize this fact and accept it, and most especially our great friend, the United States of America… We have no greater friend, and we appreciate it.”

It seems that Netanyahu’s wish has now become a reality. The United States is to officially acknowledge Israel’s sovereignty of the Golan Heights. And for that, we truly commend President Trump and his administration for making the right decision!

Watch the full press conference between US Secretary of State Mike Pompeo and Israel’s Prime Minister Benjamin Netanyahu below.

Why is the Golan Heights so important for Israel to maintain?

Colonel Richard Kemp’s case for the Golan being Israel’s territory:

The Golan Heights were a launch-pad for aggression against Israel from the rebirth of the state in 1948 until captured by Israel in a defensive war in 1967. Even today, territory adjacent to the Golan has been used to threaten Israel. It is time for the international community to recognise Israel’s possession of the Golan Heights as legitimate and necessary. Such a bold move would do much more than just support Israel’s security — it would also advance peace and regional stability.

The Golan Heights, bordering Israel, Syria, Lebanon and Jordan, dominate the Jordan Rift Valley which contains the Sea of Galilee and the Jordan River. The Heights were allocated by the British and French governments to the French Mandate of Syria in the 1920s and were transferred as part of the newly independent state of Syria in 1946. When the administrative line between the British and French Mandates was drawn in 1923 no consideration was given to defence against aggression from either territory.

The picture has of course changed immeasurably since then. Vulnerability of Israel to occupation of the Heights by hostile forces is proven by recent history and re-affirmed by events from the start of the civil war in Syria until today. This vulnerability remains even with the advent of modern warfighting technology.

It is a commonly held view that Israel’s possession of the Golan Heights is illegal under international law. But this position is not tenable. It is illegal to hold onto territory acquired through wars of aggression, but Israel gained the Golan Heights during its defence against aggression launched from the Golan. Under the UN Charter defensive war is not illegal and throughout history countries have retained territory gained in their own defence.

Recognition by the international community would not encourage wars of aggression but, on the contrary, would deter them. Returning the Golan Heights to Syria would not only endanger Israel and against their will consign the 25,000 Druze living there to the depredations of President Assad; but it would also send the message that an aggressor has nothing to lose as there is no territorial price to pay for its violent actions.