Tributes pour in for Ari Fuld, “fighter for Israel in life and death” 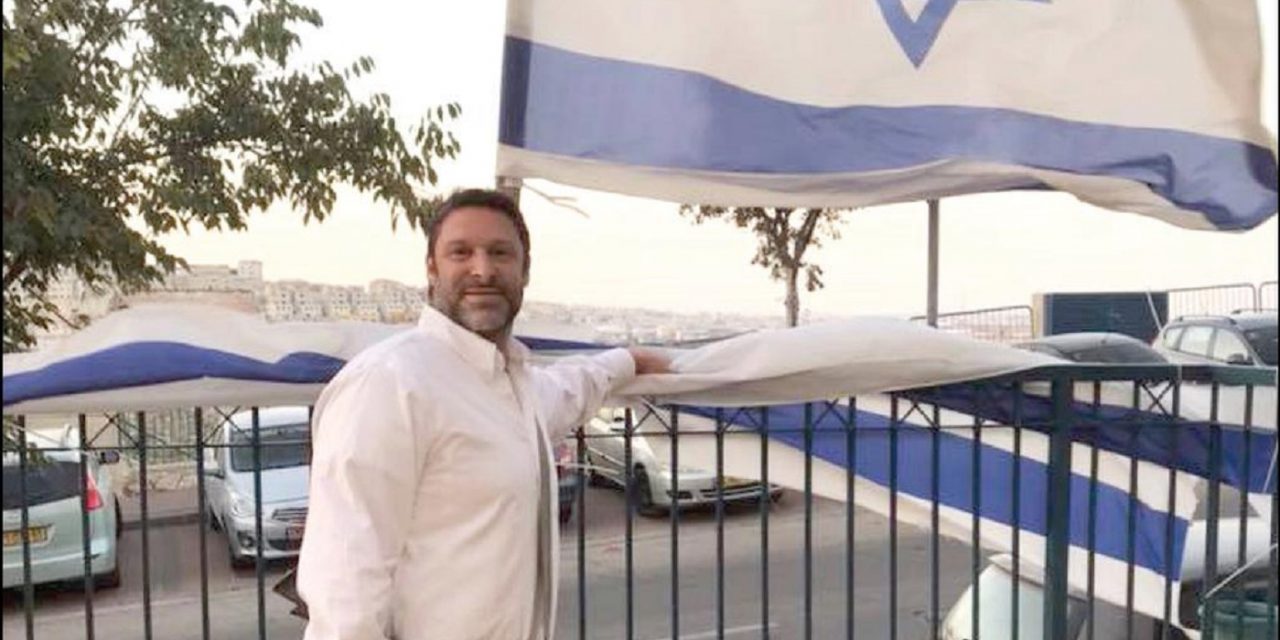 Ari Fuld, a well-known pro-Israel advocate, was murdered on Sunday outside of a supermarket in Gush Etzion, south of Jerusalem, when a Palestinian terrorist stabbed the 45 year old, father of four in the back. Ari, a combat veteran from Israel’s elite Golani Infantry Brigade managed to pursue his attacker and shoot him in the back several times before collapsing and passing away shortly after in hospital.

Many people will have seen or heard Ari on social media or Israeli TV defending the State of Israel, crushing anti-Israel propaganda and passionately declaring his love for the “beautiful rolling hills of Judea, Israel”.

Many from the shocked pro-Israel community have given tributes to Ari.

Colonel Richard Kemp, tweeted “A soldier to the last he shot the Islamic terrorist that stabbed him in the back before succumbing to his wounds.”

US Ambassador, David Friedman, tweeted “America grieves as one of its citizens was brutally murdered by a Palestinian terrorist. Ari Fuld was a passionate defender of Israel & an American patriot. He represented the best of both countries & will be deeply missed. May his family be comforted & his memory be blessed.”

Writing in Breitbart, Caroline Glick describes Ari as the “sort of person you could always count on to put his own interests on hold to help Israel”.

“His passion for Israel and its defense permeated everything he did”.

Very sorry to hear that my friend and IDF Paratrooper Ari Fuld was murdered today in Gush Etzion. A soldier to the last he shot the Islamic terrorist that stabbed him in the back before succumbing to his wounds. pic.twitter.com/rWapRflwEr

America grieves as one of its citizens was brutally murdered by a Palestinian terrorist. Ari Fuld was a passionate defender of Israel & an American patriot. He represented the best of both countries & will be deeply missed. May his family be comforted & his memory be blessed.

Ari Fuld, who was raised in New York, moved to Israel in 1994. The dual US-Israeli citizen lived in Efrat with his wife Miriam, and was the father of Tamar, 22, Naomi, 21, Yakir, 17, and Natan 12. He served as a sergeant in an elite paratroopers unit in the IDF reserves, and also served on the Efrat emergency squad.

Ari’s wife Miriam spoke during his funeral explaining how her husband had kept the shrapnel that had lodged in his bullet proof vest while he served in Lebanon. He also kept small notebooks in which he jotted down his thoughts during his IDF service.

Miriam, read some of those words, in which he spoke of the importance of courage and his prayer that God would let the IDF persevere over their enemies.

When he received his discharge papers at age 40, he tore them up because he felt so privileged to serve in the Israeli Jewish army, she said.

Soon after arriving as a child he met Avi Abelow, who became a lasting friend.

Both men settled in Efrat, a suburban community south of Jerusalem, with a large American émigré population. They lived on the same street, sat next to one another at synagogue every day, and raised their children together.

Both men also devoted their lives and careers to defending Israel against hostile media coverage on social media and other platforms. Fuld was about to embark on a world speaking tour when he was murdered.

Speaking with apparent shock at the sudden loss of his closest friend, Abelow said Sunday afternoon, “Every day we sat next to each other at synagogue. Every day we’d talk about what we were doing to advocate for Israel. Ari was committed to what he referred to as ‘changing the narrative about Israel.’”

“He always called out the media for their lies. He emphasized always that the Jews are the indigenous people in this land. He had a meme he would post over and over again. It was a picture of the Western Wall and the Temple Mount with the Dome of the Rock Mosque above it. He circled the Western Wall and wrote that it was below the mosque because it was built first. The Jews were here first.

“Ari’s was a unique and big voice for Israel on social media. He had a very in-your-face style. He called people out as liars forcefully. He had live video feeds from Jerusalem’s Old City – virtual live video tours of the Old City. He also broadcast from Hebron. In Hebron, two weeks ago he went up to the TIPH volunteers [Temporary International Presence in Hebron] and got them to admit that they aren’t neutral.

“That personified who he was. He always went up to journalists and confronted them for their lies. He was such a fighter. And he died fighting like he lived. His name Ari means lion. And he was a Lion of Israel in every way.

“On a personal level, I just lost my best friend. He was my partner in what we are trying to do to get the truth out. It’s a huge loss on a family level. Our children are friends. Huge loss.

Prime Minister Benjamin Netanyahu made a surprise visit to Gush Etzion to visit the Fuld family prior to the burial.

“We are alive because of heroes like Ari. We will always remember him,” Netanyahu said adding that the embraced the family in the name of the nation of Israel.

At the #Kotel in #Jerusalem. Wow! #Selichot pic.twitter.com/e3qeuTMmeT

TORAH LIVE. Did Moshe give Yehoshua the worst or best advice for a leader? Tune in