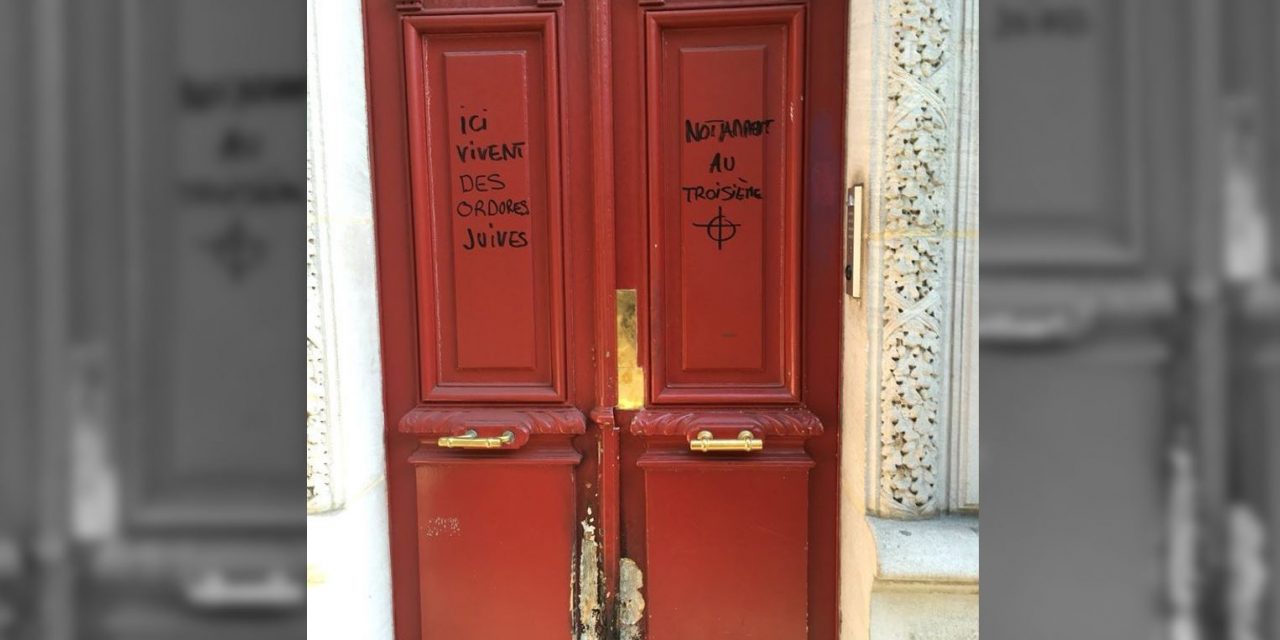 A Jewish home in Paris was targeted by antisemitic vandals, who defaced the front door with anti-Jewish graffiti and a symbol used by far-right groups in Europe.

On Thursday, residents of the home, located on Ordener Street in the Grandes-Carrieres district of the French capital, found that the front door of their home had been vandalized, likely at the end of the Yom Kippur holiday, which ended Wednesday night.

Scrawled across the doors were the words “Here lives Jewish trash,” along with a cross overlaid on a circle. Known as a “Celtic cross”, the symbol has been used in recent years by white supremacist and neo-Nazi groups across Europe.

According to Marie Ottavi from Libération, the family in question has been targeted by vandals in the past, writing that the “door of the building has been torched twice in the last three months”.

Local police have opened an investigation into the incident, local mayor Eric Lejoindre of the 18th arrondissement told FranceInfo.

“The police went to the scene and collected evidence, an investigation is underway and I hope it will be completed as soon as possible,” he said.

“The residents had recently filed complaints about the fires mentioned by the Libérationjournalist by local residents,” Lejoindre continued. “But at this point, we do not know if these fires are linked with the graffiti found this morning.”