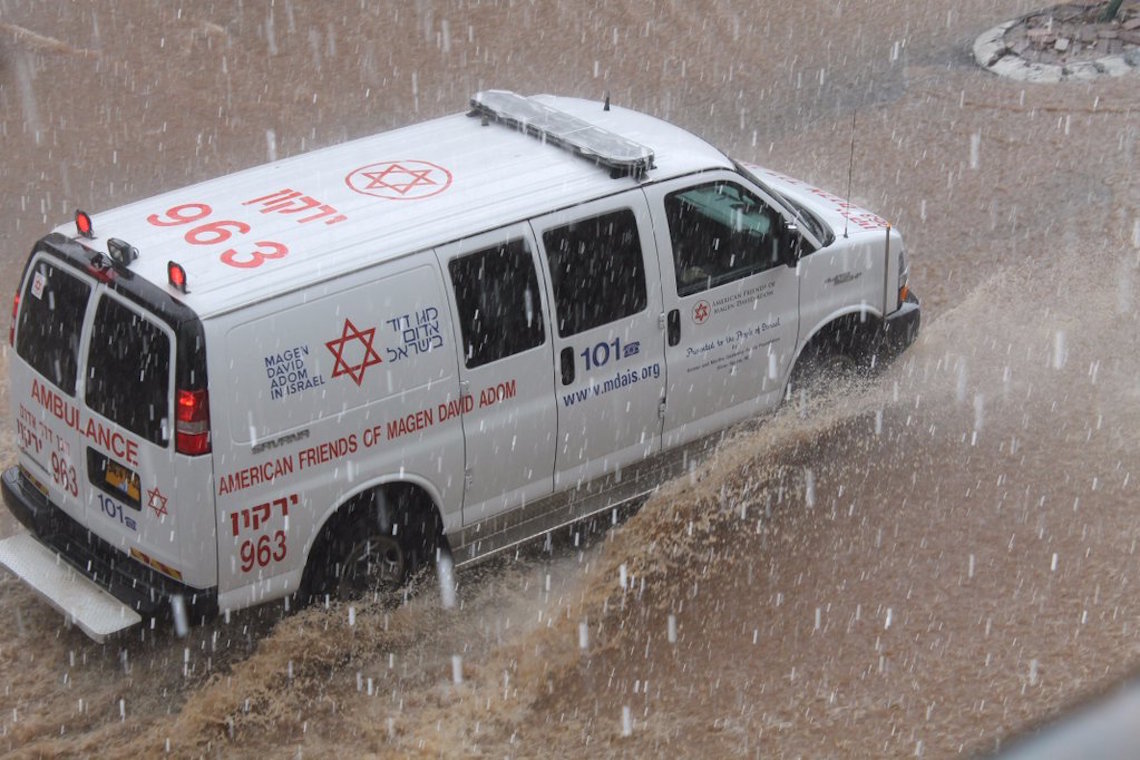 An Israeli woman was lightly injured during a stabbing in the southernmost city of Eilat on Thursday, the police said.

The woman was rushed to a nearby hospital for treatment.

The suspected stabber fled the scene shortly after the attack, according to police spokeswoman Luba Samri. Police arrived in force at the scene to search for the attacker and collect evidence and eyewitness testimony.

An Arab teenager was arrested during a police search and was taken in for further questioning, Samri said.

A woman was lightly hurt when stones were thrown at her car on Route 60, near the Karmei Tzur settlement, north of the West Bank city of Hebron. The woman, who is pregnant and was cut by glass shards, was taken by Magen David Adom rescue personnel to Shaare Zedek hospital in Jerusalem.

Hours earlier, a woman in her 60s was lightly wounded in a stone-throwing attack on her car on Route 431, close to the central town of Ramle.

She sustained wounds to her face from the stones and from shattered glass. The woman was travelling with her 8-month-old grandson at the time. The child was unhurt in the incident.

An IDF soldier was lightly wounded in a stabbing attack in Hebron on Thursday morning, police said.

During a violent demonstration, a Palestinian man armed with a knife approached Israeli forces. He stabbed one of the IDF soldiers, slicing his face.

The soldier recovered from the blow and fought back. The attacker then tried to assault a Border Police officer who was standing nearby, police spokeswoman Luba Samri said.