The Christian woman who saved 2,500 Jewish children during the Holocaust 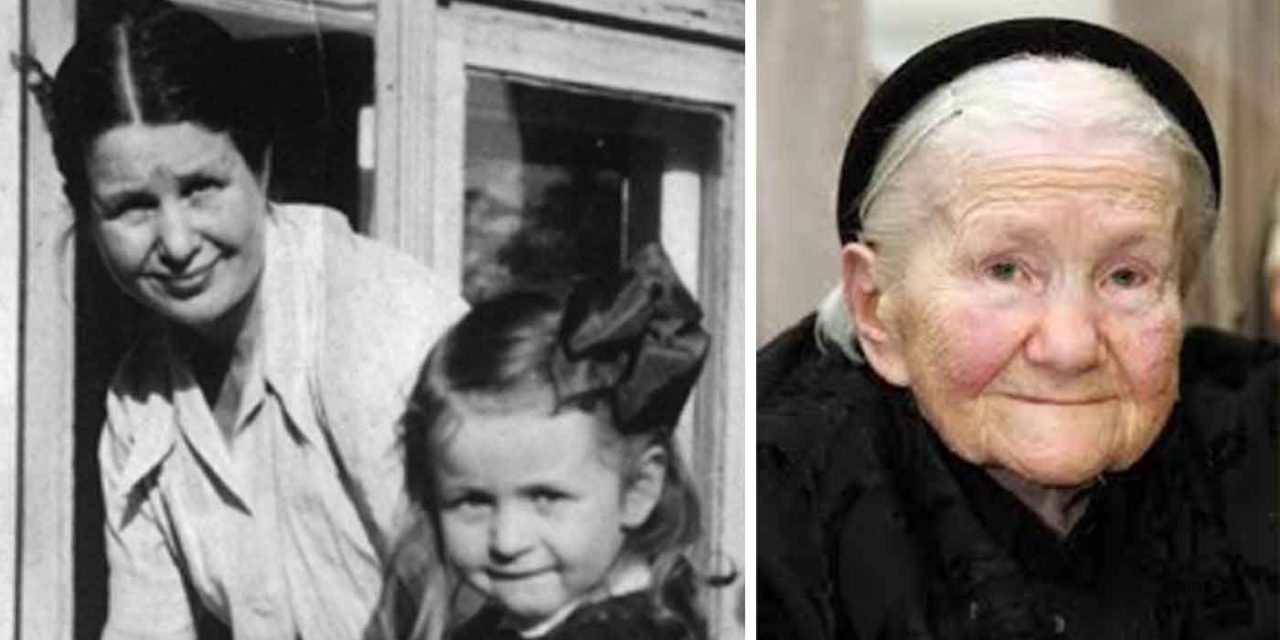 Irena Sendler was born in Poland into a Christian family in 1910. She lived just fifteen miles from the largest Jewish community in Poland and from an early age became familiar with the Jewish people. At the age of seven, her father, who was a doctor, contracted typhus and died. Many of his patients were Jews whom other doctors would not treat.

The Jewish community appreciated the work of her father and offered to pay for Irena’s education; her mother politely declined.

Attending the University of Warsaw, she experienced anti-Semitism when the university participated in the “ghetto-bench system”, where Jewish students were placed on the left side of lecture halls in seats designated for them only. She opposed this system and as a sign of protest defaced her grade card in public, resulting in a three-year suspension from the university.

In 1939 Germany invaded Poland and the brutal treatment of Jews began. Irena did what she could by offering food and shelter. However, when the Warsaw Ghetto was created in 1940, Irena could no longer help the isolated Jews. The Ghetto was an area the size of New York’s Central Park, was surrounded by 10ft high walls with barbed wire on top and guarded by Nazi guards. Around 450,000 Jewish people were forced to live in this area.

The conditions in the ghetto were dire. Forced to live on just 180 calories per day, around 5,000 Jews died each month from starvation and disease.

It was at this time that Irena joined a small underground movement called Zegota, the Polish Council to Aid Jews, where she became the head of the children’s division. Using her social worker papers and the papers of a worker of the Contagious Disease Department (who was part of the Zegota) she gained access to the Warsaw Ghetto under the false pretences that she was inspecting for disease.

Irena described the ghetto as “pure hell beyond description.” So disturbed by what she saw, she gathered some of her colleagues and told them, “Listen, we have to declare war on Hitler!”

Putting together a small group, Irena devised a plan to smuggle children out of the ghetto. Each time she entered the ghetto she begged mothers to give up their children.

They turned everyday items into smuggling tools, hiding children in coffins, potato sacks and even a toolbox. The children who could speak good Polish were taught Christian prayers to be smuggled through a Church at the entrance to the ghetto, but this was risky as the Nazis guarded the entrance.

If a child pretended to be sick, or was genuinely sick, then Irena’s team could legally remove the child from the ghetto in the ambulance. They would also hide another child under the stretcher carrying the sick child.

Irena also kept her dog in the back of her truck which she trained to bark each time they passed through the ghetto gates. This had the double effect of keeping the guards at a distance and also covering up any crying or other noises that the children might make.

Every rescued child was housed by non-Jewish families and provided with new documentation and a new name. However, Irena kept the real names of the children and their location written on thin pieces of tissue and stored them in jars. She then buried these jars under a tree that only she knew the location of.

Irena (who was using the alias Jolanta) was arrested by the Gestapo on 20 October 1943 after her operation was discovered. She was placed in the notorious Piawiak prison where she was questioned and tortured. The Nazis broke both her legs and ankles. No matter how much they broke her body, they could not break her spirit. She never revealed the names or locations of any of the children or the Zegota.

She was eventually sentenced to death by shooting and sent off for execution. The following day her death was announced and posters were placed over the city. However, Irena was not dead. In fact, she read one of the posters herself. The Zegota had bribed her executioner, who instead of shooting her, helped her escape and faked her death.

During the remaining years of the war, she lived hidden, just like the children she rescued. When the war was finally over, she dug up the bottles and began the job of finding the children and trying to find a living parent.

Unfortunately, almost all the parents of the children Irena saved died at the Treblinka death camp. But Irena had already made each family who accepted a child promise that they would send the children to Jewish families when the war had ended.

When she counted all the names in her jars, there were over 2,500 children.

With the exception of diplomats who issued visas to help Jews flee Nazi-occupied Europe, Irena saved more Jews than any other individual during the Holocaust. “Every child saved with my help is the justification of my existence on this earth and not a title to my glory,” she said.

Her fight for the Jews did not end with the war, she was also an advocate for Israel. In fact, in 1969 she was forced to retire early from Poland’s Ministries of Education and Health after she made public declarations of support for Israel during the 1967 Six Day War.

Irena Sendler was recognised by the State of Israel in 1965 as “Righteous among the Nations”. In her later years, she also received the Order of the White Eagle, Poland’s highest honour, for her work saving the children.

Irena passed away in 2008 at the age of 98. A remarkable woman who declared war on Hitler… and won.