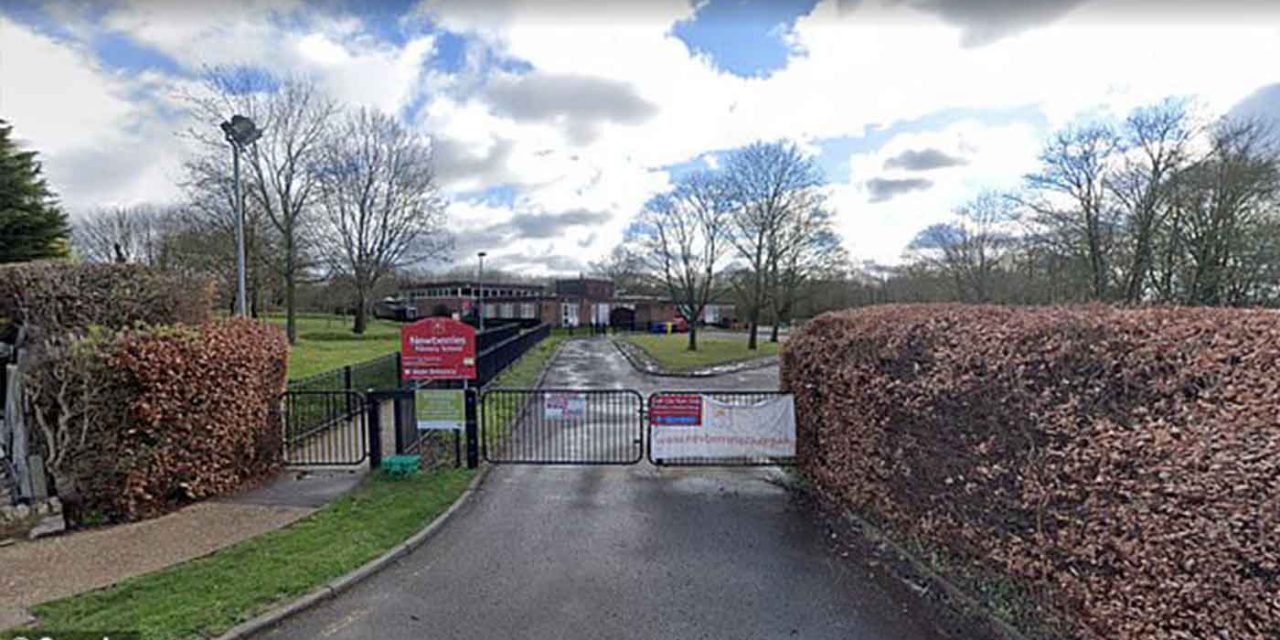 A teacher has been sacked for ‘joking’ with Jewish pupils that she would ‘ship them off to the gas chambers’ if they did not finish their homework.

Newberries Primary School dismissed the woman on Friday following an outcry from children and parents.

The teacher is said to have made the anti-Semitic remark on Thursday while teaching a class of 28 ten-year-olds, 11 of whom are Jewish. According to parents, she said: ‘You better finish off your work quick, or I’ll ship you all off to the gas chambers.’

It is understood that when challenged by one of the pupils, the teacher said she was ‘joking’ and apologised, before asking the children not to tell anyone.

However, pupils informed their parents and the news soon spread on school WhatsApp groups.

Many parents telephoned and emailed the head teacher to complain, with some even threatening to withdraw their children unless the staff member was dismissed.

On Thursday evening, the board of governors held an emergency meeting to discuss the issue, and dismissed the teacher the next day.

The action was instant because the woman was an agency worker, and therefore had no permanent employment contract with Newberries, it is understood.

A spokesman for the school said: ‘We can confirm that last week we were made aware that an alleged racist comment had been made by an agency teacher working within the school.

‘We acted on this immediately and our governors and leadership team are undertaking a full investigation. The agency teacher will not be returning.’

After the dismissal, the school issued a newsletter reassuring parents that despite ‘recent events’, it was doing all it could to ‘embrace and celebrate diversity’.