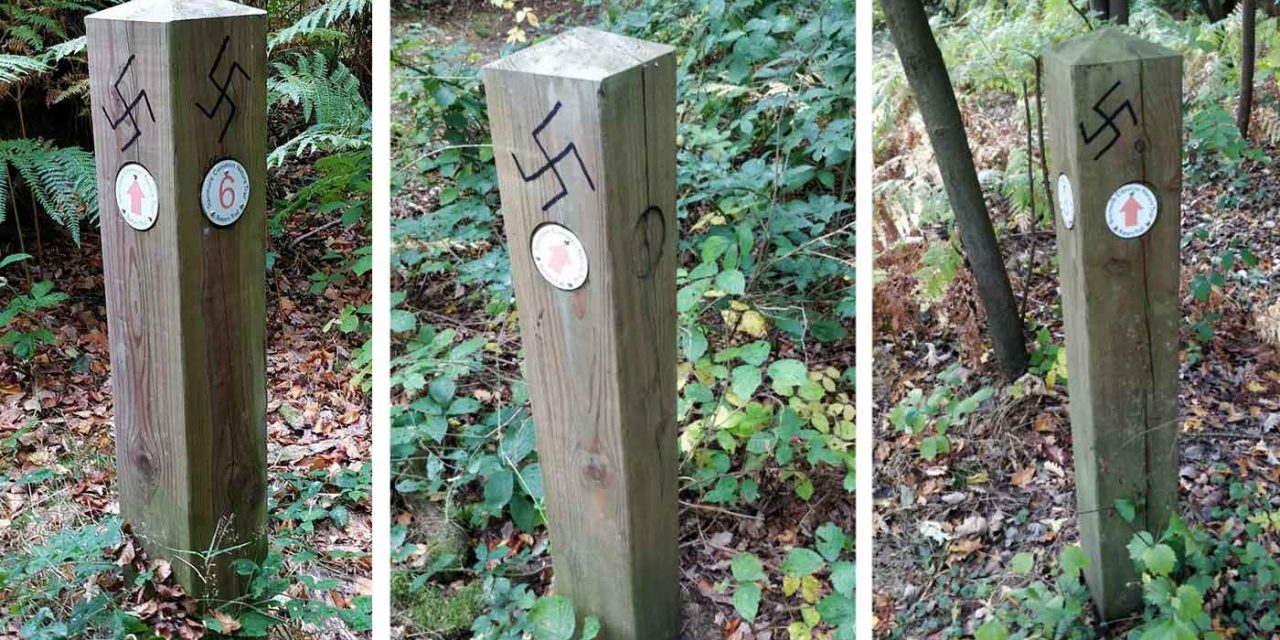 Police are investigating after a number of swastikas were found throughout a nature walk in North London.

The swastikas were daubed on a number of posts signposting walkways in the Stanmore Common Nature Trail. The nature reserve is located in the north-west London borough of Harrow.

Interestingly, the anti-Semitic graffiti was discovered by an Israeli tourist who was visiting family in the area.

The Jewish News reports that David Oliver, whose Israeli cousin found the swastikas, said he was “shocked” to find the graffiti in an area with a large Jewish population.

“I live in Edgware and you see the odd thing from yobs, but I’ve never seen anything like this, I was shocked to see it in Stanmore,” he said.

“Apparently there’s no CCTV in the area so I doubt there will be a lot the police can do. It’s horrible to see this kind of thing in this day and age, but unfortunately, it’s something we’re having to get used to.”

The metropolitan police and the Community Security Trust (CST), which monitors anti-Semitic hate crime in Britain, have been notified.