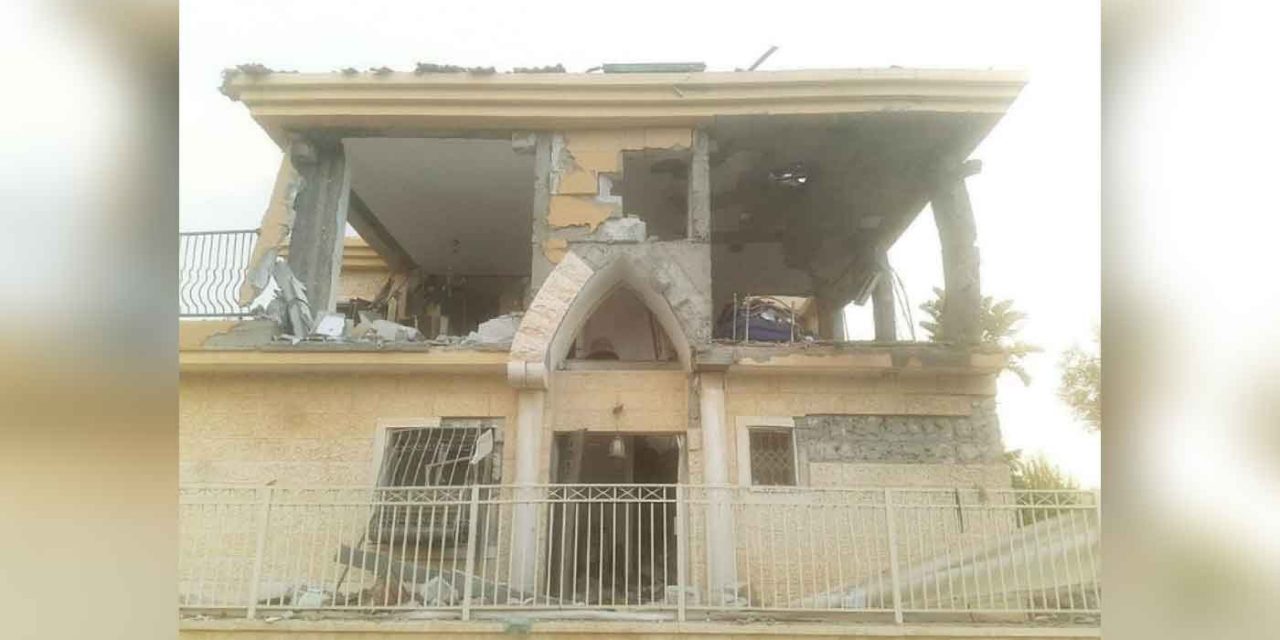 An Israeli home was heavily damaged after a rocket fired from Gaza hit the home in the early hours of Wednesday morning.

The rocket was fired from Hamas terrorists in the Gaza strip and landed in a family home in Beersheba, Israel at around 3:45 am.

Fortunately, the mother and her three children who were inside the house at the time were awoken by the Israeli sirens and managed to reach the bomb shelter before the rocket hit their home.

Join @LTCJonathan live from the house in Be'er Sheva that was hit by a rocket from Gaza last night. https://t.co/Bt3kWbl4zt

The only injury reported in the incident was a woman in another house who fell whilst running to the bomb shelter. She was being treated for a head injury by medical teams.

The attack is seen as a “major escalation” as rockets rarely reach as far as Beersheva. Terrorists can only reach the city using longer-range rockets, such as the Grad.  It is the first time the city has been hit since 2014.

Even though the sirens went off, the rocket was not intercepted by the Iron Dome system.

Following the attack, the government announced that schools throughout southern Israel would be closed for the day. In addition, Defense Minister Avigdor Liberman ordered the crossings into Gaza closed.

Israel has responded by striking around twenty Hamas military targets within the Gaza Strip, killing one known terrorist.

Photo of the floor of a child’s bedroom in Israel hit by a rocket from Gaza hours ago. The child survived physically by escaping to the bomb shelter in time, but it is the trauma of last night that will stay with the family forever. This is terror. pic.twitter.com/fcu9a5Rpkb