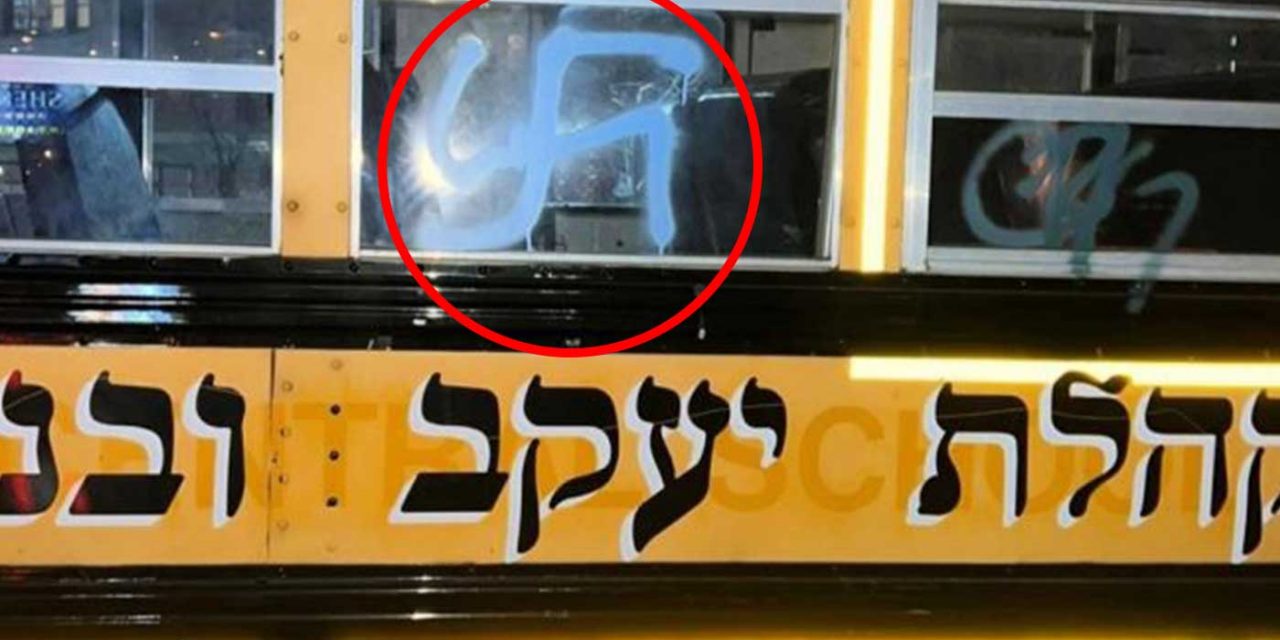 Over the weekend, multiple school buses belonging to a yeshiva in the Williamsburg area of Brooklyn, New York, were spray-painted with swastikas, Williamsburg News reported.

The incident is being investigated by the New York Police Department’s Hate Crime Task Force.

The extraordinary rise in anti-Semitic attacks must stop NOW. We’re working on strategies to expand cultural understanding & deepen tolerance in our district pic.twitter.com/Am1uSke5dg

Brooklyn Councillor Lincoln Restler thanked community leaders for their swift response to the antisemitic incident in a Twitter statement.

“The extraordinary rise in antisemitic attacks must stop now. We’re working on strategies to expand cultural understanding and deepen tolerance in our district,” he said.

The New York/New Jersey chapter of the ADL also condemned the incident, in addition to a number of other recent attacks, in a tweet.

“We are horrified that yeshiva school buses clearly marked in Yiddish could be vandalized in such a way with hateful symbols, especially on the same day that we found two Jewish men to have been assaulted in the area.”

This is the lastest in a string of incidents occurring in and around New York. There were two separate assaults on Jewish people reported over the weekend.

I am angry & heartbroken by two more anti-Semitic, violent incidents in our community over Shabbos.

A man was violently struck upside the head in Bed Stuy by Marcy & Myrtle. Swastikas & other graffiti were spray painted on yeshiva school bus in Williamsburg by Division & Rodney. pic.twitter.com/AVTskJXqOG

One attack was captured on surveillance footage. The attacker could be seen punching a young Jewish man in the head late at night.

“The antisemitic acts of violence and intimidation in our city this weekend are heartbreaking – we stand with the Jewish community in the face of hatred,” New York City Public Advocate Jumaane D. Williams said. “New Yorkers should not have to fear for themselves or their community. We all must unite in solidarity and safety against hate.”