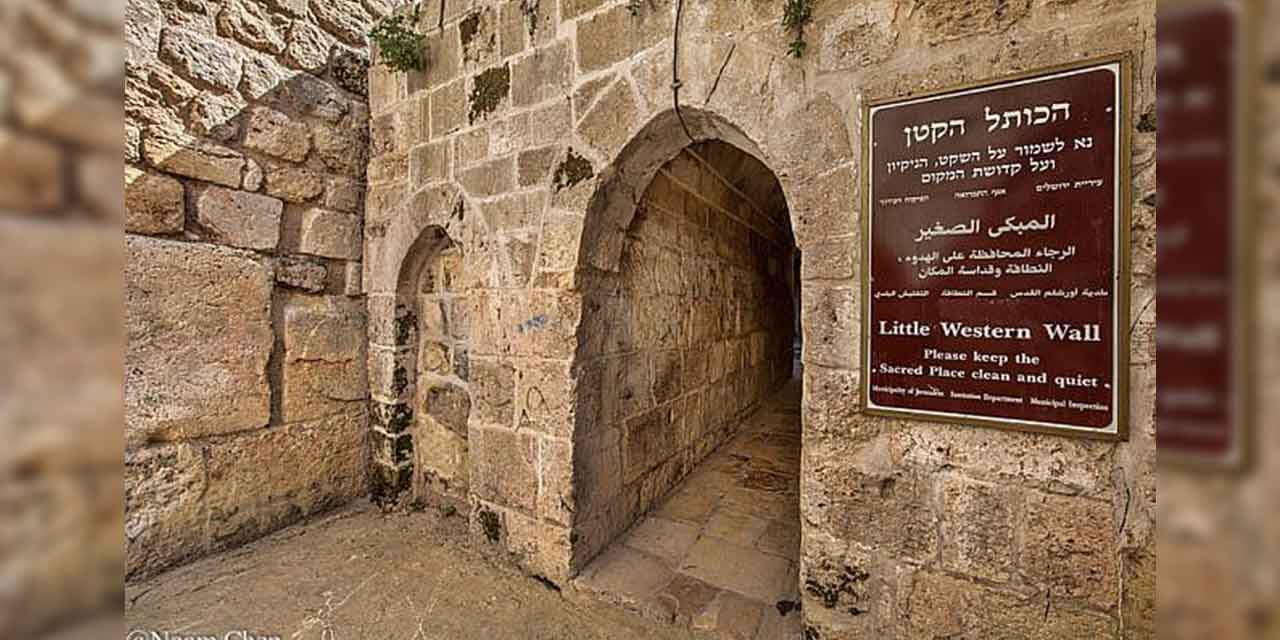 “Slaughter the Jews” was spray painted on the Kotel HaKatan, or “little Western Wall,” a section of the Western Wall located in the Muslim Quarter of the Old City of Jerusalem.

The vandalism took place on Saturday. At least one Arab girl was arrested on Saturday night in connection with the incident. The graffiti, written in Arabic, was covered with more red paint to hide its message.

Sunday 21st July 2019: Little Western Wall in Jerusalem vandalized with anti-semitic graffiti; Graffiti said "Slaughter the Jews" before it was covered over with red paint; Little Western Wall is of deep spiritual significance to Jews because of close proximity to Holy of Holies. pic.twitter.com/hObqUWEkpT

The Kotel HaKatan is located about 200 yards south of the Western Wall Plaza next to the Iron Gate in a narrow alleyway, and only a few rows of its stones are exposed. It is considered the second closest place to the Holy of Holies outside of the Temple Mount, with the closest being inside the Western Wall tunnels.

The Western Wall is a remnant of the Second Jewish Temple which was destroyed by the Romans in 70 CE.