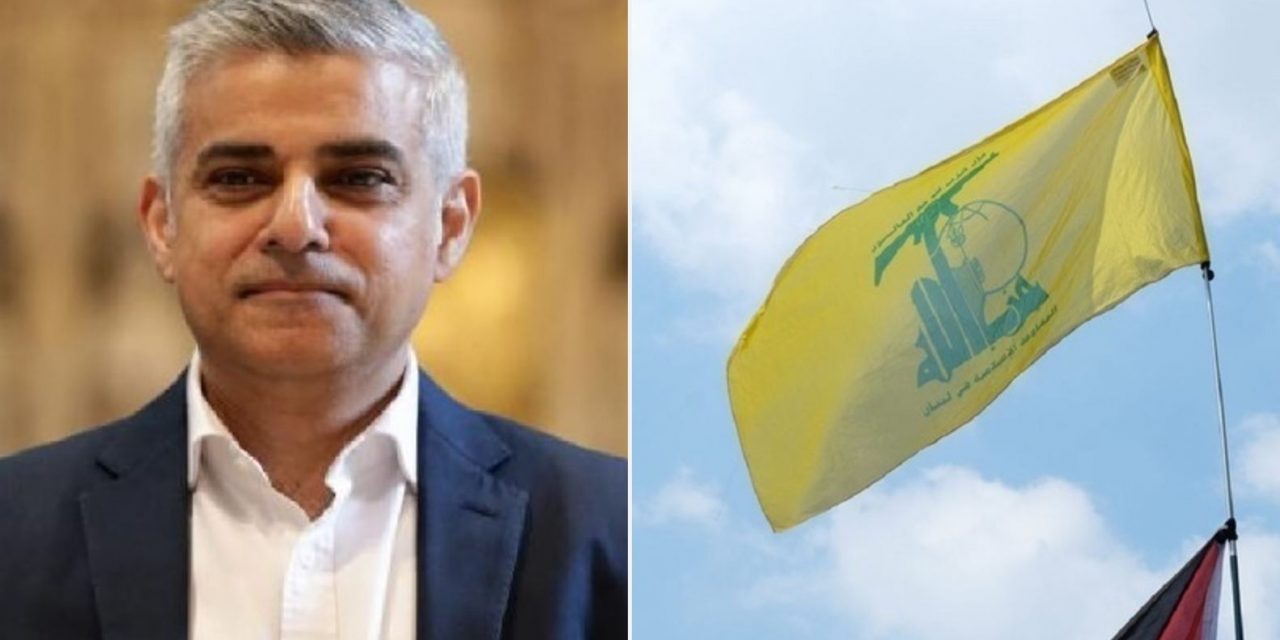 Sadiq Khan has written to Sajid Javid, the new Home Secretary, asking him to ban Hezbollah in order to prevent displays of the group’s flag on London’s streets.

The Mayor of London said it was “astonishing” that the law continues to allow public displays of support for the organisation.

It comes days ahead of the annual Al Quds Day march in London, at which the flag has been flown in recent years.

Under current laws, only the military wing of the organisation is proscribed. Because the flag represents the group as a whole, police are unable to take action against those flying it.

Mr Khan told Jewish News: “What is astonishing is there are people using a loophole in the law to fly a flag of an organisation that’s been proscribed – banned.

“I know from experience and the letters people write to me and speaking to Londoners that they feel the ripples of hatred. It cannot be right than it 2018 there are Londoners who, by virtue of being Jewish, feel these ripples of hate.”

“What’s happening is people who may feel scared by the flag and the association with what Hezbollah have done will see this flag fly in the heart of our city and think ‘how can that be allowed?’.”

Mr Khan had written to the previous Home Secretary, Amber Rudd, to request she close the loophole and fully proscribe Hezbollah, but no action was taken. The organisation is already banned in the US, Canada and Arab League countries.

Mr Khan said: “When I wrote to the Home Secretary I said, ‘look, there is a loophole there – let’s close the loophole’. There was bad news with Amber Rudd but I’ve written again to the new home secretary.

“I thought ‘let’s try with the new home secretary’. I’m optimistic because I speak to people who are affected by the ripples of hatred and I genuinely think if you allow some hatred to be seen to be acceptable, that can soon spread not just to name-calling but to criminal damage and violence and ultimately lives being lost.

Asked if he would support banning the Al Quds Day parade until action is taken to stop Hezbollah flags being displayed, Mr Khan said: “I think it’s difficult. I haven’t got the powers to do so – it’s a decision for the Home Secretary to make.

“We’ve got to be a bit careful about banning marches. You don’t want people to think of themselves as martyrs or to inadvertently create more problems than you solve. There is a solution which is short of that, which is close the loophole around the flag. The loophole is the political wing and military wing. The flag’s the same.

“I’m against marches being banned per se but the Home Secretary has got the power to avoid the ripples of hatred by closing the loophole with the flag.”