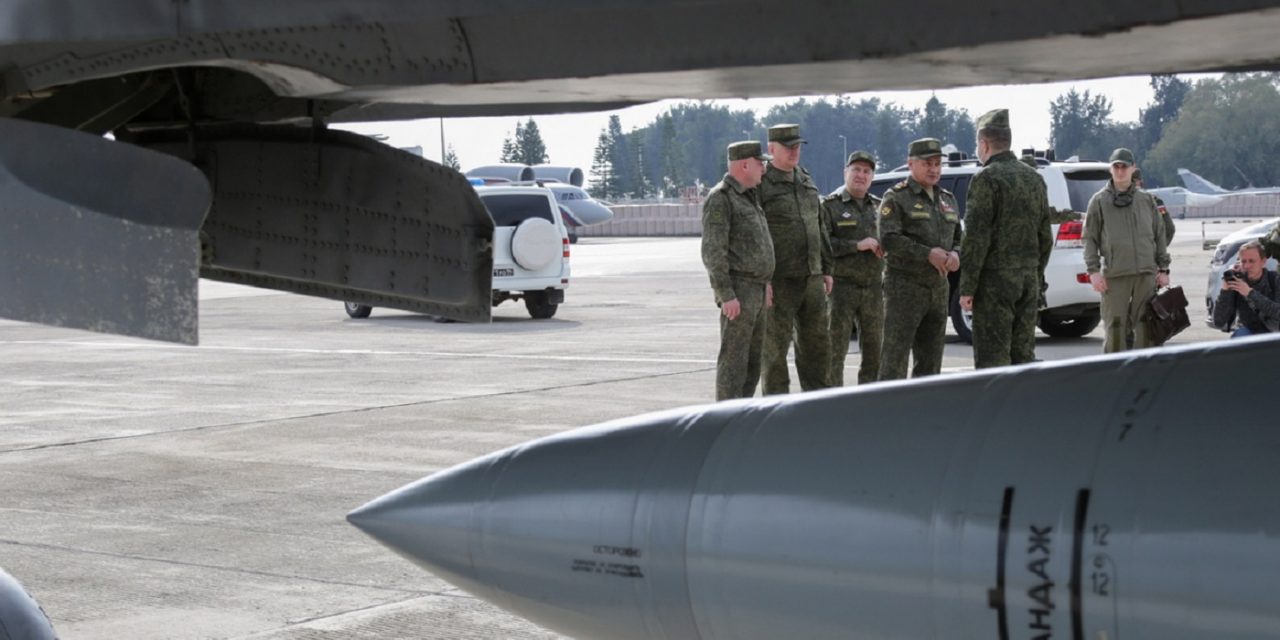 The Russian military on Tuesday deployed long-range nuclear-capable bombers and fighter jets carrying state-of-the-art hypersonic missiles to its air base in Syria for massive naval drills in the region amid soaring tensions with the West over Ukraine.

Russian Defense Minister Sergei Shoigu arrived in Syria to oversee the drills that mark the biggest Russian naval deployment to the Mediterranean Sea since Cold War times. Shoigu met with Syrian President Bashar Assad on Tuesday to inform him about the drills and discuss plans for further military-technical cooperation.

The Defense Ministry said the exercise in the eastern Mediterranean that involves 15 warships and about 30 aircraft is part of a series of sweeping naval drills that started last month amid a standoff over Ukraine. It said the maneuvers were intended to train for action to “protect national interests” and “fend off military threats against the Russian Federation.”

Russia has been backing the Assad regime in Syria’s devastating civil war since 2015 pic.twitter.com/QWCQMKoHIx