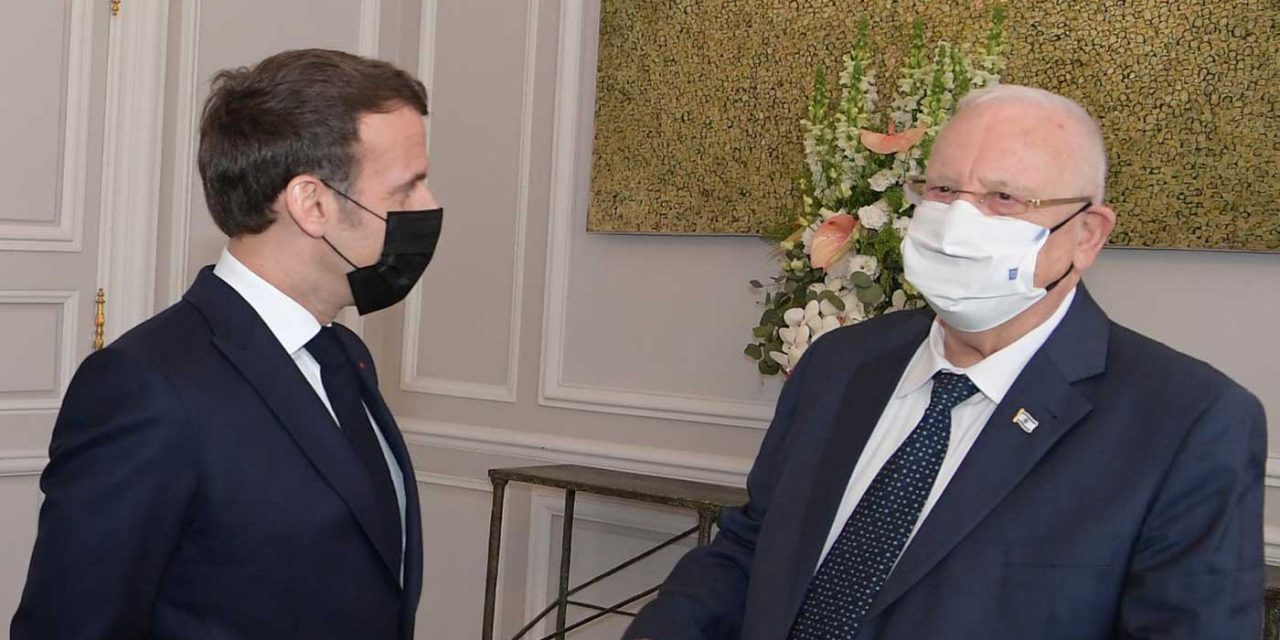 President Reuven Rivlin on Wednesday thanked his French counterpart Emmanuel Macron for backing changes to existing laws after a top court ruled that a Jewish woman’s murderer was not criminally responsible due to having been under the influence of cannabis (marijuana).

Referring to Sarah Halimi’s murder and the court’s decision, Rivlin wrote to Macron: “Your quick and unequivocal response sends a clear message to the family of the victim and to France as a whole that the law as it currently stands is deficient, and that deficiency has allowed a despicable murderer to evade justice and punishment.”

Rivlin wrote that he was saddened by the French court’s decision regarding Halimi’s “antisemitic, brutal and terrible,” murder.

“The facts of the case are accepted,” Rivlin continued. “Dr. Sarah Halimi was a victim of a despicable murder by a cruel murderer because she was Jewish, and everything must be done to send a clear message that there is not, and there won’t be, any tolerance of sick and despicable antisemitism and attacks on Jews because of their ethnicity and religion.”

Rivlin’s letter came after the French President Emmanuel Macron called for a change in the country’s legal system and after tens of thousands of people have protested in the streets of France and at French embassies around the world.

The outrage was triggered after a court ruled that Kobili Traore, a Malian immigrant, would not be tried for the brutal murder of Sarah Halimi, a 65-year-old Orthodox Jewish woman whom he viciously beat for over thirty minutes in her Paris apartment before throwing her out of a window to her death.

“It’s not for me to comment on a court decision, but I would like to express to the family, to the relatives of the victim, and to all our Jewish citizens who were waiting for a trial, my warm support and the Republic’s determination to protect them,” President Macron said.

“I would like Justice Minister [Eric Dupond-Moretti] to present a change in the law as soon as possible,” Macron added.