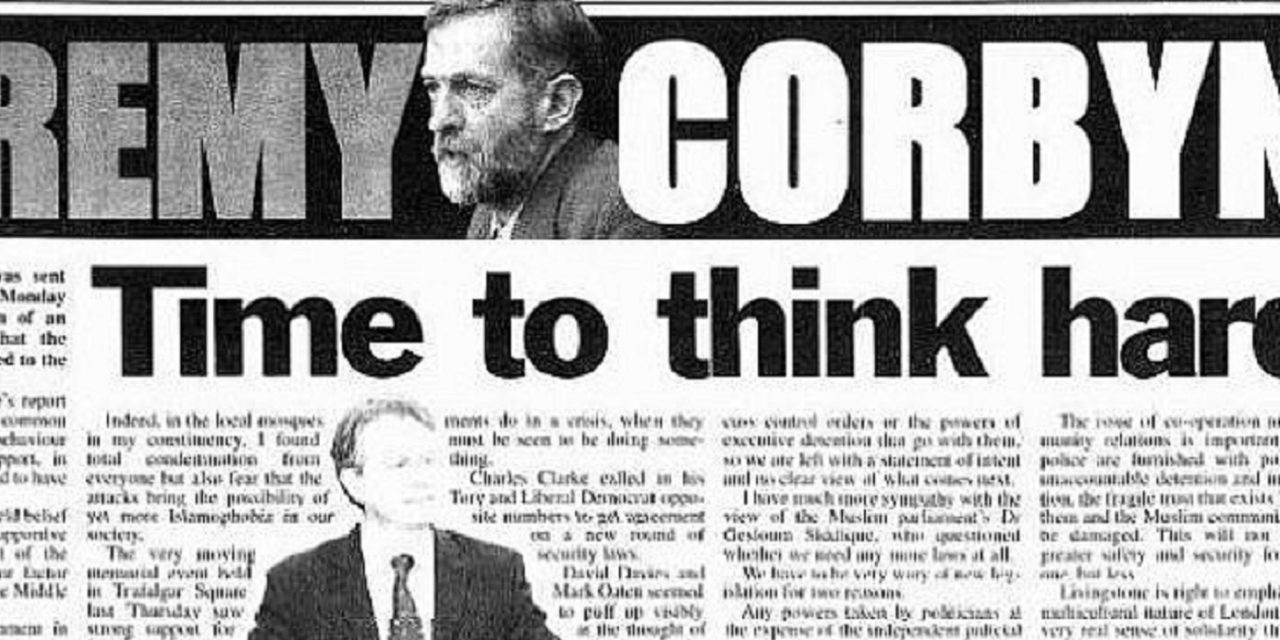 Jeremy Corbyn appears to have hinted that the 7/7 London bombings were linked to British support for Israel – days after the tragedy took the lives of 52 people.

Writing for the Morning Star in July 2005, Corbyn cited a report by the think tank Chatham House, which found the invasion of Iraq to have “given a boost to the al-Qaida network”. 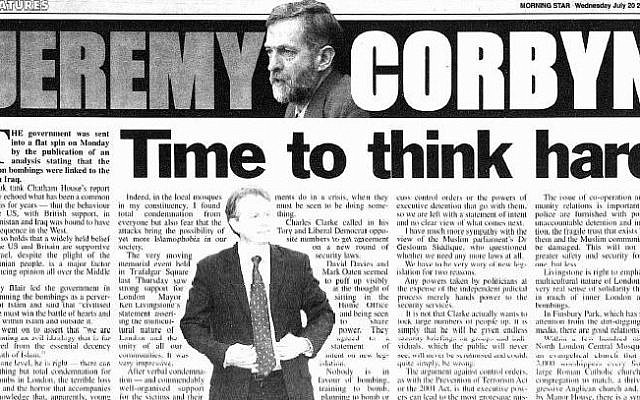 The column, which was written before Corbyn became Labour leader, was discovered by investigative reporter Iggy Ostanin, as reported by the Jewish Chronicle.

“The government was sent into a flat spin on Monday by the publication of an analysis stating that the London bombings were linked to the terror attacks,” it reads.

“Think tank Chatham House’s report merely merely echoed what has been common analysis for years – that the behaviour of the US, with British support, in Afghanistan and Iraq, was bound to have a consequence in the US.”

It continues: “It also holds that a widely held belief that the US and Britain are supportive of Israel, despite the plight of the Palestinian people, is a major factor influencing opinion all over the Middle East.”

“People denied hope and opportunity do things that are crazy and appalling. In the crossfire, wholly innocent people are killed.”

A Labour Party Spokesperson, said: “Jeremy Corbyn rightly identified the role of British foreign policy in the Middle East, its invasion and occupation of Iraq and its support for Israel’s occupation of the Palestinian territories in fueling terrorism.

“This argument was subsequently supported by heads of British security and intelligence services.

“That assessment in no way reduces the guilt of terrorists who must be held to account for their actions.”