Remembering the 850,000 Jewish refugees forced out of Arab nations 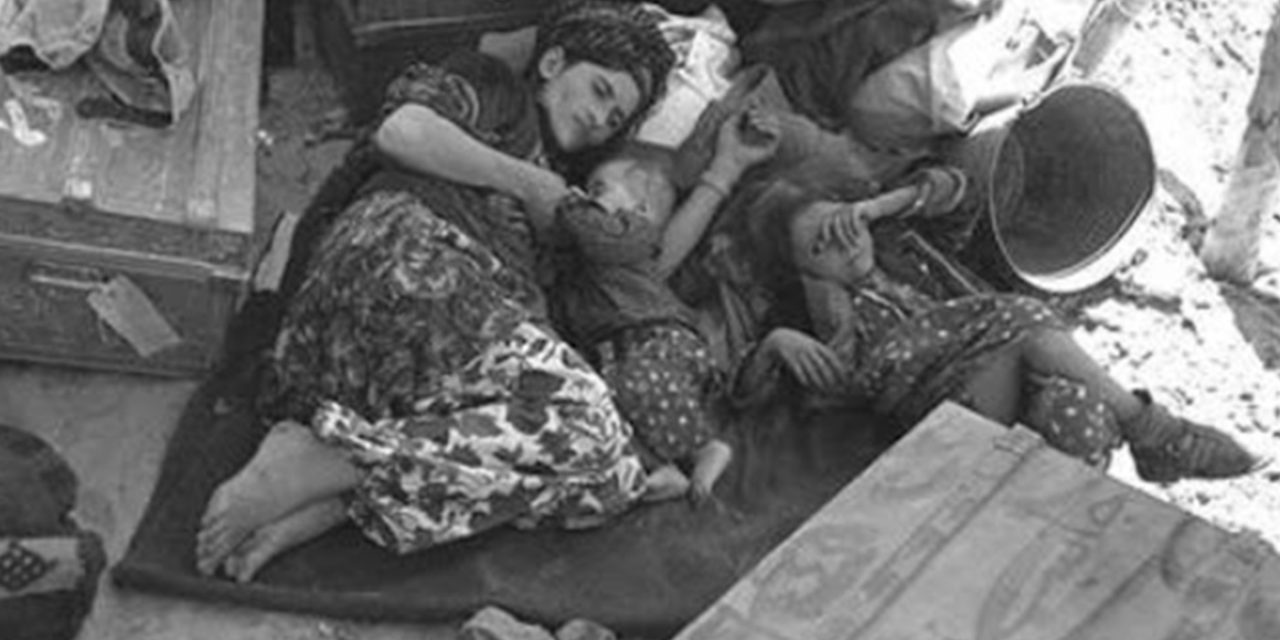 Today (30th November) is ‘Jewish Refugee Day’ which commemorates the tragedy of 850,000 Jewish refugees who were forced to leave their homes in Arab countries where they had lived for millennia.

The date was chosen because it is one day after 29 November, which is when the UN Partition Plan for Palestine was adopted in 1947, marking the start of when Jews in Arab nations began to feel the pressure and hostility towards them from their Arab and Persian neighbours.

In 1948, Israel was reborn as a nation and more than 850,000 Jews were forced from their homes throughout the Middle East, from Morocco all the way to Iran. These ancient Jewish communities predated the birth of Islam. Most of these communities no longer exist today.

Yet most people have never heard of these Jewish refugees. No one remembers their loss. No one tells their stories…until now!

We think you will enjoy meeting these Middle Eastern (“Mizrahi”) Jews. You’ll be inspired by their resilience, by their dedication to building a future of hope. You’ll be moved by their ability to forgive and by their dreams for peace.

And you’ll be empowered to respond the next time someone brings up the Palestinian refugees, as if somehow they were the only ones to suffer from the Arab war to destroy Israel.

Joseph Samuels: “In the ’40’s in Iraq there was about 1450,000 Jews living there. In Baghdad there was about 90,000. Today there is none. But whenever we settled we became part of the country. We don’t live as a victim. Living as a victim is a miserable life.”

J. Daniel Khazzoom was born in 1933, in Baghdad, Iraq. In 1941, when he was only eight years old, the Farhud of Baghdad took place. In 1941, Iraqi Muslims — encouraged by Nazi propaganda — led a pogrom against Jews living in the capital city. Upon witnessing the horror taking place, Daniel and his family hid in their home for several days — fearing for their lives. In 1951, when he was 18, Daniel fled Iraq for the safety of Israel.

Julie Ozon was born and raised in Egypt. In 1949, the region became too unsafe, leaving Julie and her family with no choice but to flee their home. Despite the hardships Julie has faced, she keeps moving forward — choosing forgiveness, instead of hate.

Joe and Remy Pessah met in Cairo, Egypt in 1960 and were married a few years later. They had to flee Egypt after Israel’s 1967 War, but were determined to, “go and step ahead.”

After being taken hostage right across from the American Embassy in Tehran, Simon Sion Ebrahimi needed to find a way to escape Iran. Hear his incredible story.

Karmel Melamed was born in 1978, in Tehran, Iran. However, due to growing violence and uncertainty under the rule of Ayatollah Khomeini, Karmel and his family fled Iran in 1980. Now a journalist, Karmel remains committed to making known the Iranian regime’s human rights abuses which continue to this day, and is an outspoken advocate for the Mizrahi Jewish community.

Penina Solomon was born and raised in Tripoli, Libya and lived as a second class citizen, or “Dhimmi”. In 1967, Penina and her family were forced to flee escalating violence against the Jews.

“Home is where you have peace, where you have love. Home to me, as a Jew, is Israel. To have a country of our own who will shield us – no matter what happens, I can always go home.”

Hila Oved-Brog is an Israeli, with Libyan and German heritage. When Hila’s father was just a boy he was forced to flee Libya due to violence after the Second World War. Hila’s maternal grandfather survived the Holocaust and made his way toward safety in Israel. Despite what her family has been through, Hila was taught the value of triumphing over hate with love and forgiveness.